What are the problems in 5G

5G from Telekom: That's why it often doesn't work yet 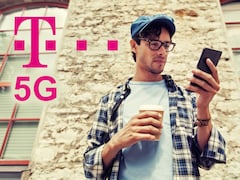 Bumpy start for Telekom's 5G expansion
Photo: Image licensed by Ingram Image, Logo: Telekom, Montage: teltarif.de As reported, Deutsche Telekom announced at an online press conference that it can now reach around 16 million people in Germany with its 5G network. However, joint research by teltarif.de and inside digital has shown that this representation is currently more of a theory. The 5G network at 2100 MHz cannot currently be used with almost all smartphones.

Telekom itself names the 5G variants of the Galaxy S20 series from Samsung, the Huawei P40 Pro as well as OnePlus 8 and OnePlus 8 Pro as compatible with 5G on the frequency, which is new for this network standard and which has so far been used primarily for UMTS. The first generation of 5G smartphones, such as the Samsung Galaxy S10 5G and Huawei Mate 20X 5G, are not compatible and the bottom line is that they are already out of date less than a year after their market launch.

Bumpy start for Telekom's 5G expansion
Photo: Image licensed by Ingram Image, Logo: Telekom, Montage: teltarif.de But even with the end devices that are marked as compatible, the probability that 5G cannot be used at 2100 MHz is still quite high. We have carried out tests with several Samsung Galaxy S20 Ultra and SIM cards from various telecom contracts in the regions in Berlin that are designated as being supplied. The result: where 5G transmits on the 3600 MHz frequency, which has been in use since last year, access works. Here we measured data transfer rates of sometimes more than 850 Mbit / s in the downstream.

As soon as we moved into regions in which 5G should be available at 2100 MHz, we only had LTE available without 5G expansion. A reader who carried out tests in Weimar, Thuringia, confirmed that he too does not have access to the 5G network on the previous UMTS frequency.

When asked, the press office of Deutsche Telekom stated that there was still a software update missing for the Samsung smartphones, which will be available by July 6th at the latest. The 5G network at 2100 MHz can only be used after installing this update. An update is also required for the two OnePlus smartphones that have been shown to be compatible in order to gain access to the expanded 5G network. This was actually planned for last Monday, but was delayed by a few days.

The Huawei P40 Pro remains the only device with which Telekom's entire 5G network can currently be used. This is also confirmed by a reader who owns this smartphone and has already been able to use 5G at 2100 MHz in Ingolstadt. The specialty is less the frequency range than the DSS technology (Dynamic Spectrum Sharing) used here, which makes it possible to offer LTE and 5G in the same frequency spectrum.

However, the experiences we have now made and the information from the Telekom press office are also puzzling. YouTuber Tobske was able to use 5G from Telekom on 2100 MHz with the Samsung Galaxy S20 Ultra in April.