What is yellow revolution in India

The dangers of India's “Green Revolution”

Hunger, rising food prices and rapid population growth present a large part of the countries in southern Asia with a difficult task to solve: How can agriculture provide enough yield for billions of people?

The solution for India is called “Green Revolution”. Behind this is an approach that dates back to the 60s and 70s of the last century and whose motto could well have been “Faster, more effective, more profitable!”. It was nothing less than a turning point in the country's agriculture. Through the massive use of machines, chemical fertilizers and pesticides, as well as highly developed seeds, India was able to increase the productivity of arable farming - and thus satisfy the hunger of the population. However, at the expense of nature. Because the years of use of chemicals, i.e. fertilizers and pesticides, have drained the soil. In addition, ineffective irrigation has lowered the water table in many parts of India. As a result, the farmers' yields have partially collapsed, which in turn caused food prices to rise.

Today more than 1.2 billion people live in India, the population has more than doubled since the start of the “Green Revolution”. And with it hunger.

No danger in India? 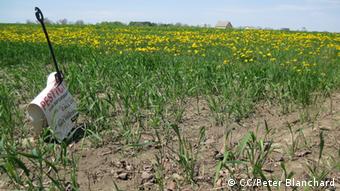 How should the hunger of the rapidly growing population be satisfied? Pesticides are not necessarily the answer.

India is an agricultural nation. More than half of the population lives from agriculture. Yet for hundreds of millions of poor Indians, hunger and food insecurity are permanent and pressing problems. The number of malnourished children is higher in India than in southern Africa. The suicides of impoverished farmers often make the headlines in the daily newspapers.

The Indian government, however, continues to rely on industrial cultivation methods, chemical fertilizers and plant products are massively subsidized. The country needs pesticides in agriculture, it is said from the official side, because the insects of the tropical country would otherwise destroy the plants. Especially with a rising world population and climate change, states would have to ensure the food of all people - and that would only work with chemicals, explains Krishan Sharma, press spokesman for the Indian state research institute for agriculture IARI.

In India there is no danger anyway, after all, the farmers are using the right amounts. “We have examined more than 70,000 food samples in the past six to seven years. We were able to determine increased chemical values ​​in only two percent, ”says Sharma.

But the truth could also be different. Studies by the independent Indian environmental research institute CSE showed a high level of contamination with the pesticide DDT in the blood of people in the Indian state of Punjab in 2005. The result is explosive in that Punjab was India's “bread basket” and it was here that the “Green Revolution” originated. There is now a particularly high number of cancer cases there. In 2013, researchers at the CSE also found that pesticide regulations in India were poor.

The IARI does not believe these studies. "This is all just scare tactics by the NGOs and has now been scientifically refuted," explains Sharma. The cancers in Punjab were not caused by the pesticides, but by drinking water contaminated with radioactive substances and heavy metals. 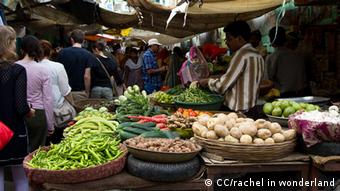 Hazardous Production - Many farmers get sick when exposed to pesticides.

Are the media reports that talk about unsettled consumers just scare tactics? Of course not, says Deputy Director of the CSE, Chandra Bhushan. “It is very difficult to establish a link between a chemical and a disease, after all, we are exposed to more than 200 chemical substances in our environment every day. But if there are many cancer patients and many pesticides in a certain area, and only there, you can see a connection, ”explains the researcher.

Farmers are particularly affected because they are in direct contact with the chemicals. Since many do not wear protective clothing due to the heat, they are not allowed to work with highly toxic substances at all. Most farmers, however, do not know which pesticide they use at all, many cannot read and so they followed the recommendations of their dealers.

Problems in the neighboring country too

The improper use of pesticides is also reported in the small neighboring country of Nepal. “There is no real certification,” complains activist Sushma Joshi. She runs a widely read blog about the environmental conditions in her country. “People use fungicides, pesticides and rat poison indiscriminately because they don't understand what which agent has to be used for,” says Joshi. However, many farmers know how damaging to health an increased use. "The farmers often sell the pesticide-containing foods and keep the organically grown ones to themselves."

When it comes to sustainable agriculture, India could learn something from its small neighbor, Nepal. There are still many farmers here who cultivate according to traditional ecological methods. But that could change soon. "The country is suffering from the increasing effects of climate change," explains Bedraj Paudel from the environmental organization Mountain View Eco Farm (MVEF), which is committed to the expansion of ecological farming methods. In many areas it is becoming increasingly dry or flooding occurs. This drives a lot of people into the cities and so there are fewer and fewer farmers who have to grow more and more food. Many farmers around the cities would resort to chemicals, often using them improperly. 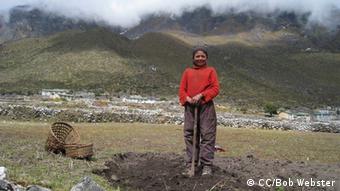 In contrast to their colleagues near the cities, mountain farmers still rely on organic farming

It is important to educate people so they know what pesticides they can use and in what amounts, but that is not all. “Many know the chemicals are harmful to them, but that doesn't stop them from using them. It's the same as stealing: people know they're going to jail, but if they don't have a choice, they go anyway, ”explains Bhushan. Rather, one must create alternatives and promote biochemical and organic cultivation methods.

In Nepal it is currently important to maintain the status quo. Because, according to the environmental protection organization Mountain View Eco Farm, many farmers still cultivate traditional ecological methods - and it should stay that way.

Rethinking in India too

And in India too, farmers are slowly returning to old values. Navdanya, a not-for-profit project based in Delhi, is a prominent example. It was founded by Vandana Shiva, India's most famous environmental activist. According to the organization, which advocates organic agriculture and biodiversity, it has trained more than 500,000 farmers across the country in sustainable agriculture since it was founded in 1987. As part of the project, seed banks are also being set up to preserve local plants.

The big question is: does organic farming have a future in India? Theoretically, the potential is there. According to the Indian Agricultural Products Export Development Agency, only one percent of the country's income has so far been obtained from organic farming.