What percentage of voters are registered Republicans?

How is the electorate made up?

Any US citizen aged 18 or over can vote on November 3rd. In some states, however, criminals are deprived of this right. In comparison to other industrialized nations, voter turnout in the USA is low. In 2016, around 56 percent of the voting age population cast their votes. In 2008 it was 64 percent - a record.

Because each party is courting different audiences, origins or ethnicity are key factors in the election campaign. According to a report by the The US Election Assistance Commission registered more than 211 million voters in the 2018 mid-term elections. In the end, 122 million ballot papers were submitted. The largest ethnic bloc were whites: 57 percent of the white electorate voted.

But the composition of the population in the US is changing, and over the past few decades the white majority has continuously shrunk. The group of the non-white population now makes up a third of the electorate. In 2016 it was just over a quarter. 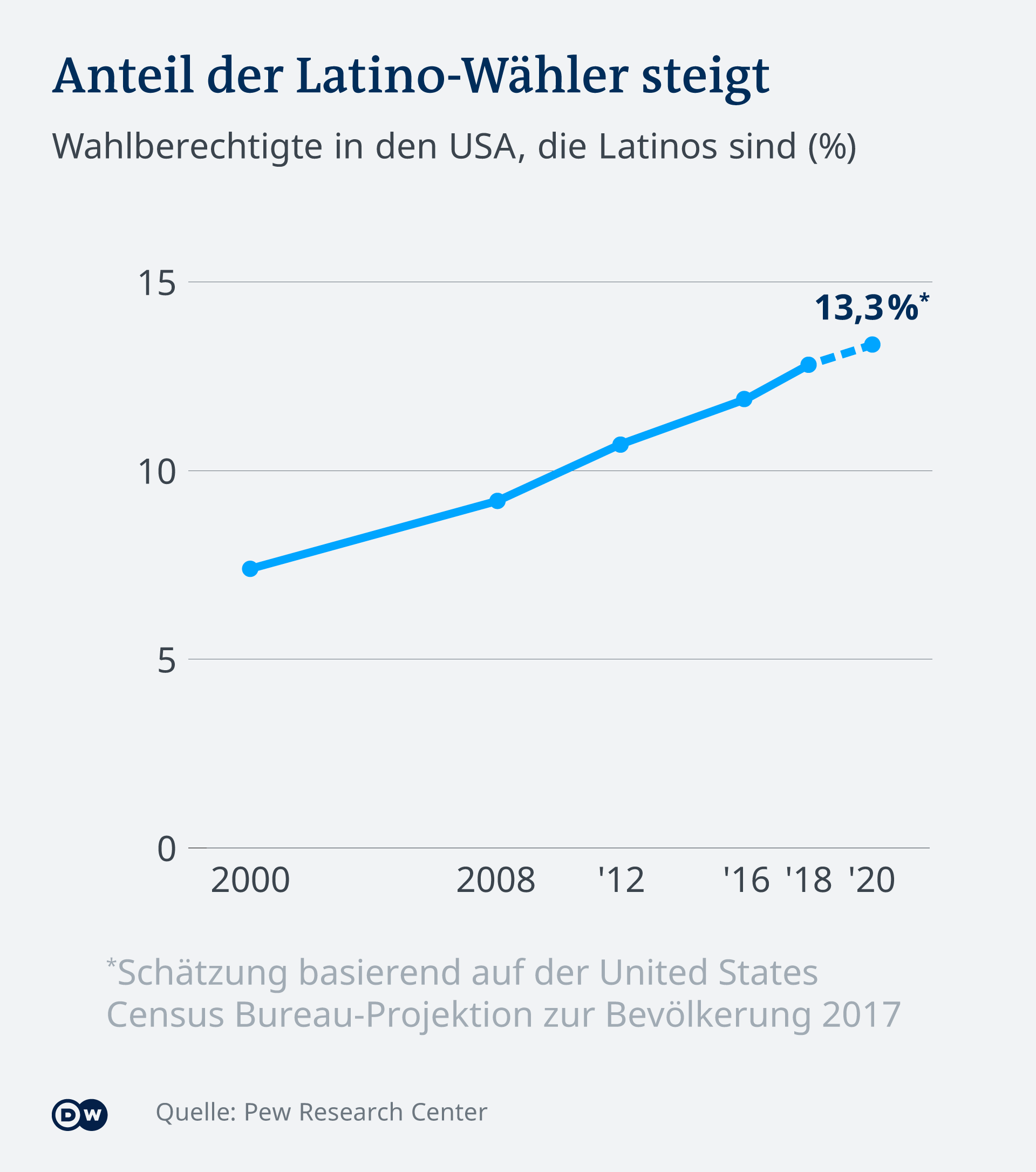 The Latino electoral bloc is often referred to as the "sleeping giant" with the power to influence US politics for decades to come. But neither the Republicans nor the Democrats have so far succeeded in realizing the potential of this group, which is known for its low turnout in US elections.

The corona pandemic has hit African-Americans, Latinos, indigenous and Asian communities particularly hard in the United States. The Democrats hope to turn the election into a referendum on Donald Trump's handling of the virus and are targeting underrepresented groups of voters. Republicans, they argue, wanted to take health care away from them at a time when people needed it most. 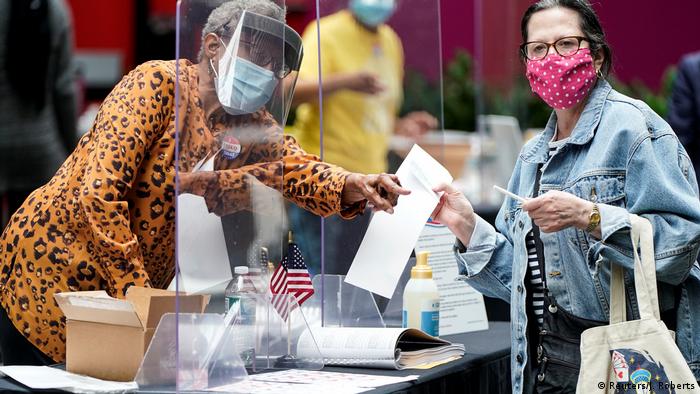 Voting in pandemic times: This is what the ballot box looked like in the July primary in Philadelphia

It remains to be seen whether as many minority groups will vote for Joe Biden as they did for Barack Obama in 2008 and 2012. In 2016, voter turnout among minorities fell. Biden has emphasized his attachment to marginalized groups and signaled to them that he takes them seriously by electing Kamala Harris as potential Vice President, whose father came to the United States from Jamaica and whose mother was from India.

According to the Pew Research Center, 40 percent of eligible voters will be 56 years of age or older this year. In 2016 it was 44 percent. Of these, 53 percent voted for Trump in 2016 - and thus helped him to victory in important swing states in industrial regions, but also in states in the so-called Sun Belt such as Florida and North Carolina.

In 2020, young voters, who will be between 18 and 23 years old on election day, will make up around ten percent of the population of voting age. The "Generation-Z" is ethnically much more diverse than the members of the so-called baby boomer generation. Both parties are courting young voters.

In all presidential elections since 1984, the turnout among women has been higher than that among men. In 2016, 63 percent of women eligible to vote cast their vote, compared to 59 percent for men.

While Biden has tried to present himself as a campaigner for women's rights, underscoring this with the election of a woman as Vice President, Trump and his Republicans are going the opposite way: they have signaled that they want to end legal abortions and the fears of whites Taking advantage of women in the suburbs to secure their support.

Trump's base is shrinking

Voter behavior is also determined by factors such as income, education, religion, sexual orientation and identity. Biden follows his party's traditional approach to expanding the electoral base. The aim is to build a broad coalition of supporters that includes as many minority voters as possible while losing as few white voters as possible. In the past, women and young voters helped the Democrats win. Biden and Harris try to use this again for themselves.

For Trump, ethnicity is one of the most important aspects of this campaign. His base is predominantly white, and it is not only when he communicates with his supporters that he is accused of open racism.

In 2016, Trump won the election with fewer black and Latino votes than any other president in the past 40 years. Yet despite his clearly anti-immigrant stance, Trump has targeted conservative Hispanics in the Sun Belt, particularly in Florida, in hopes of winning votes in key southern states.

Trump has claimed to have done more for African Americans than any other president since Abraham Lincoln. But his open hostility to groups like Black Lives Matter, California Congressman Maxine Waters, and public figures like American football player Colin Kaepernick have hampered his efforts to win black voters.

Rather than aim to expand his base, Trump has tried to convince even more whites without a college degree - the voters who helped him win in 2016. This group is not growing demographically, but since whites without a university degree made up half of all non-voters in 2016, there could still be some votes to be won. According to observers, Trump will have a harder time in this election because his demographic base has shrunk over the past four years.