How can we overcome the status quo

Many people are afraid of change. The technical term is methatesiophobia, sometimes also called neophobia, which is the fear of new things. We make ourselves comfortable in habits, routines and known things, we encounter changes in this comfort zone with doubts, suspicion and fear.

Nobody knows exactly what is changing and what you are getting into. Leaving the security of the status quo is a fear of change. Why can't everything just stay the way it is? The problem: that's not how the world works. Not only is it part of it, it is even necessary for things to change. This cannot be stopped - which is why you have to learn to deal with and overcome your fear of change. Don't make the mistake of closing yourself off for fear of change. We show where the fear of change comes from and what you can do to better cope with change ... 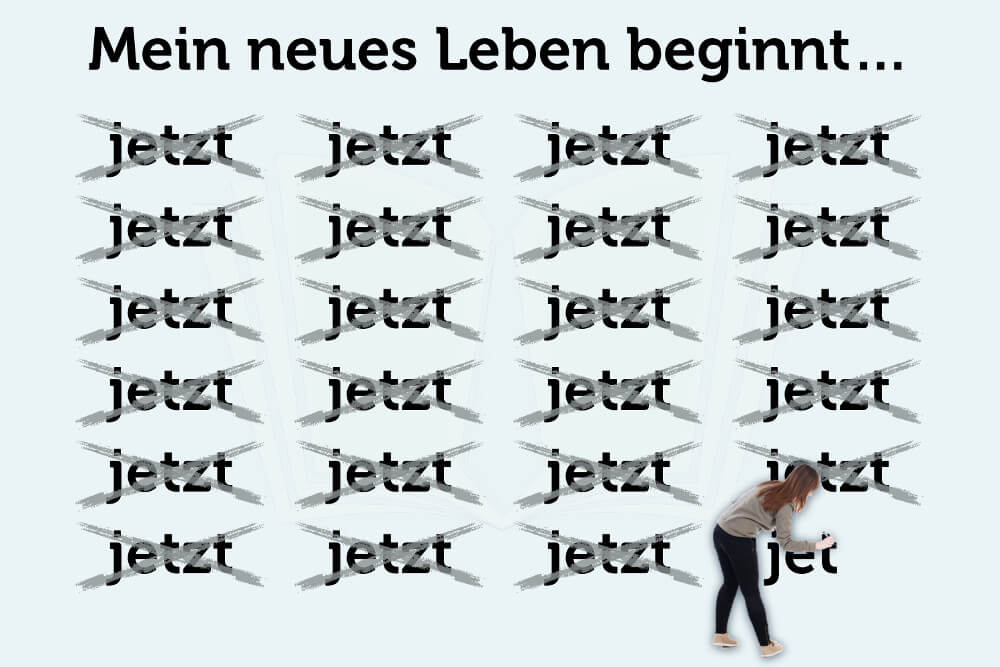 Causes: where does fear of change come from?

It shouldn't come as a surprise to anyone that there have been a variety of changes over the years. After school comes the university or apprenticeship, very often in another city, new apartment, new environment, new friends. It continues like this in work and private life, there are always turning points at which changes are inevitable. Nevertheless, many are caught unprepared, resist it and are afraid of change.

But why? In fact, there are several possible reasons and causes for the fear of change:

One possible cause is bad experiences in the past. Anyone who has ever gone through a change that subsequently turned out to be a debacle does not want to experience something similar again. The one-time negative experience is often enough to stir up lasting fear of change. In the future, it will be assumed that every innovation will also go wrong.

Fear of change can also arise from a feared loss of control. It is never possible to say in advance exactly what will change - and also not whether this will go according to plan. The feeling of not being able to control these things leads to fear of change.

Upcoming changes allow a glimpse into a person's psychology. How does this react? What is his approach to the matter? Is he afraid of change or is he optimistic? However, the circumstances must always be considered - changes can be divided into two types:

The first category is always the more pleasant. Every change here is self-initiated, it is acted on its own initiative and with a correspondingly high level of motivation. In short: we want change and we do our best for it.

Voluntary changes are pending, for example, if the job is no longer fun, you submit your resignation and reorient yourself, or if you voluntarily end your studies early to do an apprenticeship. It is your impulse, your decision or your change - a great advantage for the psychology behind it.

It does not mean that there is no fear of change if it is entered into voluntarily. However, you will be better at accepting the changes and more easily overcome the fear because you have already made a decision for yourself.

These are much more difficult. A fixed-term employment contract expires and will not be renewed even though you would like to stay with the company, your employer files for bankruptcy and you will inevitably have to change jobs. Such unwanted steps lead to great fear of change and initially to rejection. It is difficult to see the chance, besides the fear of change, a forced innovation feels more like a burden. Such a change typically goes through five successive phases: 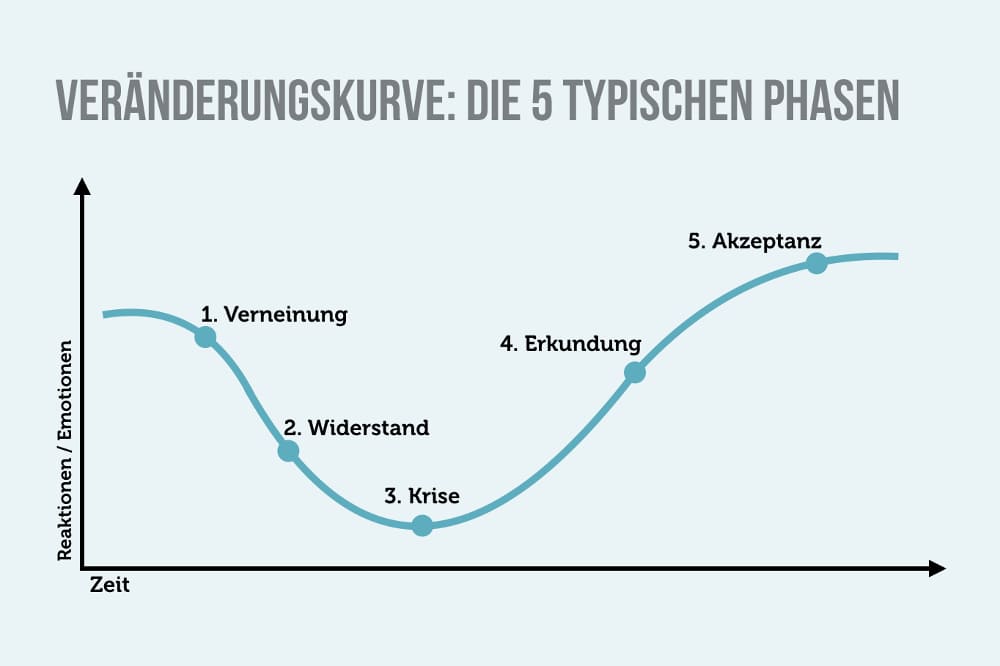 That is why you need to overcome fear of change

The key to success with changes: It doesn't always have to be the very big step that changes everything at once and turns previous life upside down. This is usually only necessary and inevitable when the time is actually right. For fear of change, you have waited so long that it becomes all the more difficult. It is better to overcome the fear of change early on. Then even minor adjustments can have the desired impact. There are three good reasons for overcoming the fear of change early rather than late:

You solve problems before they get worse

Sure, waiting is the easier way in the beginning. They hope that things will work out on their own and that problems will vanish as quickly as possible. Relying on it may work in some cases, but it is not a promising strategy. Usually you have to do things yourself for something to really improve.

If you acted early, you have an advantage. Despite opposing hopes, problems have a nasty habit of tending to get bigger over time. In plain language: the later you start making the necessary changes, the more difficult it will be to fix the damage that has already occurred.

You keep your options open

Not every window that has opened stays open. Most of your options are limited to a certain time frame - and once you have exceeded this, there is no turning back. Make yourself aware of this finality the next time you have to choose whether to leave everything at the status quo.

It also gives yourself the time it takes to make a wise and thoughtful decision about the change. You are not (yet) forced to act immediately and can examine the alternatives carefully and decide on the path that promises the greatest success.

You are continually improving

An important, but unfortunately often underestimated, finding is that improvement is not a one-off event, but a constant and ongoing process. It's not about making changes until the previous methods no longer work. Success is achieved by those who act proactively and consider possible changes even when there does not seem to be a need.

This can be observed again and again, especially in the corporate context. Successful companies don't wait for their business model to hit a dead end, for sales figures to drop, or for customers to switch to the competition. Instead, they are in an ongoing process of change and improvement.

This is how you deal with fear of change

The question remains: What can you do to deal with your fear of change? It is clear that it will not be easy, because overcoming fears requires perseverance, discipline and a good deal of work. The following tips can help you face your fear of change and get it under control:

People have always been concerned with change. Many well-known personalities have already disclosed their thoughts on the subject of change. We have listed some of these sayings and quotes for you - to reflect, inspire and hopefully implement: