What are the most innovative Chinese startups

The Chinese state is currently intervening heavily in the regulation of the local Internet industry. As a result, access to the most innovative Chinese technology start-ups could improve significantly for European industrial investors.

The large Chinese technology and Internet companies Baidu, Alibaba and Tencent have long been regarded as model companies with relatively great entrepreneurial freedom. In the meantime, however, the Chinese state is intervening massively in the domestic Internet industry. The interventions particularly affect Alibaba and its related company Ant Group. Ant had to cancel the IPO planned for the end of 2020 and Alibaba is likely to part with part of its previous business portfolio. Such interventions by the Chinese state open a window of opportunity for European companies. Because up-and-coming startups and companies will now have more opportunities and European companies could participate in them.

A highly innovative start-up scene has established itself in China. The new fourteenth five-year plan is intended to further expand the innovative strength of the Chinese economy. Research and development spending is to be increased by seven percent annually from 2021 to 2025. These funds will benefit state-owned corporations disproportionately, but private technology start-ups are also likely to receive a considerable boost in capital.

Networking with this innovative sector of the Chinese economy has often been difficult for European industrial companies. China's leading technology corporations are extremely broad-based and act as a kind of “start-up vacuum cleaner”. Starting from their core businesses, they have developed into highly diversified digital conglomerates by taking over a large number of start-ups. At the same time, a well-financed venture capital industry has developed in China with around 14,000 registered VCs, with around 50% of the capital invested in the IT and Internet sectors. Due to the dominance of Chinese technology groups and their corporate venture capital areas as well as venture capital firms, European industrial companies often had little access to the most innovative and promising Chinese start-ups.

Observing and, if necessary, working with the Chinese start-up scene should become an integral part of their innovation strategy for European companies. The government-enforced pause for portfolio expansion on the part of Chinese technology companies can enable bold deals that would not have been realistic until recently. 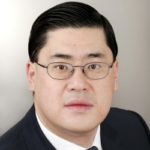 Dr. Marc Szepan is Lecturer in International Business at the University of Oxford Saïd Business School, where he also received his PhD. Before that, he held various management functions at Lufthansa, most recently as Senior Vice President, Airline Operations Solutions, at Lufthansa Systems. He was one of the founding members of the Mercator Institute for China Studies (MERICS) in Berlin.