How can the mainstream media be fixed? 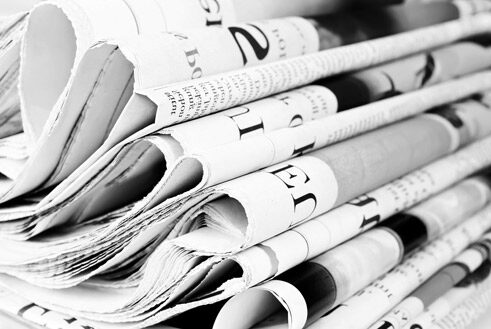 Is the press lying? | © mitrija - Fotolia.com

Companionship with elites, one-sided reporting, abuse of power - many Germans are dissatisfied with the media. How justified are the allegations? And how can journalists regain citizens' trust? Four commentaries from the fields of journalism, science and politics.

Have the Germans lost confidence in the credibility of journalistic reporting? Since the supporters of the Islamophobic Pegida movement and the right-wing party Alternative für Deutschland (AfD) have been calling the media “lying press”, this has been the subject of public debate. According to a survey by the opinion research institute infratest dimap from October 2015, around 72 percent of those surveyed do not share this accusation. But at least 20 percent explicitly acknowledge the term “lying press” when they think of newspapers, radio and television in Germany. And 42 percent of all respondents express fundamental doubts about the credibility of journalistic content.

How justified is the criticism of the media? When is it used for political propaganda? To what extent can it also be constructive? And what role does the difficult economic situation, in which many editorial offices find themselves in the course of digitization, play in the credibility crisis? The media journalist Petra Sorge, the political scientist Thomas Meyer, the politician Tabea Rößner (Bündnis 90 / Die Grünen) and Uwe Krüger, communication scientist at the University of Leipzig, answer these questions. 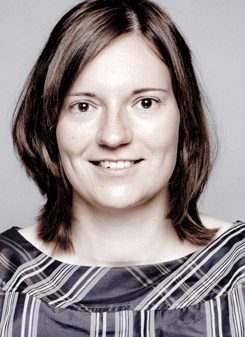 Petra Sorge | © Andraes Dallmann for Cicero (Ringier Publishing GmbH) When we talk about the current credibility crisis in journalism, I think it's important to first separate two things. On the one hand, the media are the projection and attack surface for one of the most dangerous cultural-political struggles for direction since German reunification. On the other hand, they are in a phase of economic crisis due to the digital upheaval.

The word “lying press” was voted “Unword of the Year” in 2014 because, as the jury justified, it was already used to defame independent media during the First World War and during National Socialism. With the term adopted by the Islamophobic Pegida movement and which lives on in the environment of the right-wing populist AfD party, the media is generally denied the democratic control function. The accusation is that German editorial offices, with a view to apparently politically left-wing discourse sovereignty, are concealing facts or conveying a pro-government “spin” to their stories. The coverage of the sexual assaults in Cologne and other cities on New Year's Eve 2015/2016 shows, however, that there can be no talk of left discourse sovereignty. Crimes committed by migrants have now moved into the focus of reporting, as has criticism of Angela Merkel's refugee policy.

When the “credibility crisis” is mentioned, then it is also about economic factors. Digitization has accelerated the production processes in the media and melted advertising revenues. Editorial offices are being thinned out and there is less and less time for research. In the search for new sources of income, publishing houses are entering into new, dangerous alliances: Through so-called "native advertising", advertisers are given the opportunity to give content the appearance of editorial contributions.

Establishing credibility means not being impressed by right-wing political attacks, but also maintaining editorial independence from advertising influences. And for all other forms of criticism that are expressed via comments and social networks, for example, it is important to take the audience seriously, to have a constructive debate and to create transparency. Knowledgeable “partial publics” on the Internet can even be of help for this by providing research information or uncovering errors. 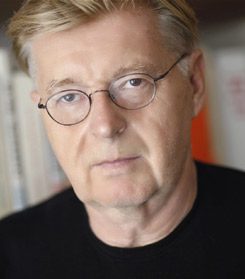 Thomas Meyer | Photo (detail): © Reiner Zensen Since 2014, the slogan “Liar press” has been the battle cry with which the Pegida protest movement, penetrated by right-wing populists, is aggressively fighting the German mass media. This blanket attack was rightly rejected by the media. Nevertheless, a discussion has begun in society and among some journalists about the actual failings and one-sidedness of German mainstream journalism under the heading of “communication infarction”. The awareness is spreading that something is going wrong in the relationship between society and its radio and print media. Mistrust and alienation grow.

Where this comes from can be summarized in three points. For one thing, trust in the objectivity and truthfulness of the mass media has suffered. When comparing their own experiences with the image of society spread by the mass media, many citizens perceive that quite a few journalists try to make politics themselves with covertly partisan reports and comments instead of serving as fair administrators for social introspection. And: From the talk shows to parts of the quality press, there is a tendency to depoliticize political events. Instead of debating relevant social issues, personal rivalries are staged between celebrities. After all, many media are dominated by a worldview in which the most important social problems such as growing insecurity, inequality and exclusion only play a marginal role.

Media and society are drifting apart. The relationship of trust between society and its media has been disrupted. Of course, the first thing to do is to reject the blanket attacks by right-wing populists. But then the republic needs clarifying talks in order to be able to repair the visible cracks. 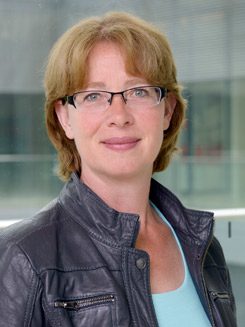 Tabea Rößner | Photo (detail): © Stefan Kaminski / Bundestag faction Bündnis 90 / Die GrünenFirst of all, caution is advised with catchphrases such as “Gleichschaltung” or “Lies press”. These are political battle terms that are really unsuitable for depicting the situation in this country. The same applies to the accusation that journalists and the power elites have repeatedly voiced their friendship. Such conditions prevail in totalitarian states, but we are far from that in Germany.

In other words: one should be careful not to demonize the media in general. Do media make politics and opinion? Yes. But that is also their constitutional role. The media serve the freedom of expression and freedom of the press and should give citizens the opportunity to receive different opinions and to form their own picture.

However, we absolutely have to take the massive loss of trust in the media, which has also been proven by surveys, seriously. The key question is: how do we deal with this credibility crisis? I believe that it is important for broadcasters and publishers to rethink their own roles. The time of sole interpretive sovereignty over social reality is over. What we need is reflection and an open error culture. Working conditions and methods have to be made more transparent, the media have to make themselves much more an issue.

In addition, it is important to redefine the journalistic mission. It is no longer enough to simply deliver messages. The background and classification of information are becoming more and more important. In this way we can avoid that more and more people believe the supposedly simple answers, the dubious blogs and conspiracy theories.

Of course, that's also a question of resources. Comprehensive reporting, intensive research, more detailed articles and more editors and correspondents on site - all of this has its price. Here, not least, politics is called for. In view of the (difficult) economic situation, how do you succeed in creating framework conditions so that the media can continue to deliver the high journalistic quality that we need for a well-functioning democracy?

“Narrowing the media discourse” - Uwe Krüger, journalist and media researcher at the University of Leipzig 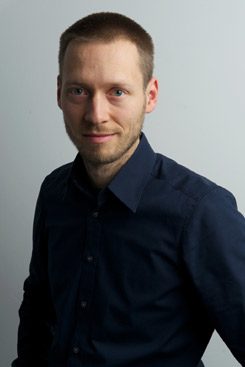 Uwe Krüger | © Olivia Jasmin Czok / University of Leipzig “System press”, “mainstream media”, “synchronization”, “lying press” - the terms are exaggerated. Nevertheless, defense and repression do not seem to me to be adequate strategies for dealing with this criticism. Because even established publicists and politicians share certain impressions. The editor of the spoke of “self-alignment in the newspaper industry” Süddeutsche ZeitungFranziska Augstein already in 2005. The one at that time Wirtschaftswoche-Editor-in-chief Roland Tichy called it in 2008 "voluntarily synchronized press", and Federal Foreign Minister Frank-Walter Steinmeier was amazed at a media congress in 2014 about "homogeneity" and "pressure to conform" in the editorial offices.

Of course, there is no Ministry of Propaganda in Germany that regulates the media landscape by means of precensorship. There are, however, various mechanisms that, when interacting, have similar effects and lead to the fact that readers “feel that the established media have been ripped off informationally”, as the sociologist Arno Klönne puts it.

These factors include, for example, the economically precarious situation in which many editorial offices find themselves today. A mixture of time pressure, dependency on PR and fear of job cuts leads to a climate in which journalists have little incentive to question the setting of topics and things that are supposed to be taken for granted. Another important reason for the homogenization of the worldview is the homogeneity of the journalist milieu itself. Young people are mainly recruited from an upper class socialized in the West, and the journalists who set the tone for foreign policy usually have good contacts with the USA, NATO and the EU.

Basically, I believe that the media are strongly oriented towards the discourse of the political elite when it comes to setting topics. Now the parties have more and more aligned in their political positions. That, too, may have narrowed the media discourse. In many subject areas we also have considerable rifts between the majority opinion of the population and the actions of elites - if users then perceive the big media on the part of the elites and their own questions are not asked, trust can be lost.

Klaus Lüber collected the statements. He is a cultural and media scientist and works as a freelance writer for the "Süddeutsche Zeitung", "Die Zeit" and "Die Welt".

Do you have any questions about this article? Write us!