What are the current problems facing teenagers

Every day teenagers call the number 147 because they have problems in their family. And are overwhelmed in everyday life and otherwise cannot confide in any other caregiver. 147 she knows the most important problems of young people. 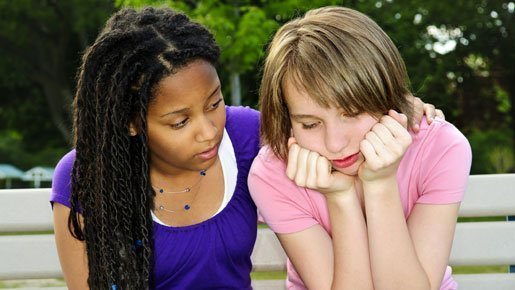 The most important problems of adolescents usually revolve around the topics of friendship, love and sexuality. Photo: Ingram Publishing - Thinkstock

An average of 16 children and young people call every day because they have problems in their families. Three quarters of all questions concern four main subject areas:

Half of all questions to Counseling 147 revolve around the topics of friendship, love and sexuality. Teenagers want to look cool, but often teenagers know terrifyingly little about friendship, love, and above all: sex and its consequences.

Mere information about the risk of infection or contraceptives is often not enough as a guide to action. Teens want to know more about how to show their feelings. And how they can address contraception and their own needs in their partnership. But also how they can deal with problems such as pregnancy or their questions about homosexuality.

Kevin, 16 years old, no longer found meaning in life. He saw no future for himself and no people who could give him support. He says: "Without the 147, I would no longer live today."

10% of all questions deal with difficulties in school and in the world of work. More and more schoolchildren are struggling with the pressure, which is constantly increasing due to increasing school requirements and a lack of apprenticeships. But there are also personal problems with school colleagues and teachers that occupy many young people.

5% of all questions are about violence: violence between young people, violence by adults, physical and psychological violence in the family, bullying, sexual assault, the list is long. Often adolescents direct their aggression against other people because they cannot withstand the pressure to which they are exposed themselves. Many young people and children do not know how to deal with the violence directed against them by other young people or adults and need advice.

Anna, 14 years old, experienced arguments and abuse instead of warmth in her parents' home: “My parents argued all the time. And they kept beating me for every little thing. ”Anna only wanted one thing: to run away. She says: "Without the 147 I would be living on the street today."

Another 5% of all questions to counseling 147 concern the problem of addiction and questions about drugs. Addiction always has a history - sometimes a long one - and a bundle of social and psychological causes. In Switzerland, 12,000 children now drink alcohol every day. The risk of addiction increases the earlier alcohol is consumed and the age threshold for alcohol and drug consumption continues to decline.

Other important topics that come up again and again are:

Many children today are left to their own devices and have no caregivers whom they trust. Many parents are overwhelmed for a variety of reasons. Many children are neglected or physically or emotionally abused. In each of these cases, the children's healthy development is hindered in the long term.

Suicide is the second leading cause of death among young people in Switzerland. Many of them see no other way out of their problems. More than 100 children and young people take their own lives in Switzerland every year. And for every suicide there are five to ten suicide attempts by other children.

Brand awareness, material status symbols and high cell phone bills are ruining the budgets of many teenagers. Because they have often not even learned how to handle money, a quarter of 16 to 25 year olds spend more money than they have. Many of them are even deeply in debt and do not know how to get out of this situation again.