Visitors to the 1964 New York World's Fair couldn't believe their eyes when Ford unveiled the "Big Red" alongside its Mustang. One or the other may have remembered pictures of the GM Futurliner presented 30 years earlier. But the Big Red managed to outperform its old GM competitor in almost all respects. The big difference is immediately noticeable: The Big Red consisted of a tractor and two twelve-meter-long Fruehauf trailers. Duration? Yes, because apart from the tractor that was recently spotted but still hidden by an anonymous owner, nothing of the rest of the prototype can be found.

The tractor itself is 6.02 meters long, 3.96 meters high and 2.44 meters high. The wheelbase is 3.02 meters, the turning circle 12.8 meters and the ground clearance 20 centimeters. In full train operation, the driver maneuvered a 29.26 meter long and up to 77 ton heavy vehicle with a top speed of up to 126 kilometers per hour. Thanks to its 1,060 liter diesel tank, the Big Red has a range of 966 kilometers.

But what is special is not its range, but the entire drive. Because the Big Red has a 600 hp diesel turbine of the type 705. A turbine that Ford originally developed for the US military. The idea behind it was to have a good engine for tanks, minesweepers and small ships. The Big Red was, so to speak, a cheap PR offshoot of the military project. 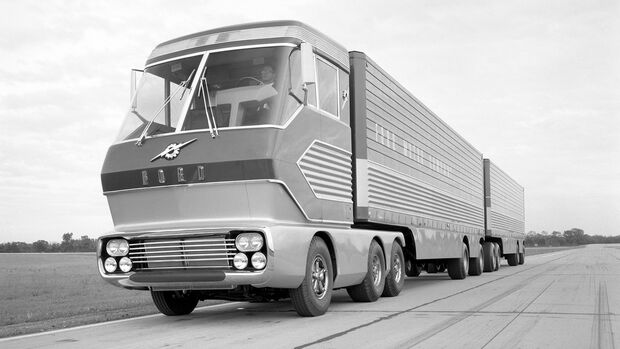 ford
The Ford Big Red made 966 kilometers in a row.

It has to be noted that the turbine engine is unsuitable for a tractor-trailer because of its extremely high speeds and - as we now know - its high fuel consumption. However, if you could run a turbine engine on inexpensive fuels like diesel, you would have a high torque engine that is cheap to run, quieter, and far quieter than any diesel engine. At least that was the theory. Both Ford and GM had spent years developing their turbine engines from the late 1940s onwards. In the mid-1960s, Ford was ultimately the first manufacturer in the trucking scene with a functional prototype called Big Red.

1.92 meters headroom in the cockpit

Ford combined the turbine with an Allison five-speed automatic transmission to power the tandem axles. At the same time, the Big Red caused a sensation with its air suspension, as it was the first semi-truck in the USA with such damping. In addition to the mechanical innovation, the interior was also very interesting. Big Red was designed to move cargo over long distances, so Ford designed the cabin to accommodate a crew of two drivers. The cockpit was 2.13 meters wide and 1.92 meters high. 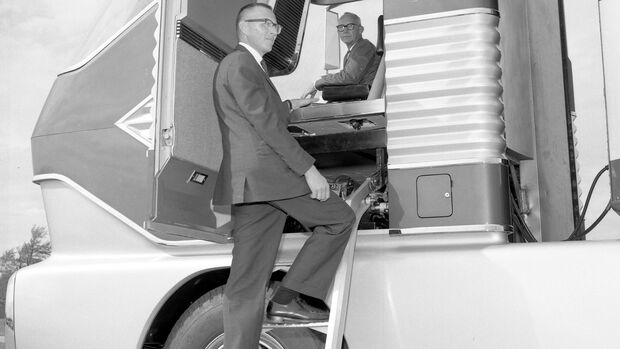 ford
The stairs came out of the driver's cab by itself.

To avoid driver fatigue and improve transit times, Big Red also has a kitchen with drink dispensers, a refrigerator and a warming oven. There is even a toilet on board. While one person is driving, the other can hang around in the interior, take a nap, or even look at the television, which is only visible from the passenger seat.

Dream with no chance of realization

As was common at the time, Ford took the Big Red on a tour of the country and visited several major cities including Boston, Philadelphia, Washington DC, Dallas, Chicago, Denver, Oklahoma City and Los Angeles. Ford touted the turbine truck as a technology of the future and went so far as to put Big Red in advertisements next to the hot Ford Mustang. However, the dream that solvent Mustang customers would also put a Big Red in front of their house should never become a reality. 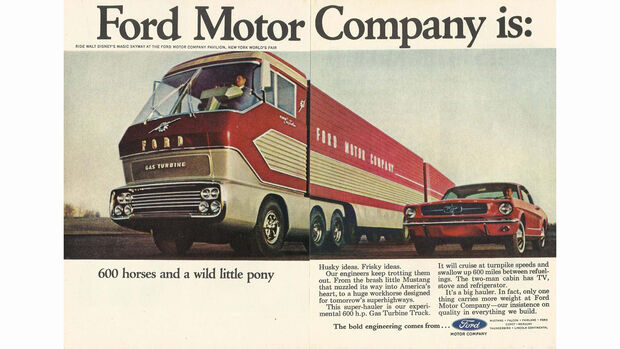 ford
The perfect Ford customer buys a Mustang and a Big Red - in theory.

Although Ford was outwardly optimistic about turbine trucks and experimented with the idea until the 1970s, the automaker knew that the Big Red project was not viable for production due to the cost and efficiency issues that made turbine cars fail was. Ford didn't even have use for the prototype after its cross-country promotional tour ended.

Like most expired concepts, the engineers should therefore actually dismantle it again at this point in time. In the late 1960s, however, through a no longer comprehensible series of events, Big Red came into the hands of Holman Moody, Ford's factory-supported racing team. Photos show he was parked in the Holman Moody warehouse hangar in North Carolina for at least a decade before the racing team split from him in 1978 as part of an inventory sale. 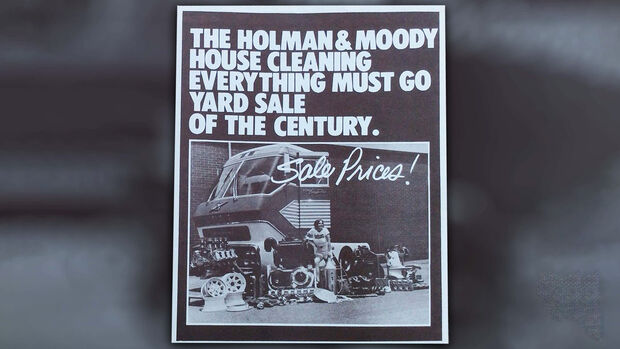 After that, the trail disappears. Apart from a few comments on social media and one or the other picture, there is still nothing to see of Big Red. However, it is believed that it could go under the hammer at a major auto show like Pebble Beach in the near future. It remains exciting.

Which drive concept does the future belong to?

Ford's Big Red is an innovative turbine-powered truck. In view of the high consumption values, it is no wonder that this could not prevail. On the other hand, it would be a miracle if its anonymous owner would finally bring the unique item back into the daylight. We stay on the ball.