Magazine for metal, progressive and rock

It is probably the most popular and never finally answered question among all music fans: Which band is the best of all time? Numbers and statistics can give a clue, but they will never obscure the personal feeling we feel when our favorite band is live on stage - no matter how well known they may be. However, that shouldn't prevent us from taking a general look at rock music today and choosing the greatest bands of all time. Who will end up in first place? 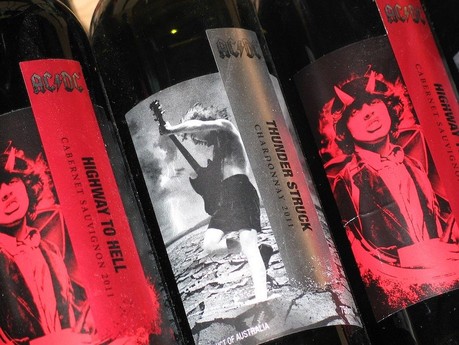 The most famous rock band of all time is, at least if you believe the Australians, of course AC / DC. They are not completely wrong, since Angus Young and Co. have been active together since 1973. Over the years the band had to deal with a few blows of fate. Singer Bon Scott died in February 1980, but was heavily replaced by Brian Johnson, who made his debut on "Back In Black". After he had voice problems on the last tour, Axl Rose from Guns N 'Roses replaced him. These are themselves one of the greatest rock bands of all time and are still extremely popular. While on the one hand the band shirts are sold by large fashion chains, as in the case of AC / DC, online gamers can also enjoy the Guns N 'Roses slot machine. The latter includes the most famous tracks as background music and uses the band logo, the members and more as symbols. Rumor has it that a new AC / DC album will be released soon. After all, the band delivered great songs like “Hells Bells”, “Back in Black”, “Let There Be Rock”, “Thunderstruck” and many more.

Pink Floyd was founded in 1965 and lasted until it split up in 2015. The British band was responsible for a completely new style that combined different elements into a great mixture. Two albums in particular underlined the long history of the band: “The Dark Side of the Moon” is the third best-selling album in music history, “The Wall” is the best-selling double album of all time. With so many popular albums, the number of well-known songs is no longer surprising: "Shine on You Crazy Diamond", "Wish You Were Here", "Time", "Money", "Another Brick in the Wall", "Comfortably Numb" - the list goes on almost indefinitely. In 2014, with "The Endless River", an album was released for the last time after 20 years, on which previously unreleased recordings were used to bring the sound of Richard Wright, who died in 2014, to life again and to keep it literally alive.

Three years after Pink Floyd, Led Zeppelin was founded in 1968 and has also been immortalized in rock Olympus over the years. Already in 1980 the band history came to an end due to the death of drummer John Bonham, which didn't stop Led Zeppelin from releasing one big song after the other. The first four albums were all named numerically after the band themselves and included big numbers like "Whole Lotta Love", "Ramble On" and the most famous Led Zeppelin song of all time: "Stairway to Heaven". It is still played by every radio station today and continues to enjoy great popularity. Guitarist Jimmy Page is also considered one of the best guitarists of all time.

In which genre should The Beatles be classified at all? From 1960 to 1970 it was such an adaptive band that it is not always easy to classify. Psychedelic rock, rock, pop and beat were all elements that found their way into the music of the British band. Together, John Lennon, Paul McCartney, Ringo Starr and George Harrison topped the global charts and eventually split due to internal tensions. That was a shame, as they produced so many hits in a row: "Love Me Do", "A Hard Day's Night", "Can't Buy Me Love", "Help" and "Yesterday" are just a few of the songs that they did made it onto the first albums. 1969 also came together with Abbey Road, the most famous album cover in music history. A deserved place on the podium for The Beatles.

Number 1 can only go to one band: Queen. Even today the band fills many halls all over the world, but unfortunately no longer does so with the original line-up, but with singer Adam Lambert. But nobody stands for the band, which was founded in 1970, like Freddie Mercury, who died in 1991. His lyrical masterpieces of “Bohemian Rhapsody” and “We Are the Champions” are still inspiring today and have served as a source of inspiration for countless other musicians over the decades. All studio albums after 1974 reached number 1 in the charts and made Queen one of the most commercially successful bands of all time. Especially live, nobody could hold a candle to the British. In 16 years the band played over 700 concerts with Freddie Mercury. The previous singer was heard posthumously for the last time on “Made in Heaven”.

PS: And if you should feel like giving your own personal opinion on the eternally controversial topic of superlatives around the best bands from all over the world, then just write down your 5 favorites and briefly explain your decision to me ([email protected]) ! Then these will be published here with your name and reason! And for one or the other, we even let you jump on a CD as a thank you, which is sure to come very close to your music selection!