Why do credit cards have merchant fees

Why are more and more retailers in Germany accepting credit cards?

Credit cards have become an increasingly popular means of payment in recent years. In Germany, however, compared to many other countries, fewer credit cards are still used. But that is beginning to change. Whether in the supermarket, at the petrol station or in online retail - you can use credit cards from Visa and Co more and more frequently in this country. In this advisory text we explain why credit cards are being accepted by more and more merchants in Germany. 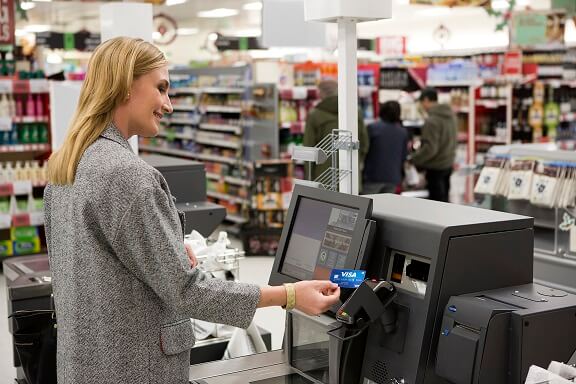 If you pay by credit card, the entire payment process usually takes no longer than 30 seconds. Even if you enter your PIN, it usually only takes a little more time to process the payment. It's even faster with modern NFC technology. The so-called Near Field Technology makes it possible that payments of up to 25 euros can be made without entering a PIN or signature. All you have to do is hold your card up to the reader and the payment will be processed automatically. Dealers can benefit from the fact that the duration of the payment process is even shorter, which on the one hand allows you to look forward to shorter waiting times and on the other hand, the dealers can potentially save personnel costs. 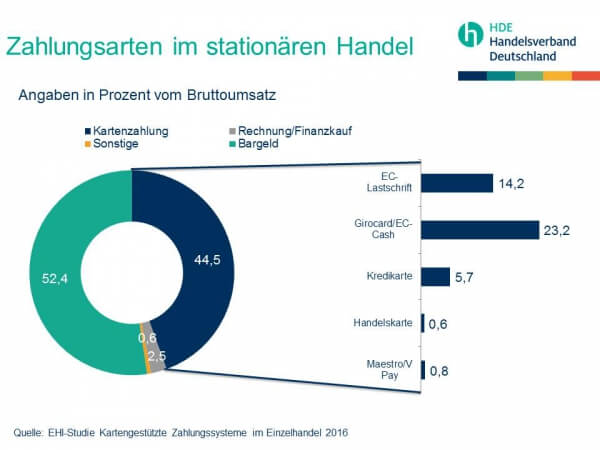 Because the fees for a payment of 100 euros, for example, are now only 30 cents, credit card payments for merchants are now even cheaper than processing cash payments. There are no costs per se with cash payments, but securing and transporting cash is expensive. For many merchants, these same costs are now higher than the fees for transactions with credit cards. It is therefore not surprising that more and more retailers in Germany are accepting credit cards.

Greater security for dealers and faster processing of orders 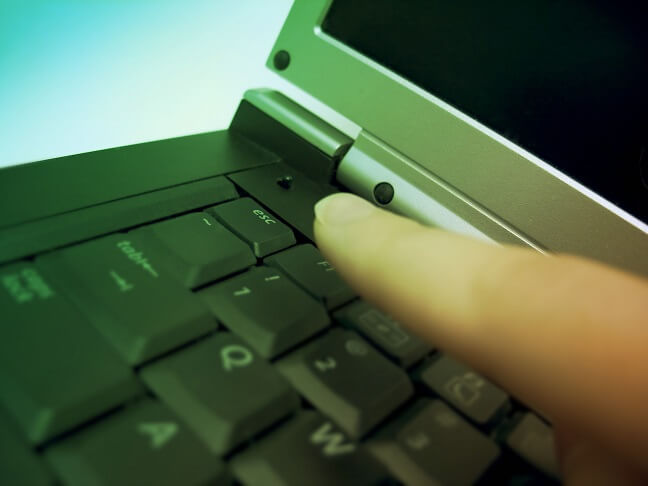 More and more shops in Germany are also accepting credit cards in online retail. This is primarily due to the fact that paying by credit card means security not only for you as a customer, but also for retailers. Once a payment is authorized, the likelihood of default is close to zero. Although there is still the possibility of a so-called “chargeback” after an authorized payment, this can only occur in the case of an unauthorized transaction. If traders have a legitimate claim, there is no risk that they will not receive the money.

The security of incoming payments creates a further advantage for you as a customer and for retailers in online business. The fact that more and more retailers in Germany are accepting credit cards is also due to the speed of the process. When paying in advance, a retailer usually has to wait until receipt of payment, i.e. sometimes several days, before shipping can take place. That in turn often leads to dissatisfied customers. If, on the other hand, you allow other payment methods such as cash on delivery or invoice, either high fees or a risk of default arise. Statistically, with no other payment method is the risk of default as high as with payment by invoice. This is another reason why many retailers only offer this option to their existing customers.

On the other hand, if you pay by credit card, the shipment can be made within a very short time. Larger shops can sometimes guarantee shipping within a few hours and receipt of the goods the next day. As more and more retailers in Germany are accepting credit cards, you as a customer can take advantage of receiving goods the next day more and more frequently. This is especially important in online trading because the biggest disadvantage of doing business online is the waiting time you incur. Thanks to credit card payments, this disadvantage is minimized, which is why online retailers in Germany have always been pioneers in accepting credit cards.

The widespread use of credit cards makes payment easy

The fact that more and more consumers are relying on a credit card is another decisive advantage for online retailers. In the past few years, the number of credit cards in Germany has increased by several million. There are now almost 30 million active credit cards in Germany. Accordingly, significantly more buyers in Germany use a credit card for payment than alternative services such as Sofortüberweisung.de or giropay, for example. It is understandable that more and more online retailers in Germany are accepting credit cards. With the offer of a credit card payment you can simply reach most of the people. Only the American platform PayPal enjoys a similar popularity in Germany. However, PayPal also has to be added to credit card acceptance to a certain extent, because you can also use this service to pay by credit card. Merchants can kill two birds with one stone by accepting PayPal payments.

Credit card acceptance is increasing due to the booming tourism 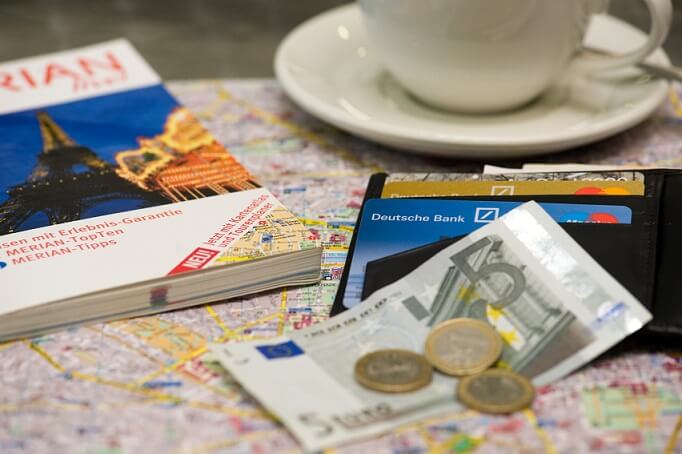 In cities that were particularly hard hit by the tourism boom, credit card acceptance is significantly higher than the German average. This applies, for example, to Berlin or Munich, where you can now go shopping with your credit card much more often than anywhere else. Just like for you on trips abroad, the higher credit card acceptance in Germany offers decisive advantages for guests who are not at home in this country. This includes eliminating the hassle of changing money and processing payments quickly and easily.

There is a lot of catching up to do in Germany 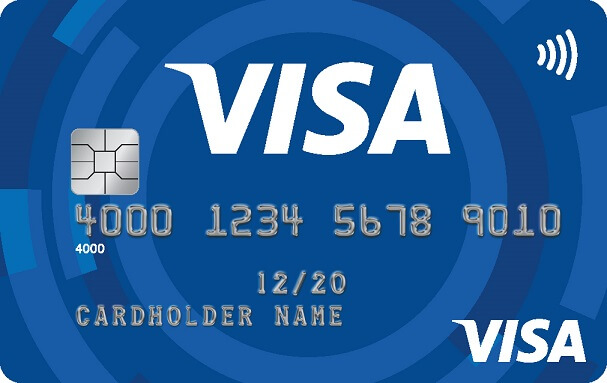 Even the federal states mentioned cannot match the pioneering states when it comes to credit card acceptance. There is traditionally a high level of credit card acceptance in Sweden or the USA. There are numerous merchants here who no longer accept any other means of payment than credit cards. In Sweden, for example, you can sometimes only pay with credit cards at parking meters. In Germany, the situation is very different in the area of ​​microtransactions: In Germany, almost only coins and sometimes bills are accepted when it comes to small transactions outside of stationary retail. The need to catch up is correspondingly large here. However, something is slowly happening, as can be seen in the increasing acceptance of credit cards in Germany.

Card payments are underrepresented in Germany

You can see that there is still a lot of catching up to do in Germany from the fact that the number of card payments (including payments with EC cards) is extremely low on the European average. The average German only uses a card for payment about 45 times a year (as of 2015). Only in Hungary, Italy, Romania, Greece and Bulgaria are paying by card less often. In the neighboring German countries of the Czech Republic (57.2 payments per inhabitant), Poland (66.5), Austria (67.2), Belgium (138.9), France (153.9), the Netherlands (204.3) and Denmark (300,3) the number of card payments is many times higher.

The fact that there is a higher acceptance of credit cards in Germany is therefore also related to the fact that consumers ask for a card payment option more often. With a share of 53.2 percent of the total payment volume (as of: 06/2016), cash is still by far the most popular means of payment, but experts assume that this share will decrease sharply in the medium term. There is also an increasing increase in credit card payments. The share of credit card payments in total payment turnover in Germany is now 5.7 percent (as of 05/2016). In 2014 the proportion was only 5.3 percent. The total transaction volume in 2015 was 22.9 billion euros. Due to the new legal basis, experts expect a further sharp increase.

In addition, it has been shown that Germans prefer to use credit cards more and more than their girocard. The number of card payments with giro cards has fallen to 23.2 percent of total sales. In 2014, a total of 23.7 percent of all transactions were processed with a girocard. Accordingly, consumers are more likely to rely on credit cards instead of checking cards. This is certainly also due to the fact that credit cards now often offer significantly more attractive conditions for you as a customer than giro cards.

Credit cards are financially more attractive to you 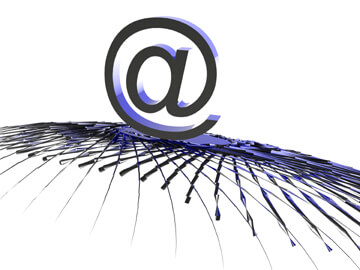 The rise in credit card payments is likely due to the fact that credit cards now have more to offer than checking cards to customers like you. While credit cards used to be chargeable, there are now numerous completely free models. This also eliminates the decisive advantage of the girocard, which has been free of charge for many bank customers for years. With a free credit card, you usually enjoy other advantages that may well be worth mentioning. This often includes, for example, the possibility of receiving a reimbursement (so-called cashback) for every payment. If you use your card for purchases, you will sometimes receive either points or even direct financial consideration (for example with the Amazon credit card). Thanks to such services, credit cards are now simply the more attractive choice than giro cards for many consumers.

In addition, the increasing acceptance of credit cards in Germany is certainly due to the fact that the number of credit cards is also increasing because customers are asking for a more flexible means of payment. For example, if you are planning a trip abroad or would like to order on the Internet, a credit card is much more suitable than alternative forms of payment. With a credit card you also get a one-stop solution and can see the billing for all your purchases, whether at home or abroad, in retail or online trading, at a glance. Other payment methods do not offer this advantage.