What are some undiscovered travel destinations

Unknown or just underestimated? Why you should definitely have seen these 6 countries

We are already in the middle of the 21st century, even Deutsche Bahn now has free WiFi, Elon Musk is already planning the Mars expedition - and you think there is nothing more to discover on earth? Right off the bat: You urgently need to paint these seven white spots on the globe in bright colors:

1. Unknown travel destination in the middle of Europe: Albania

All of Europe has been conquered by mass tourism - only one small country is holding up well: Albania on the Adriatic is something for romantics: Dramatic mountain ranges up to the sea, shining beaches and weathered cities like in an adventure novel from the old days. 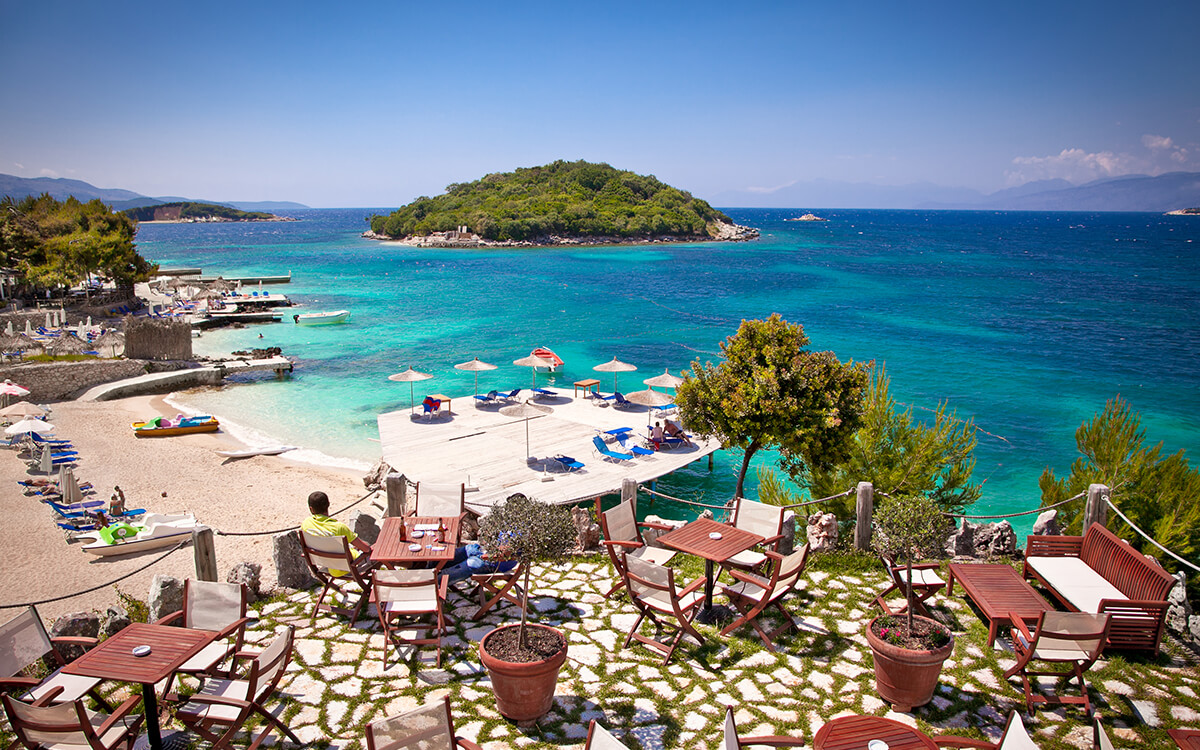 For example Shkodra, Karl May fans also know it as “Skutari”: an ancient city on a wonderful lake, where you can swim, hike in the mountains or stroll through the tranquil streets.

A night in May 2017 in the historic Rose Garden Hotel in Shkodra near the old town, rated “excellent”, costs from 34 euros.

Accommodation in Albania from 17 euros

Are you dreaming of Route 66? We think: A puberty pimple against the Silk Road. It is easily 2000 years older, a few thousand kilometers longer and, instead of a few rotten log houses, has really incredible eye-catchers - for example Registanplatz in Samarkand: three monumental Koran schools, known as madrasas, cast their huge shadows on this mega-stage like dinosaurs. Monuments, the youngest is 450 years old! 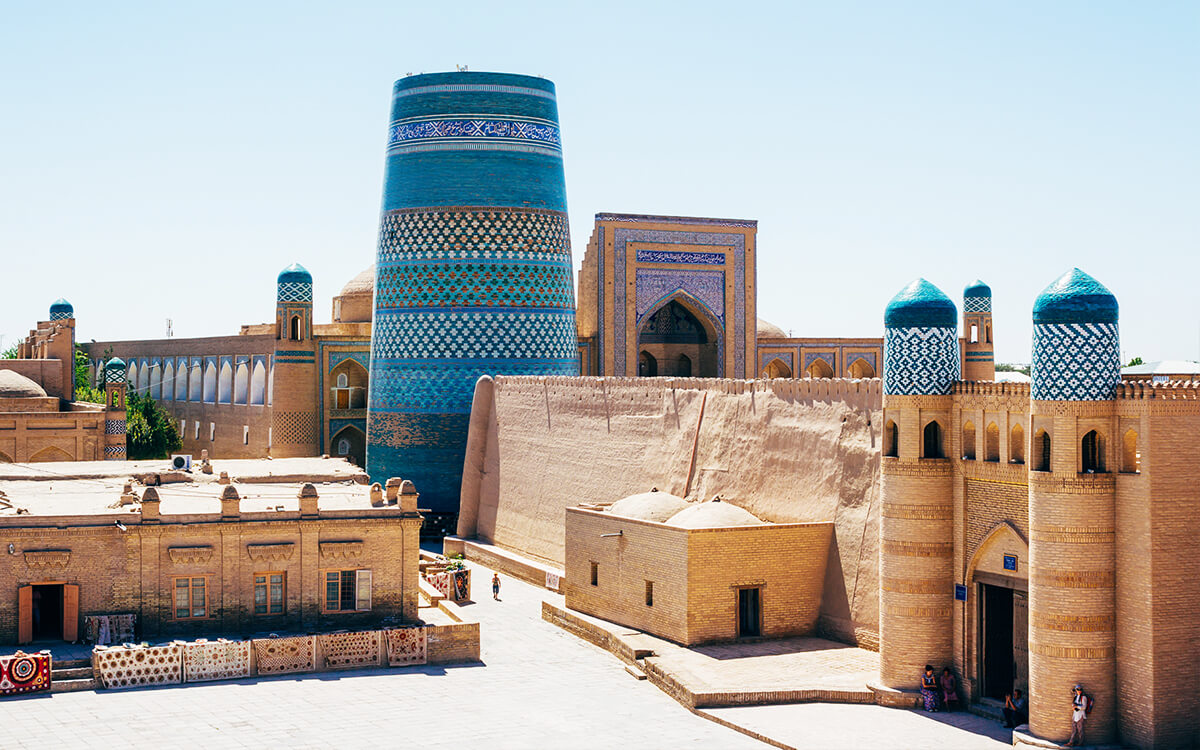 In Samarkand, for example, you can stay at the Hotel Royal Palace, which has been rated “excellent”, just a quarter of an hour's walk from Registanplatz, in May from 53 euros.

Accommodation in Uzbekistan from 12 euros

The civil war is long over, the poverty remained - Nicaragua can use your visit very well, especially since the Miniland between the Pacific and the Caribbean promises unique highlights. 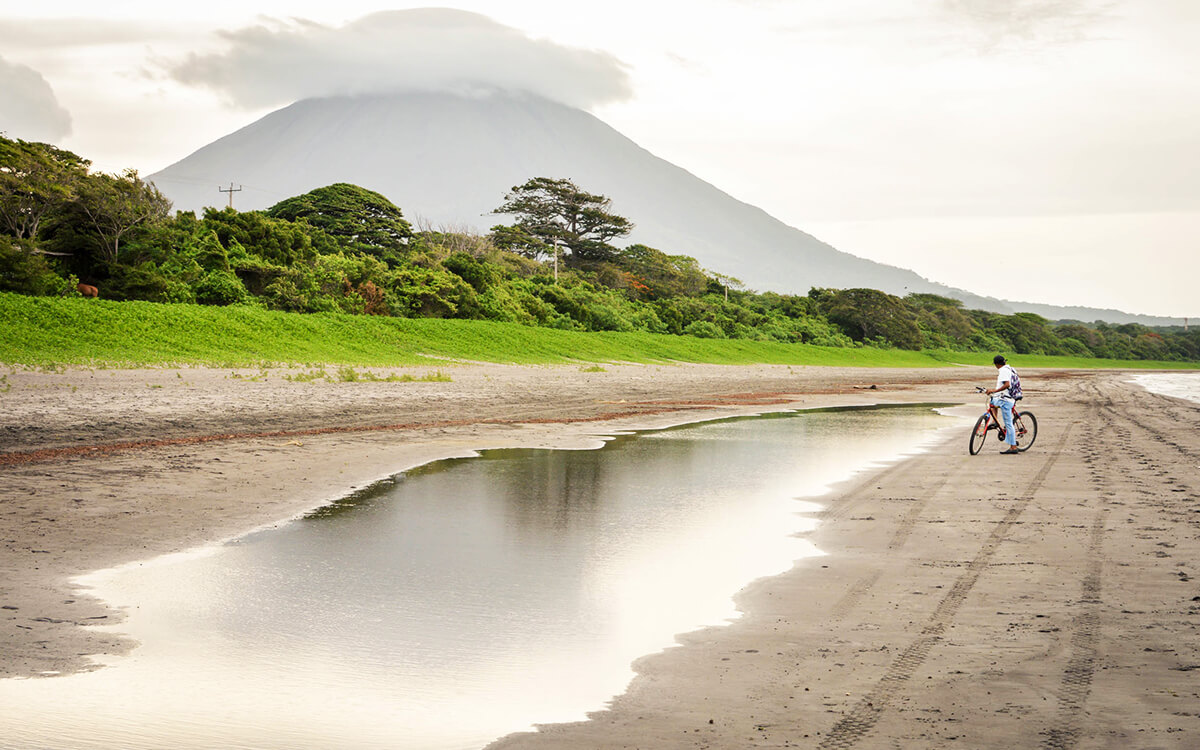 A whole mountain range of active volcanoes that you can climb up and down with a snowboard, err sandboard, but also one of the largest lakes in Latin America with several romantic islands. Note: It is only a few kilometers to the next sandy beach or lava field!

The Pacific waves rustle right in front of your window, buses go to Lake Nicaragua in about 30 minutes: in the Playa Hermosa Eco-Resort, rated “excellent” by the guests, a night in May costs you from 55 euros.

Accommodation in Nicaragua from 7 euros

4. Hardly a chance against Brazil and Argentina: Uruguay

And another pretty white spot: Argentina's northern neighbor is visited by around 2.5 million visitors a year - Frankfurt / Main alone has around twice the number of guests!

Uruguay is half the size of Germany; A large part of it is covered by pampas, the endless grassland, and is eaten away by herds of cattle. And still today guarded by mounted gauchos, the South American version of the cowboy. 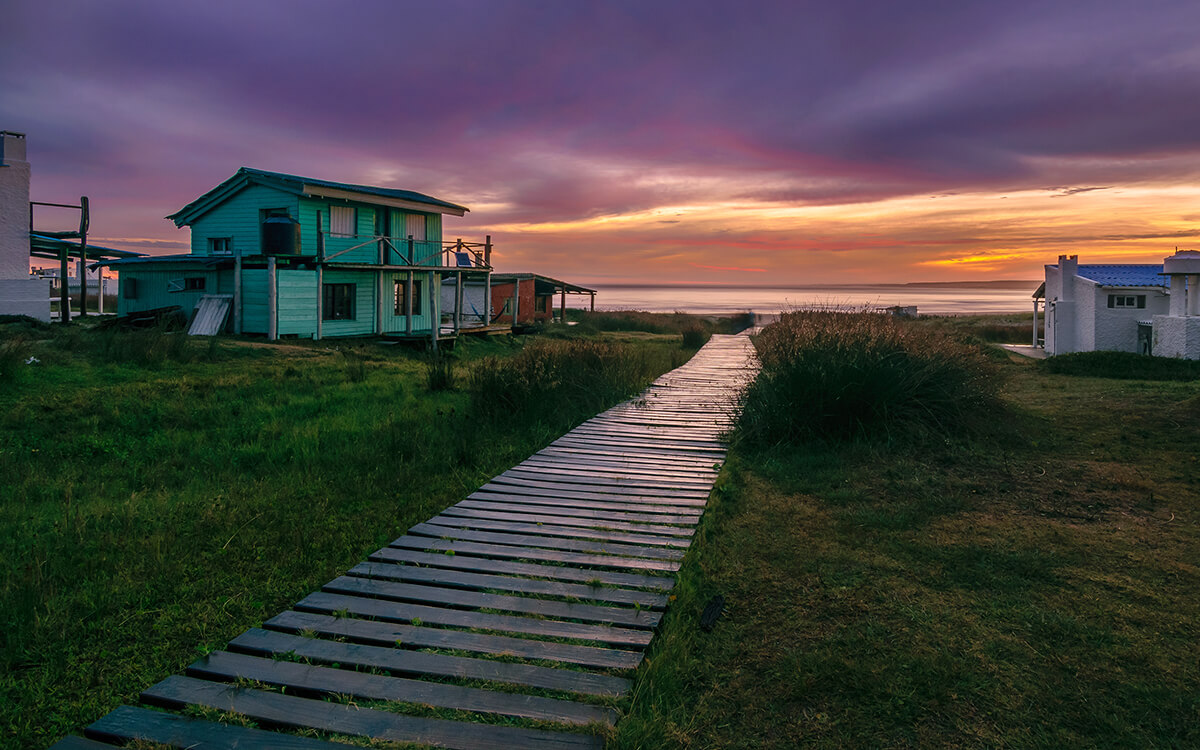 At the owner-run estancia (ranch) El Ceibo, only 16 kilometers from the capital Montevideo and rated “excellent”, you can live the life of a gaucho - that is, ride a horse, but also ride a horse-drawn carriage, fish or canoe: here costs one night Breakfast in May from 81 euros. More information: http://www.elceibo.com.uy/actividades.html “http://www.elceibo.com.uy/actividades.html

If you feel more like beach life - on the Atlantic is the glamorous seaside resort of Punta del Este with a flair like St. Tropez or Brighton, but postponed by six months (southern hemisphere). A night in the Hotel Ajax, located near the water, costs from 49 euros in May.

Accommodation in Uruguay from 41 euros

Where please? Exactly: Not Georgia (USA), not South Georgia (Southern Ocean), but Georgia - nobody really has that on the map. And that could be a mistake: Georgia's beaches on the Black Sea and its peaks in the Caucasus are uniquely beautiful, but organized mass rushes have so far been nil.

You hike and climb up to 5000 meters - of course almost without any tourist infrastructure - and then relax on the beach in Batumi in May with an average air temperature of 21 degrees. 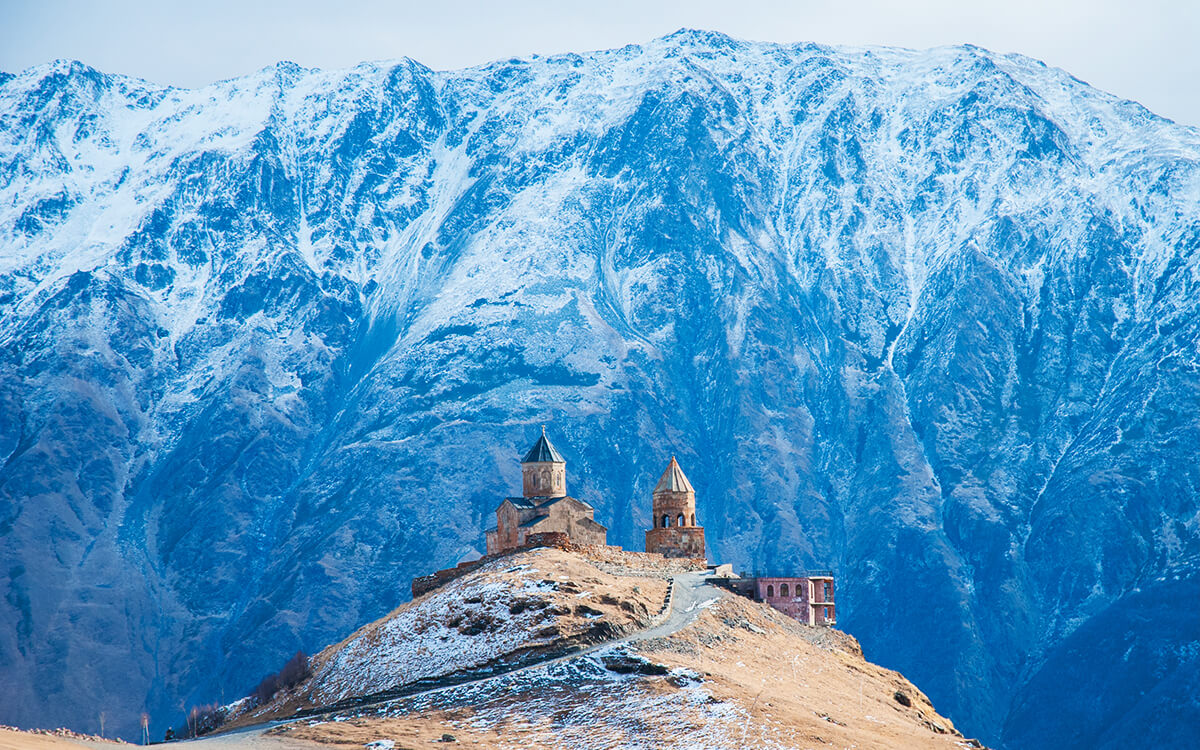 In the holiday resort of Batumi, for example, you can stay at the President Plaza Hotel, which has been rated “good” and is just a short walk from the city's beaches, in May from 58 euros.

Directly with a view of the snow-covered peaks of the Caucasus in the mountain town of Mestia at 1,500 meters above sea level with its curious stone towers, which are part of the UNESCO World Heritage, a night in the “excellent” rated Villa Mestia Hotel in May costs you from 47 euros.

The Jamaica of the Far East is waiting for you: In Luang Prabang, the old royal city between jungle mountains on the banks of the Mekong, everything and everyone is always very relaxed. 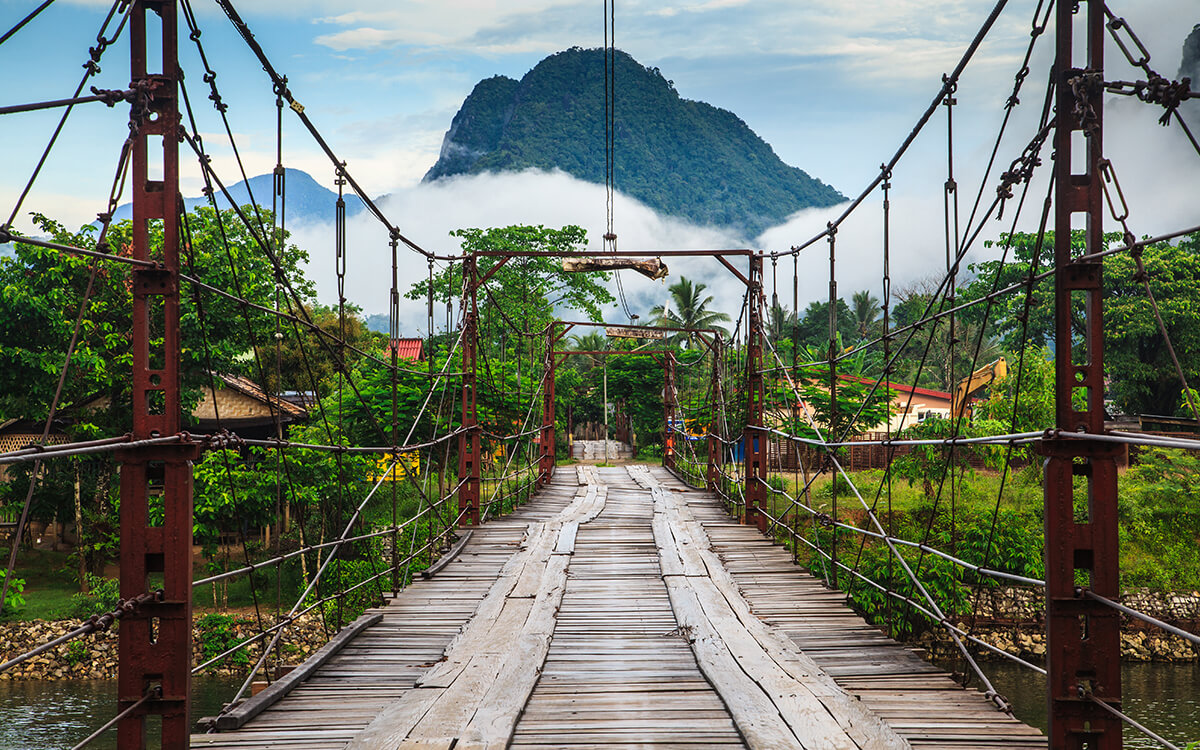 Whether you stroll down the streets on a rental bike, watch the life of the Laotians by the river or just spiritually emulate the life of a Buddhist monk under the blooming bougainville trees - the relaxed aura of the place is transmitted almost instantly!

In Luang Prabang you reside close to the Mekong in the Golden Lotus Palace, which guests before you found overall "excellent", in May from just 27 euros per night.

Accommodation in Laos from 8 euros