What is police custody

No police arbitrariness Police custody: what can the police do?

Police custody is a deprivation of liberty under Article 104 of the Basic Law (GG). Such a measure must not be arbitrary, but must serve to avert a specific danger to the public or to those detained. There is a legal difference between provisional arrest and detention.

We represent your rights. >>

The specific powers and regulations differ from state to state, depending on the regional police law; However, the draft Police Act (MEPolG) provides general guidance. Detention is the last resort, i.e. the last resort the police can use if there are no other options to avert the impending danger. The principle of proportionality always applies.

No later than the day after your arrest, you must be released or brought before a judge, who will then either order your release, pre-trial detention or transport to a psychiatric facility. The police may only hold you for up to 48 hours in exceptional cases.

The difference between police custody and provisional arrest

If you are guilty of something, the police can make a provisional arrest. In order to arrest someone in police custody, all that is required is an initial suspicion, such as the fact that you look similar to a wanted criminal. A mere assumption à la "The person is wearing a hoodie and is definitely up to something" is not sufficient, however.

Your rights in the event of a preliminary arrest 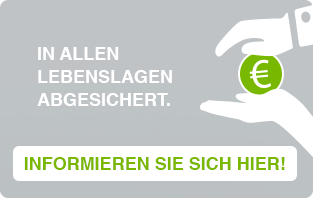 If you have been taken into police custody, you may inform a family member or confidante about it. You also have the right to a criminal defense attorney. The German Lawyers' Association even has a 24-hour emergency service for this. Besides, you can be silent. You are only legally obliged to provide your name, your date of birth and your address. Even if you were released quickly, you have the right under Article 104 of the Basic Law to appeal to the local district court to determine whether the detention was legal.

This was recently done by two young people whose coach was intercepted on the way to the G20 summit. They were handcuffed into police custody and taken to a detention center. The police also blocked phone calls and allegedly beat the young people. The Hamburg police spoke of a mix-up and recognized the illegality of the detention (AZ 17 K 7105/17, AZ 17 K 6865/17). Some members of the tour group now want to claim damages.

Please also read our legal information on the content.