How do rural and urban Chinese differ? 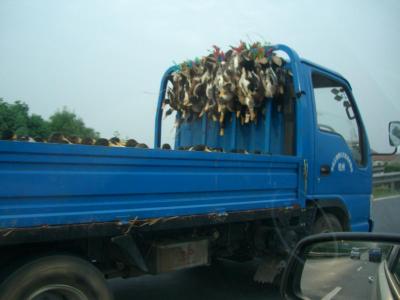 Not all China is the same. The country is as diverse as Europe or the American continent. That is probably not surprising, because China has as many inhabitants as Europe, Arabia and Africa combined! But there are not only differences due to the many different regions.

Probably the clearest cultural cut in Chinese society is between urban Chinese and people in small villages in China. Because between town and country there is often a clear gap in terms of economic development and thus also education and behavior, but especially the modernization of society.

The rural area is much more conservative, a behavior that is also known in a similar form from other countries. In China, however, conservative means that rural areas are closer to the "old" Mao period and its social structure than is the case in the cities.

Cities like Shanghai or Guangzhou, but also medium-sized cities like Hangzhou or Ningbo have largely left the communist era behind them. The residents sit in cafes or teahouses, stroll through the pedestrian zones, shop in modern shopping centers, and traffic jams at rush hour are just as ubiquitous as in any big city in Europe.

After only an hour's drive in the vicinity of such a city, however, and it presents a completely different picture of China. Although the modern age is also finding its way here - in the form of expressways and the often good expansion of the infrastructure within the villages - you feel like you are in a completely different China.

The many taxis on the streets of the city are small motorized three-wheelers with a rickety metal box at the rear, in which the passenger can sit protected from the rain. Often taxis are just motorcycles, on which not only the driver can ride but also up to three people (plus shopping bags or the like).

The rural china However, just like the cities of China, it benefits very clearly from the country's current development policy. Even in remote villages you can see cars parked in front of many houses during the Chinese holidays (for example on the Chinese New Year), and it is not uncommon for a house to be expanded or a new building to be built.

Because especially the young adults try to find work in the cities and often earn much better there than it would be possible in the country. The money then often flows back to the place of origin, where the family home in which the parents live is expanded. The Chinese intergenerational contract is not cast in paragraphs, but it works so far.

On the other hand, the rapid development of the east Chinese cities is also increasingly creating an economic imbalance between urban and rural areas in China. In the last few years in particular, this problem has increasingly become the subject of political discussions in China and has now become one of the main themes in the rhetoric of the country's Communist Party, alongside the issue of environmental protection and sustainability.