Why do some European nations have monarchs?


How did the idea of ​​cultural heritage come about?

The idea of ​​preserving cultural assets for future generations began in the times of the French Revolution. Today the protection of cultural treasures is a global concern.

The smashing of the monarchy - during the French Revolution that was not just meant literally: During the uprisings at the end of the 18th century, the revolutionaries destroyed monuments and buildings, and plundered palaces and churches. The evidence of the old rule should disappear, one wanted to free oneself from its history. It is precisely against this background that the idea of ​​a national heritage that needs to be protected arose for the first time.

The new National Assembly, which was set up to represent the people in 1789, set up a commission as early as 1790 to ensure that important cultural assets were not lost in the turmoil of the revolution. Some of the treasures of the monarchy should be preserved as political symbols and raise the awareness of the new nation for its own past. The term “patrimoine culturel” was coined for the first time. The Monument Commission already divided this cultural heritage into movable and immovable goods. How should the secularized church property or the wealth of the expropriated monarchs be dealt with? With the magnificent monasteries, churches and castles?

Many goods were sold in the wake of the revolution in order to raise money for the foundation of the nation. At the same time, however, efforts were made to protect valuable objects and to tear them away from the ravages of time. The fact that the Monument Commission placed some cultural assets in depots in the first few years of the revolution protected them from vandalism and the waves of destruction in the years to come. For example, before the anti-monarchist iconoclasm of 1792, in which countless works of art fell victim to popular anger.

Sense of the difference between nations

With the understanding of protecting the national heritage, the first national museum in Europe was opened a little later in Paris: the Louvre. The former Parisian residence of the French kings housed their art collection, which had been cultivated over centuries. In 1793 the National Convention made it accessible to the public and declared it the central art museum of the republic. It was supposed to be a symbol of the new era, when the cultural heritage had passed to the people, and at the same time strengthen the identity of the new nation.

Other European nations soon followed suit: by 1820, further national museums were established in Budapest, Brussels, Prague, Madrid and London, in which the cultural heritage of the emerging nation-states was preserved and exhibited with pride. The common culture and past should have an identity-forming effect. In their collections, the museums therefore also focused on the cultural heritage that unified the nation and set it apart from neighboring countries. 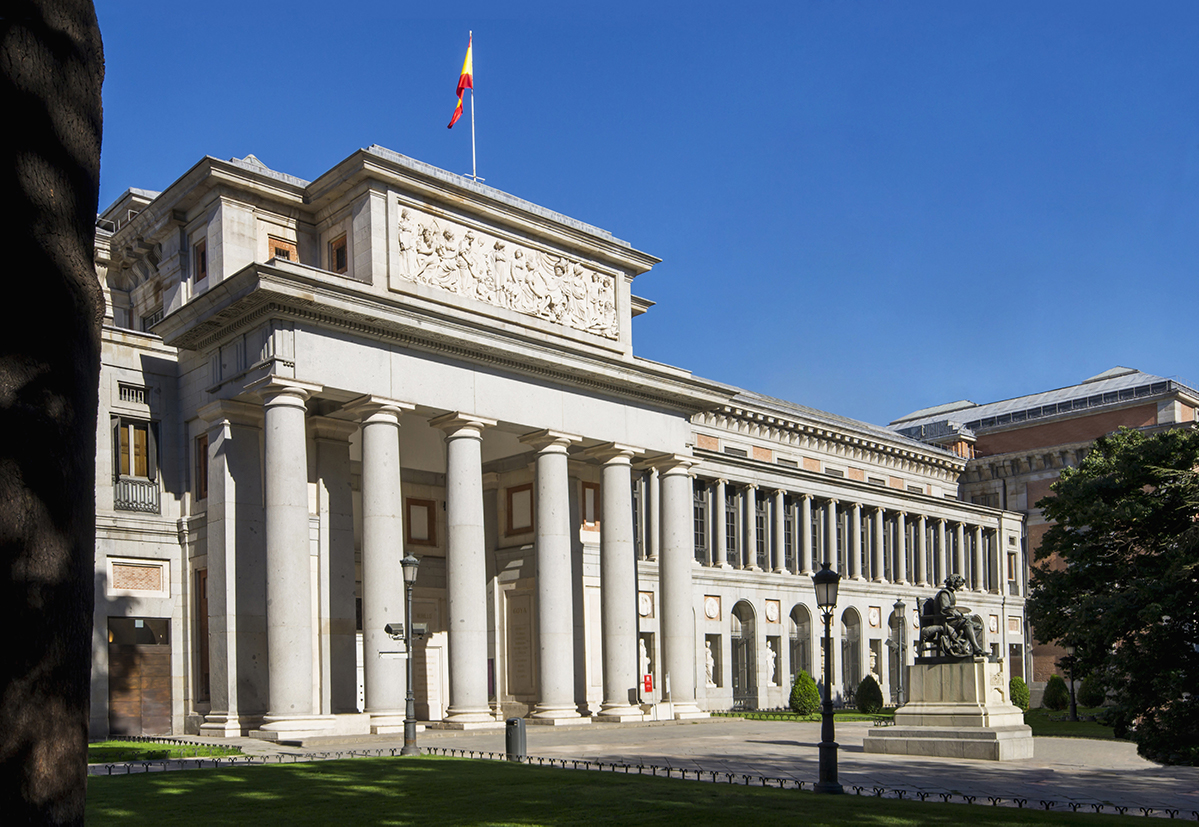 The Spanish National Museum Prado opened in 1819. | Photo: © picture alliance / Design Pics / Charles Bowman Around the same time, it was recognized that cultural assets that could not be safely stored in museum depots also had to be protected from the weather and decay. In many European countries, monument preservation became an important institution from 1830, which was dedicated to the maintenance of monuments, buildings and infrastructures. In Greece, for example, the first monument protection law was enacted at this time, and Germany set up a general inspection of the plastic monuments of the Middle Ages in 1835.

There is, however, a downside to the coin. The fact that cultural assets and cultural sites have since been perceived as particularly valuable and identity-creating has also made them preferred targets of political opponents. The two world wars were decisive examples of the destruction and theft of national heritage. During the Second World War, not only did the German troops plunder art collections in the occupied European countries and bring valuables to Germany, but the Allied occupying powers also stole art objects from Germany.

For this reason, after the end of the Second World War, UNESCO developed the Hague Convention for the Protection of Cultural Property in Armed Conflict. In contrast to national monument protection, the international treaty has international effect. It is based on the conviction that damage to important cultural property affects all of humanity and that it must therefore be protected internationally: the Convention defines cultural property as "movable or immovable property that is of the greatest importance for the cultural heritage of all peoples."

The World Heritage Convention of 1975, the signing of which marked the birth of today's World Heritage List, also goes back to this idea. Since 1978 UNESCO has awarded the title “World Heritage Site” to sites, objects and works of art of “exceptional universal value” with “meaning not only for national or local communities, but for all of humanity”. And so today the international community is working together to preserve the cultural heritage - which was originally only protected in order to define its own national idea.