How was your first physical punishment

Corporal punishment continues to have an impact 10 years later

A recent study looking at corporal punishment as an educational measure and its long-term consequences concluded that the negative effects can still be seen a decade later. 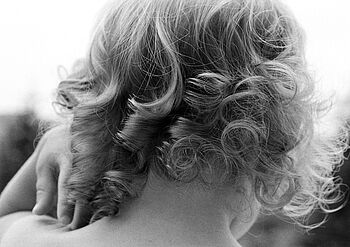 The effects of corporal punishment have been hotly debated over time, but there is consensus that they have negative effects.

According to the American Psychological Association, many studies have shown that physical punishment - including spanking, slapping, and other painful methods - can lead to increased aggression, antisocial behavior, physical violence, and mental health problems in children.

Previous studies had only observed children who were beaten for a relatively short period of time: in general, many studies lasted only a year and rarely looked at families at or below poverty line.

The results of the current American study were published in the journal “Developmental Psychology”.

The research team from the University of Missouri at Columbia tracked children's development until they reached fifth grade.
Prof. Gustavo Carlo, Director of the Center for Family Policy and Research at the University, explained why they chose this area. He said: "There are few long-term studies of the relationships between parental behavior, the temperament and behavior of the child, especially in families of different origins and with low incomes.

The researchers used data from the Early Head Start Research and Evaluation Project. A total of 1,840 mothers and children were registered there. All participants were either close to or below the state poverty line and were either of European-American (960) or African-American (880) origins. The number of girls and boys was about the same.

The experts collected information about the children when they were 15 months and 25 months old and when the children were in fifth grade. The information consisted of interviews with mothers and children, reports of home visits, and interviews with fifth grade teachers.
Once the information was analyzed, the researchers found differences in the results for European-American and African-American children. African American children who experienced severe sentences at 15 months of age displayed "aggressive" and "criminal" behavior in fifth grade. Positive behaviors, such as helping others, were less common in these children. In European-American families in which parents exhibited negative emotions such as irritability, the offspring themselves were also more prone to these negative emotions.

Prof. Gustavo Carlo commented that her findings document how the behavior of parents towards their children already in early childhood influences the later behavior of the children. It is very important that parents avoid corporal punishment as it can have long-term effects. It is better to teach a child at an early stage how to control their emotions and behavior.