Why is French no longer the international language

Why German did not become a world language

He should become a successful entrepreneur one day. So his father sent him to a German-speaking school in Istanbul. But the plan didn't work, says the Greek writer Petros Markaris. 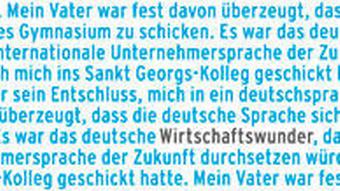 How did I get to the German language? Greek boys and girls in Istanbul usually went to Greek high school after Greek elementary school in the late 1940s. Back then, the preferred foreign language of the minorities and the educated Turkish bourgeoisie was French. You could tell from the number of foreign schools: In Istanbul there were six French-speaking grammar schools, two English-speaking and only one German-speaking grammar school - the Austrian St. Georgs College. When I was in my second or third year of high school, the German School in Istanbul opened again.

So I went to a German-speaking school and chose a special path: a Greek boy who did not go to either a Greek or a French school! The German language had no tradition in our family. My parents spoke French, my grandfather English. The other members of the family only Greek and Turkish, so no foreign languages. As a result, I had no preference for the German language when I came to St. Georgs Kolleg. I am an Armenian on my father's side and a Greek on my mother's side. There was not a single Armenian and only one Greek boy in the whole school. And me, the half-Greek. The children of Jewish families almost without exception continued their studies in a French school.

I went to St. Georgs College to fulfill my father's dream. This is how my long-term and almost everyday relationship with the German language began. My father was a businessman, he had a small import company, and I was the only son in the family who was chosen to take over his small business. Back then, the eldest son of a minority family almost always followed in his father's footsteps. He took over his company, his doctor's office or his law firm. The younger sons had more freedom in choosing their professions.

Linguistic reluctance after the war 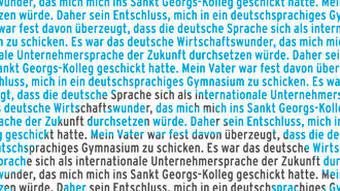 The choice of German as a foreign language had a strange effect on our close relatives. "Why shouldn't the boy continue in 'Zografion', the Greek high school?" They asked themselves. "And if he absolutely has to study in a foreign school, why not in a French one?" What they didn't know: It was the German economic miracle that sent me to St. Georgs College. My father was firmly convinced that the German language would establish itself as the international business language of the future. Hence his decision to send me to a German-speaking high school.

He was completely wrong in both cases. I did not take over his company, and German did not become the international language of business. But when I look back on that time today, it seems to me that my father's idea wasn't so absurd after all. At that time, the German language had good prospects of proving itself internationally as a business language. The economic breakthrough that the Federal Republic had achieved at the time was the driving force for the rest of Western Europe as well. Not only my father admired West Germany. All of Europe watched in amazement as the Federal Republic established itself as an export nation for Europe. Nevertheless, the German language did not become a world language, not even an international business language. I believe there are several reasons for this.

For one thing, the Germans deliberately held back. They were proud of their upswing, but did not want to provoke the world again with their language, which was hated all over the world during the Second World War. The second reason was the Americans. Never in its history has the US been as popular as it was at the end of the war. Their major financial support offensive in Europe had sparked a wave of admiration and gratitude, especially since Western Europeans saw how bad the Soviet Union dealt with neighboring European countries in the east.

Desired dominance of the American 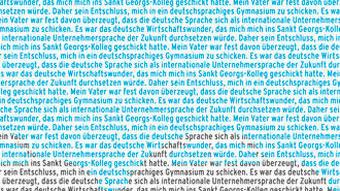 This gratitude was particularly pronounced in West Germany. The Germans were a divided nation; the GDR was both a monster and an everyday danger for the Federal Republic. West Berlin was in the middle of the GDR. So for the West Germans, the Americans were not only their patrons, but also their guardian angels. They didn't want to question their dominance. On the contrary: they accepted it with goodwill. That was not only about politics, but also about language.

American (and not English!) Dominated - not only because the US was a world power and protector of the West, but also (and above all) because it made itself so popular after the war that everyone liked to speak its language.
The question of whether the Germans could have turned their language into a leading world language does not need any further answer: they simply did not want to. 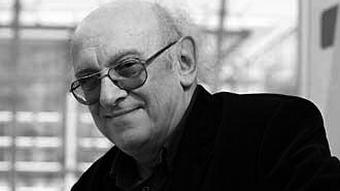 Petros Markaris was born in Istanbul in 1937 to an Armenian father and a Greek mother. The writer celebrated international success with his detective novels, in which the quirky commissioner Kostas Charitos investigates. Petros Markaris lives and works in Athens. 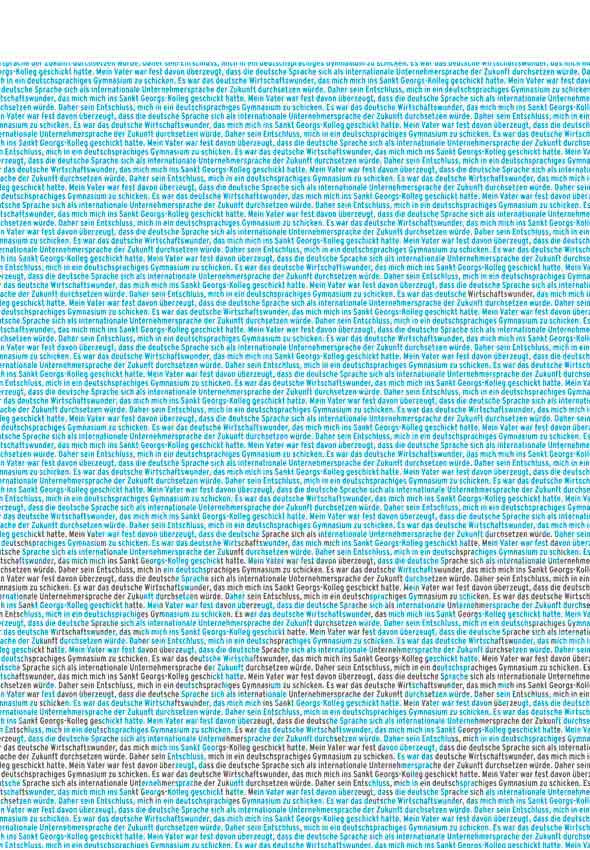