Ricin is a toxic vegetable protein and is contained in the seed coat of the miracle tree seed. The trade and handling of ricin as a pure substance is prohibited according to the Chemical Weapons Convention. Research-related, medical and pharmaceutical work that requires approval is excluded. 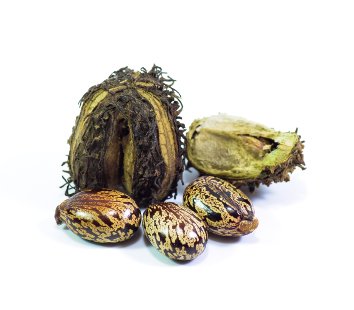 Due to the extremely toxic ingredients, the so-called miracle tree was "awarded" in the Guinness Book of Records as the most toxic plant in the world. The miracle tree is a plant that belongs to the milkweed family. The rice content in the seeds of Ricinus Communis is around 1 to 5 percent.

The wonder tree is grown in different parts of the world because the castor oil obtained from the seeds is in great demand. However, the oil is not toxic - Since the toxic protein ricin is not fat-soluble, it remains in the press cake when it is pressed.

Ricin is highly toxic and has an insecticidal effect. It is therefore suitable as a pesticide that can be used to kill, drive away or inhibit insects. For adults, 3-10 seeds are extremely dangerous and can lead to death if ingested. One seed is enough for children. The absorption of ricin cannot only take place through ingestion, but also reabsorbed through the skin. A total of four different routes of intoxication can be distinguished:

The symptoms of poisoning do not appear immediately, but can only appear after many hours and sometimes only after days.

In addition to general malaise with paleness, fever and tremors, those affected complained of abdominal pain, nausea and nausea. In severe cases, there was also a decreased level of consciousness, seizures, cardiac arrhythmias and death. Skin contact can cause redness and itching in the affected area. (Source: Poison Control Center Bonn) 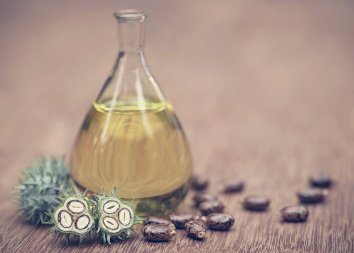 In June 2018, ricin was found in an apartment in Cologne. The Attorney General has started the investigation. The imprisoned Tunisian who lived in the apartment is, according to the Federal Prosecutor's Office "Urgently suspected of deliberately producing biological weapons". The man bought the seeds of the miracle tree needed to produce the poison on the Internet, which attracted the attention of the security authorities.

Ricin became known to the general public through the so-called umbrella attack. In 1978, the Bulgarian writer Georgi Markov was injected with 40 micrograms of ricin. As a result of this poisoning, he died three days later. The poisoning was not detected in time at the time.

To date, there is no known effective antidote that works after taking ricin.

The greatest danger for humans is the careless handling of the miracle tree and accidental ingestion of the seeds. Cases are documented in adults where a single semen led to death. The effect of the toxin always depends on the constitution and weight of the person as well as the degree of chewing of the castor seed.

Be careful with lawn fertilizer

It is a danger to dogs Castor meal. These are residues from the pressing of oil that are used as fertilizers and contain ricin. The toxic protein is supposed to be denatured by the action of heat. This has resulted in errors in the past. "How toxic is lawn fertilizer really?" the use of fertilizers from well-known manufacturers. If you do not want to use branded products, you should deal intensively with the ingredients of the lawn fertilizer. In the article mentioned there is also more information about castor meal.

Note: The information contained in this document is for general information only and cannot replace medical advice or treatment by appropriately trained doctors.