When did America stop being a Christian?

Donald Trump stands in front of St. John's Church in Washington, Bible in hand. The police had to clear the way to the church using tear gas.

It is early summer 2020 - the climax of the “Black Lives Matter” protests. Donald Trump's appearance was carefully prepared, staged - and full of symbolism.

Trump and the threat to Christianity

The president had previously described the demonstrators as “professional anarchists”. He had spoken of terror in the streets and called the protests “a crime against God”. The addressees of this speech and the appearance with the Bible were evangelical voters.

"Donald Trump addressed all those who see Christianity threatened," explains Jan Rehmann, visiting professor for critical theory and social analysis in New York. "Threatened by the modern world, by secularism, by movements that turn against nationalism."

The protector without knowledge of the Bible

The Evangelicals see Donald Trump as a strong protector of their beliefs and their place in society. "Appearances like the one with the Bible in Washington are popular," analyzes Jan Rehmann. 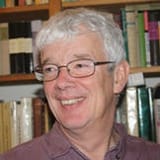 Over 80 percent of white evangelicals voted for Donald Trump in 2016. No president had received so much approval from them before - not even George W. Bush, who was himself an avowed evangelical.

I think Trump has no knowledge of the Bible.
Author: Philip Gorski

A man who repeatedly attracts attention through misogynistic sayings such as “grab them by the pussy” and other insults. A man who, according to the sociologist of religion Philip Gorski, “has no knowledge of the Bible”. How come

Support out of conviction?

"There is a discussion among scientists as to whether the evangelicals support Trump for pragmatic reasons and with stomach ache - or whether they do it out of deep conviction," says social analyst Jan Rehmann.

One of the first is Matthew Floyd, pastor of the Calvary Baptist Church: “I sometimes wish he'd speak more like an evangelical. So curse less and do without inflammatory statements, ”he said in a contribution to the SRF program“ 10 to 10 ”. "But he did more good for us than anyone else would."

Against abortion, for evangelicals

The focus is on the fight against abortion: Donald Trump is against the liberal abortion policy in the USA. He has appointed Conservative judges in federal court and given Conservative Christians positions in his government - his Vice President Mike Pence, for example.

Donald Trump thus secures the support of the evangelicals. Even those who struggle with his way of life.

But there are also staunch Trump fans among the evangelicals. One of them is Patricia Ezidiegwu, an evangelical Christian from Las Vegas: "I believe God called him President to lead the nation back to Christ."

Many of his evangelical fans see Donald Trump as a kind of savior. «Evangelicals view world events through biblical glasses. As a struggle between good and evil, shaped by the Revelation of John », explains the sociologist of religion Philip Gorski.

From this arises the desire for a worldly savior. When Donald Trump won the election four years ago, he was chosen by many evangelical preachers as this Savior. 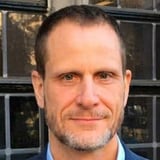 Philip Gorski is Professor of Sociology at Yale University. He was a student of the prominent sociologist Robert N. Bellah and is considered one of the leading American sociologists of religion.

The threat to Christians

According to the sociologist of religion Philip Gorski, there are two groups among evangelicals: the national conservatives and the Christian nationalists. The latter in particular see the USA as a white Christian nation in danger.

For white evangelicals, Christians are one of the most persecuted groups in the USA.
Author: Philip Gorski

The desire for a savior, for a strong man, goes hand in hand with a feeling of threat: "For white evangelicals, Christians are one of the most persecuted groups in the United States," says Philip Gorski.

It is true that three quarters of all people in the USA still belong to a religion. Non-Christian religions such as Judaism, Islam, Hinduism or Buddhism move in a small percentage range. Yet a quarter of the US population describes themselves as non-religious. Ascending trend.

That unsettles the Christian nationalists. And Donald Trump specifically addresses them and their concerns. As in a speech in the 2016 pre-election campaign, social analyst Jan Rehmann said: "At that time he said: Christians have a large majority in the country, but not the power they should have." Trump had promised that if he became president, he would see to it that Christianity would come to power.

"This promise had a stronger effect than the moral concerns about the egomaniacal and repeatedly divorced macho," summarizes Jan Rehmann.

But recently there has also been criticism from evangelicals. The renowned evangelical newspaper "Christianity Today" demanded in February that Donald Trump should be deposed as president.

The background to this was the impeachment proceedings against Donald Trump. Editor-in-chief Mark Galli wrote in his editorial that Trump's behavior was fundamentally immoral. In addition, his Twitter feed is "an almost perfect example of a person who is morally lost and confused".

The reactions to this were violent: "I was called a Satanist in some letters to the editor." But the former evangelical pastor is convinced: "The Trump presidency is a disaster for the evangelical religion and the positive message of the gospel." The evangelicals would have to take a stand against it.

Philip Gorski also believes that fewer evangelicals will vote for Donald Trump in the upcoming elections - because of his behavior and because of his overt racism. "The 'Black Lives Matter' protests initiated a serious process of reflection among many young evangelicals on the relationship between Christianity and slavery and racism in American history."

Despite the increased headwind, Donald Trump is likely to receive the vast majority of votes from evangelical circles. But what about the Democratic presidential candidate Joe Biden?

Biden is an avowed Catholic. He admires Pope Francis for his commitment to social justice and the integrity of creation. Jan Rehmann believes that his personal biography could appeal to liberal Christians: “Joe Biden has suffered a lot. His first wife and daughter died early, and later also a son. Another was a drug addict. He speaks openly about all of this. That gives him credibility. "

And the Catholics, who, according to certain statistics, are the largest religious group in the United States? Determining their voting behavior is complicated, emphasizes Jan Rehmann: "Despite the unity of the Church, Catholicism is not a uniform group."

We are made up of many different identities, all of which influence voting behavior.
Author: Jan Rehmann

White Catholics vote differently than people with Latin American roots. The Cuban women in Florida are different from the immigrants from Central America. “This shows that a person is not an indivisible being. We consist of many different identities, all of which influence voting behavior, ”explains Jan Rehmann.

For many conservative Catholics, for example, the issue of abortion is central - and Joe Biden is too liberal. Others put social ethics at the center, which would speak for Joe Biden. According to surveys, two thirds of voters with roots in Latin America want to vote for Joe Biden - despite a liberal abortion policy.

Why religion is omnipresent in US politics

The examples of Donald Trump and Joe Biden show that religious affiliation can definitely play a role in voting behavior - but is just one factor among many.

Many of the early immigrants from Europe were impoverished and religiously oppressed in their home countries.
Author: Jan Rehmann

But why is religion so important in US politics anyway? Why does every president say “And God bless the United States of America” at the end of his speech, even though religion and state are officially separated?

Jan Rehmann sees a close connection with the history of the USA: "Many of the early immigrants from Europe were impoverished and religiously oppressed in their home countries." America appeared to them as a promised land and the separation of state and religion gave the various religious communities the opportunity to flourish.

The USA and its religions

Open the box Close the box

So the secular state led to more religion. "The young Karl Marx called the USA the land of the fresh and vigorous religion," says Jan Rehmann.

"In addition, the Protestant communities in particular were organized democratically," adds the sociologist of religion Philip Gorski. Lay people were responsible for the finances and employed the pastors.

The famous French publicist and historian Alexis de Tocqueville described the religious denominations in the 19th century as "schools of democracy".

"Today every politician has to swear to God"

So religion and politics have always been closely linked in the USA. “Today every politician has to conjure up God in one way or another,” says Jan Rehmann. And this in such a general way that as many different religions and denominations as possible can identify themselves.

“God bless America” is omnipresent in this election campaign as well. Donald Trump's appearance in the course of the “Black Lives Matter” protests, with a Bible in hand that he may not have read at all, shows that religious symbolism is an important element of the president's election campaign. How much weight it really has will be seen in the elections on November 3rd.