ASIA - Conflict between India and China threatens all of Asia 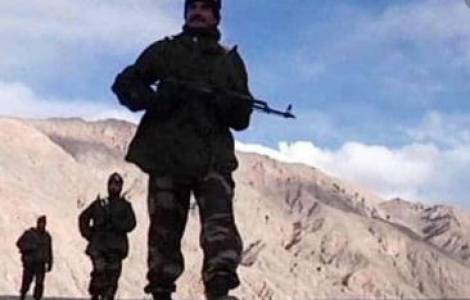 New Delhi (Agenzia Fides) - Relations between India and China are extremely tense in the Kashmir region: the first violent clash between the armies of the two countries in almost 50 years has set off a "red alert" in relations between the two Asian countries. On the night of June 15, violent clashes broke out between soldiers in the Galwan Valley in the Himalayan region at an altitude of over 4,000 meters along the Line of Actual Control, LAC, which marks the border between India and China two countries that initially reported the deaths of over 80 Indian soldiers (including a Catholic soldier from Odisha state). A soldier is missing. Beijing has not released any details so far, but around 300 Chinese soldiers have been injured or killed, according to the Indian Defense Ministry. First confrontations on the peaks of the Himalayas, which were always a field of tension because of the so-called Kashmir question and the border claims between India and China, to the first confrontations. Although both sides claim that they want to resolve the matter peacefully through diplomatic channels, the tension remains high. And there is a risk that this will also worsen the already strained relations between India and Pakistan, an ally of Beijing.
Behind the clash are many factors that not only affect the borders in the disputed region of Kahsmir, but also the general confrontation between two great world powers. Under Prime Minister Narendra Modi, India dissolved a free trade agreement between Asian countries in November 2019, which is part of a "regional global economic partnership" which, in the Indo-Pacific region, establishes relations between the ten countries of Southeast Asia (part of ASEAN) with Australia, China, Japan and New Zealand , South Korea and India should regulate. Fear of cheap Chinese goods being imported into the Indian market led Delhi to break the deal. Barkha Dutt, author of "This Unquiet Land: Stories from Indias Fault Lines" writes in the Washington Post on the border conflict: "India's trade deficit with China is $ 53 billion ... it is suicidal to give China free access to India Markets and consumers, and while roads and infrastructure are built through the Pakistani-occupied parts of Kashmir. "
An editorial in The Dawn newspaper on June 18, meanwhile, made Pakistan's position clear: "Unfortunately, India has bullied its neighbors in the past and tried to be a regional hegemonic player. Pakistan has long stressed the need to address the Kashmiri problem to address at the negotiating table, a position India has always rejected. "
However, a conflict between China and India does not only have regional consequences. If it affects neighbors like Pakistan, it is also part of the "big international game".
The incident worries all of Asia, as Lee Hsien Loong, Prime Minister of Singapore, wrote in Foreign Affairs magazine in early June: "Asia has achieved prosperity," he writes, "because the 'Pax Americana' has been a favorable strategic one since the end of World War II But now the problematic relationship between the United States and China raises profound questions about the future of Asia and the emerging international order. "
(MG-PA) (Fides 19/6/2020)