Who are Sudan's allies

Sudan: whose side is the military on?

In Sudan, there is apparently a close shouldering between the demonstrators and the army. Thousands of people gathered in front of the headquarters of the Sudanese armed forces in the Sudanese capital Khartoum on Sunday, for the second day in a row, to demand the resignation of President Omar al-Bashir. Apparently they see an ally in the military.

"Sudan is rising, the army is rising," sang the demonstrators gathered in front of the army complex, according to media reports, and: "If the army is here, we are not afraid!"

Trust in the military seems to be justified. When security forces tried to disperse the crowd, soldiers opposed them. "Military units protected the participants in the sit-in when the police tried to break up the protest by force," one of the participants told the Spanish news agency EFE.

No end to the protests

Reports of the army and the population coming together can also be found in social networks.

For this user, the union between demonstrators and the military has an emotional moment:

The protests continued on Monday morning. According to eyewitnesses, Niss intelligence agents and riot police drove up to disperse the crowd with tear gas. This time too, according to eyewitness reports, soldiers stood in front of the demonstrators and fired warning shots.

The beginning of the protests on Saturday, April 6th, was symbolic. On April 6, 1985, the uprising began that led to the overthrow of then President Jaafar al-Nimeiri. He had put himself to power in 1969 - with the help of the very military who forced him to resign 16 years later and handed over power to the elected government under Sadiq al-Mahdi. His term of office lasted until 1989, when he was overthrown by the current President Munir al-Bashir.

The military were also involved in these two changes of government, says political advisor and Sudan expert Tobias Simon. "At that time, mainly younger officers fought on the side of the demonstrators." Given the current unrest, it is not yet known which sections of the military sympathize with the demonstrators. "But one can assume that it is again officers of the younger generation," said Simon in an interview with DW. 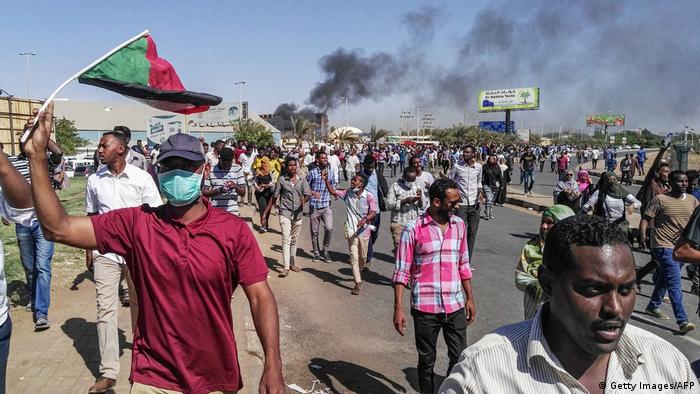 Crowd and power: protesters on their way to the army headquarters in Khartoum

Soldiers who are now between 20 and 30 years old would not have seen any other politician at the head of the state than Omar al-Bashir, Simon continued. Presumably they shared the political discontent of the population. "The protests in Sudan are often dismissed as bread protests, which are directed against the rise in the price of bread and gasoline. But actually it is about freedom and human rights. And so it is probably younger officers who are on the side of the demonstrators would be beaten. "

In the Sudanese military, writes the political scientist Atta el-Battahani, who teaches in Khartoum, in an analysis for the Norwegian "Chr. Michelsen Institute", an independent corps spirit has developed over many years. "This, symbolized primarily by the national uniform, ignored all ethnic and religious differences." The corps spirit is also characterized by its distance from civil society, which in the eyes of the military is responsible for many of the current problems.

Omar al-Bashir tried to legitimize his rule brought about by a coup by invoking Islam. That is why he gave Sudanese society a denominational coat of paint. He also wanted to turn the military in this direction, said El-Battahani. At least large parts of the army would not have joined this attempt. This caused Al-Bashir to weaken the military in favor of the secret services. "This development then made it appear uncertain what role the military would play in a future change of power." 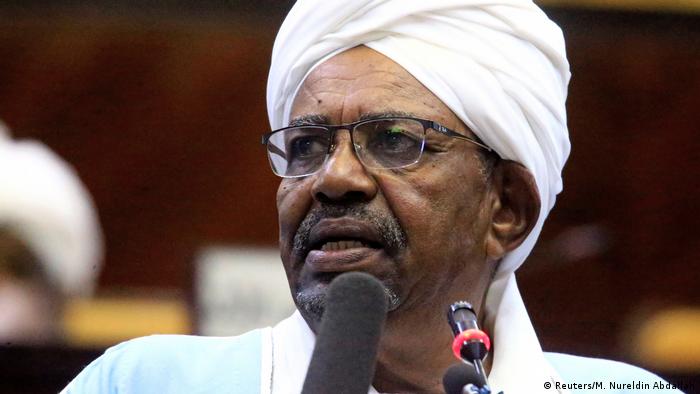 New phase of the power struggle?

This role now seems to be clearing up. At least parts of the military are responding to the solidarity offered by the population. On-site participants see it that way.

"The picture shows the spirit of the army," writes this user. "The military has placed itself between the protesters and the shadow troops."

Ultimately, says Tobias Simon, the military does not represent a clear ideology. "It is more like a mirror of the population. It acts in this capacity." And it seems that at least large sections of the army have decided to side with the population. "If this assumption is true," said Simon, "the army could become the decisive factor in the power struggle."