I heard about the Spanish flu from my grandma for the first time. Her mother, my great-grandmother, fell ill in 1918 when my grandmother was four years old. She survived but retained severe heart disease. Nevertheless, she still had two children. She remained bedridden until she died, and my grandma looked after her father and younger siblings for years. The Spanish flu shaped her life. Just like countless people around the world. 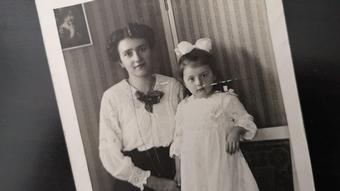 The author's great-grandmother (left) around 1917, before she fell ill with the Spanish flu

My family was only touched by the pandemic, that's the only reason I can write this. Experts estimate that between 50 and 100 million people worldwide died in the three influenza waves of 1918/1919.

How the Spanish flu changed the world

A comparison of the two diseases is of course flawed: What killed people back then was not known (viruses as pathogens were only detected in the 1930s). The genome of the new Sars-Cov-2 virus, on the other hand, was deciphered after a short time, and intensive research is being carried out on specific drugs and vaccines. We are much further medically today than we were then.

And yet there are similarities: As then, an illness plunges the global community into a profound crisis today. Even if we are still at the very beginning of the corona pandemic: What could we learn from the history of the Spanish flu for our future "after Corona"?

A book by the British science journalist Laura Spinney, which was published in 2018, provides information: "1918 - The world in fever. How the Spanish flu changed society".

When I read it two years ago, I could never have imagined in my life that I would soon experience the classic disease control measures outlined in it: contact bans and event bans, border closings and quarantine regulations. Protective masks are mandatory.

Who's to blame? Fears fuel xenophobia

Even a few months ago it still seemed unreal to me - when we first heard the news of fatalities in China. But even before the wave of infections spilled massively to Europe, the virus was exuding its poison: Under the hashtag #ichbinkeinvirus, Asian-looking people tweeted how they were racially insulted and hostile. 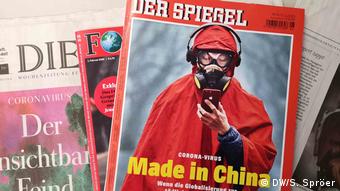 And the news magazine "Spiegel" published a sensational and controversial cover picture at the beginning of February: "Corona Virus: Made in China". The yellow lettering on the photo of a person in red protective clothing evokes associations with the derogatory term "yellow danger", which has been used again and again since the 19th century to stir up resentment against East Asian peoples, especially China.

Unfortunately, the reverse is now the same: From China, which claims to have only a few domestic cases of infection, foreigners are now reporting on xenophobic experiences - now they are feared as potential virus carriers.

Read more on the topic: A meal, but please without the coronavirus

A Spanish, German or even Brazilian illness?

When the Spanish flu broke out, people's fears were also expressed in the form of assignments of blame. For example in the names given by contemporaries to the new disease: In Brazil it was called "German flu", in Senegal "Brazilian flu" and in Poland it was called "Bolshevik disease".

That was particularly unfair to the Spaniards: Because the "Spanish flu" certainly did not come from there, as Laura Spinney proves (but probably either from France, China or the USA). 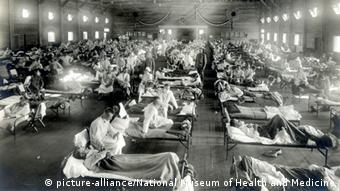 US soldiers in 1918 at an emergency hospital in Kansas

In Spain they were only written about first. Because the country was neutral during World War I, newspapers reported the disease outbreak in Madrid in May 1918 without military censorship. Although the flu had been rampant in the trenches of the warring parties in Belgium and France for weeks, the name "Spanish flu" stuck.

Crises not only promote fears and resentment - they also bring positive impulses and creative solutions. The futurologist Matthias Horx sees us at a historical moment when the "future changes direction". What this future could look like, he illustrates with a mind game: the re-gnosis. In contrast to the prognosis, he looks back to the present from the future. He not only recognizes the obvious and daily noticeable modernization push through the practical training of digital techniques, such as tele and video conferencing, internet teaching or mobile working (this text was also created in the home office). But also how our "human-social intelligence" will have helped to overcome the crisis. The forced physical distance will have promoted a new closeness, he says. That's right: I am already communicating with colleagues and old friends more intensively than before via video chat or by phone, and before we go shopping we ask our older neighbors - at a safe distance over the garden fence, of course - what we should bring them with us.

Will this new, friendly togetherness last? Because we were able to overcome the crisis together "in solidarity and constructively" despite radical restrictions, as Horx "re-gnosted"?

The world community can only master such massive crises together, in close international cooperation. After the Spanish flu, this realization led to the establishment of the health organization of the League of Nations, a forerunner of the WHO. Many states have also realized that they are responsible for public health care, and not just charities, churches and private health institutions as before.

Health systems worldwide will also be put to the test "after Corona".

In addition, the experience of the flu has shifted social and political power relations in many places. 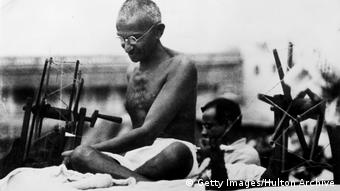 For example in India. Not the British colonial rulers, but the Indian population died en masse. Injustice in medical care fueled resistance, and Mahatma Gandhi, who had the flu himself, became the leader of the independence movement in 1919.

The consequences of the Spanish flu were also visible in art and culture. The painter Egon Schiele left one of the most shocking testimonies: his painting "The Family" shows him, his wife Edith and their child. A child who was never born. Because the pregnant Edith died of the flu - just like the painter himself three days later. In the meantime he painted the picture. 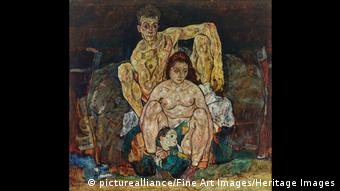 After such traumatic experiences of war and illness, there was a rift in art in the 1920s, "as violent as the division of the Red Sea in the Bible," as Laura Spinney put it. Just two examples: In music, Arnold Schönberg's twelve-tone music created a completely new musical system, and architects parted with romantic Art Nouveau ornamentation and designed functional Bauhaus buildings.

Even today, artists are grappling intensively with the topic - and museums are already collecting photos and everyday objects in order to document the current historical state of emergency for future generations.

Covid-19 is also a zoonosis: a personal decision

We do not yet know how much the world will change "after Corona". Nevertheless, we can already contribute to making it better. At least that's what I want to try. Because there is one more thing in common: Both diseases are zoonoses. In other words, diseases that are caused by viruses that are native to animals and that somehow jump over the biological barrier to humans. Whereby they have mutated into deadly diseases. 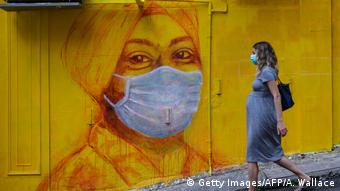 "Have we humans actively brought in and even created new reservoirs for flu viruses through the domestication of wild animals?", Laura Spinney quotes a scientific thesis in her book on Spanish flu. I think that is very likely. Because the Spanish flu and the new corona virus are by no means the only examples. The HIV virus, the SARS virus from 2002 and the influenza virus of the so-called "swine flu" from 2009 also originally come from the animal kingdom. So what if we stopped eating animals?

I decided that for myself. Not only, but also because of Corona. Perhaps I am helping to outsmart the viruses? That would be my very personal contribution to a world "after Corona".