The difference between earth and life

In contrast to all other planets, the earth has an atmosphere that we can breathe. It consists of 78 percent nitrogen and 21 percent oxygen, which is vital for us, as well as for most of all other living things on earth. The atmosphere also filters out the sun's UV radiation, which would otherwise be fatal to most life.

As with Venus, the atmosphere creates a greenhouse effect that makes the earth habitable for us in the first place. Because of it, the temperatures on earth are moderate compared to the other planets. However, extreme values ​​of below −80 degrees occur in the Antarctic and above +50 degrees in some desert areas.

The surface of the earth has been extensively mapped and is constantly being explored. Three quarters of the earth's surface are covered by the water that forms the three oceans, only a quarter is solid land. The country is divided into 6 continents, or 7 if you look at North and South America separately. The continents are enormously diverse. The highest mountain on earth is 8,848 m high, the greatest sea depth is over 12,000 m.

As far as we know today, the earth is the only planet that has life. Although there are well-founded assumptions about life on other planets, no extraterrestrial life has actually been discovered either inside or outside the solar system. 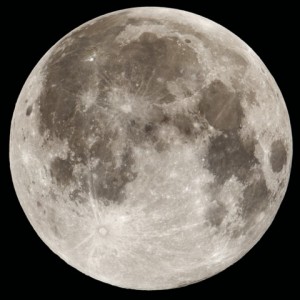 The earth has a large moon that causes ebb and flow. In relation to its size, it is the largest moon in the solar system. It is also unusual in other respects, e.g. its orbit does not lie in the equatorial plane of the earth, in contrast to almost all other moons in the solar system. The moon is also the only celestial body that humans have ever set foot on.