Why do I love EDM so much

EDM fan culture: The great love of being a fan

An EDM fan is an avid supporter

Now one could well ask the question, what is the point of being a fan? Countless euros are spent on concert tickets, hotel rooms or camping and merchandise. But that's exactly what being a fan is all about. Or not?

People from all over the world celebrate together at a festival. They forget their everyday life, they enjoy the moment, the music and life. Whether all of them are really fans or just love the music is something to speculate about. After all, there is no such thing as one fan. According to experts, fans are primarily people who adore someone. They look up to them, actively support their music and pretty much everything they do.

What the term fan means:

The word "fan" is etymologically derived from "fanatic" - which, by the way, has a rather negative connotation. The definition in Duden sounds better. Since the fan is called "Enthusiastic supporter"instead of being described as a "fanatical zealot". We definitely like that better. True to the motto: enthusiasm has never harmed anyone.

The 20 year old Kim from Speyer is a fan of Timmy Trumpet. During his shows, she's the happiest person in the world, she says.

“I can't get the smile off my face at all. Every time I wish that this moment would last forever. "

In Germany has Kim Timmy seen it a few times. The 20-year-old is currently in Australia for a year abroad - Timmys Homeland. She has already seen him there six times. To be continued.

Kim is a talented draftsman and because her idol Timmy inspired her, she wanted to draw him too. She remembered the wonderful moments at the festivals with him. She has our respect for it.

"When Timmy came on stage, I had the feeling that the entire atmosphere at the festival had changed. I forgot everything around me and just concentrated on the music. I don't know anyone who exudes such a good mood, like Timmy. You can tell that he loves what he does. "

Not only knows this feeling Kim. It's that feeling that makes being a fan. And whether it's a musician, a football club or a DJ - everyone feels the feeling of sheer happiness in the same way when they see their favorite star.

Being a fan can go one step further. It is not uncommon for fans to have their idol immortalized on their bodies. Simone from Mönchengladbach, for example, is a big fan of Martin Garrix. She has liked the current number one in the world since his hit "Animals". Has had a difficult time Garrix‘Music Simone helped. That was reason enough for the 24-year-old to Garrix to get tattooed on the entire upper arm.

"I wanted something extraordinary. Something that just not everyone has," says Simone. Some would think the tattoo was totally cool, others would just be crazy. Especially by many Garrixers will Simone admires what she treasures very much. The Garrixer be like her family who will always support her and show her love to Martin share. 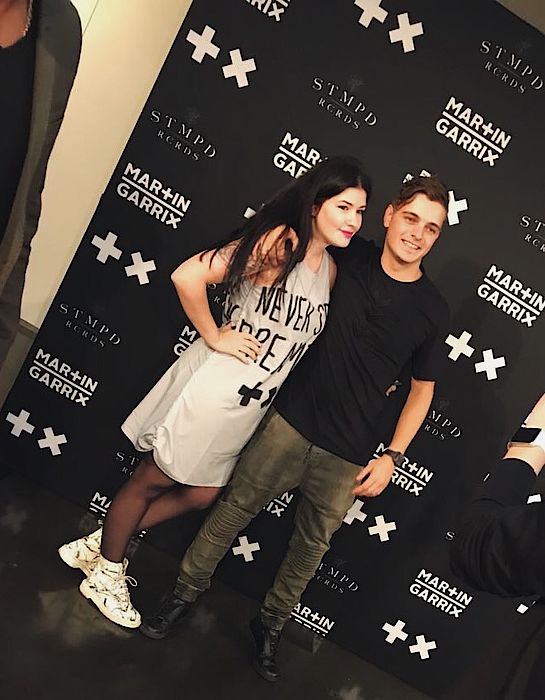 We think: everyone has to know for themselves who they are fans of and how much money they spend on festivals and merch. The main thing is that you have fun, right ?!

Are you also a fan or have you experienced something special with your favorite DJ? Then write to us at [email protected]. We introduce the most extraordinary fans and the coolest fanart.