What informs your attitudes about aging well 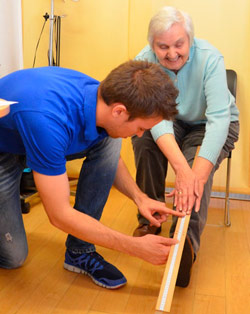 Before and after the multi-week training program - has mobility improved? Movement is good - more movement is better. This is especially true in old age. "But before we could develop ideas on how we can increase the activity of older people, we first had to know how active the older population in Germany actually is," explains Dr. Timo Hinrichs from the Ruhr University Bochum. Because so far there have not been any reliable figures on this. For this reason, the researchers working with Hinrichs first developed a questionnaire that records physical activity specifically for older people aged 70 and over. “The questionnaire was not just about finding out how much sport older people do. We also wanted to find out how much activity older people incorporate into their everyday lives. For example, how long they work around the house or in the garden and which routes they take on foot, ”says Hinrichs. A database that you need to then develop and test customized activity programs.

Housework or sport? Women and men have different habits

Almost 1,800 women and men over 70 were asked about their activity using the questionnaire. The result: women and men have different habits. While men exercise an average of one hour and 45 minutes per week, women only exercise an average of 70 minutes. However, women move around the household significantly more. They do about four hours of strenuous housework a week, such as gardening or cleaning windows. Men, on the other hand, only three hours. Light household activities, such as tidying up, washing up or dusting, were recorded separately. “It was clear to us that there is still a lot of room for improvement when it comes to movement in old age. That means: Older people usually do not move enough! In order to promote physical activity in the elderly in a targeted manner, we need meaningful and target group-specific measures, ”says the head of the study, Hinrichs. 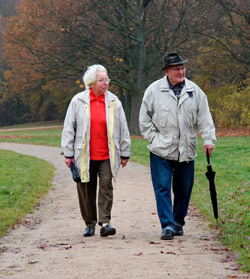 Integrating as much exercise as possible into everyday life is one way of staying active in old age - no sooner said than done. With funding from the Federal Ministry of Education and Research (BMBF), Hinrichs and colleagues from the PRISCUS research network started a study to increase the physical activity of older people. The whole thing worked through a new type of cooperation between general practitioners and sports therapists. More than 200 older, chronically ill women and men with restricted mobility were recruited for the study. Over a period of twelve weeks, they were individually introduced into an activity program. During this time, they practiced at home an average of three days a week. The activity program consisted of strength, balance and flexibility exercises. Most of the time, the study participants also went for walks two days a week. The result: the participants who held out to the end not only improved their physical functionality. Her psychological well-being also increased. In addition, the program was very well received by general practitioners and sports therapists as well as by the patients themselves. Nevertheless, the successes fell short of the scientists' expectations. “We had hoped for clearer results. Before implementing the program in standard care, we must therefore think about possible improvements in order to ensure the success of the activity program ”, says the project manager Dr. Anna Moschny from Bochum.

Focus on body and psyche

Scientists from the BMBF-funded research association AMA have also developed a program to increase the physical activity of older people - especially older people with several chronic diseases. AMA is the abbreviation for autonomy despite multimorbidity in old age. “In our program, in addition to the body, the psyche of the elderly is also the focus. Because the inner attitude is an essential factor for the success of health-promoting measures ”, describes Professor Dr. Susanne Wurm from the University of Erlangen-Nuremberg. Her research focus is on psychological aging research, psychogerontology. She heads the research project PREFER (Personal Resources of Older People with Multiple Diseases: Strengthening Effective Health Behavior) in the AMA group. “The aim of our project is to give older people a more positive view of aging and a better basic attitude towards changes in old age. We are talking about positive images of old age. This makes it easier for older people to change their behavior - including when it comes to movement, ”explains Wurm.

Beware of stereotypical ideas about getting older 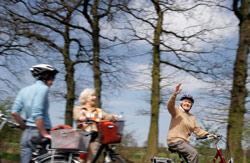 The key to success: a positive attitude towards getting older. In the PREFER study, more than 300 women and men aged 64 and over were invited to the German Center for Aging in Berlin. In small groups, they were then able to compare their own knowledge about getting older with the current state of science and research. "Some of the participants were surprised to find that they have very stereotypical ideas about getting older," said Wurm. Wurm and her team therefore presented the study participants with strategies for changing their own ingrained ideas about getting older, as well as various strategies for becoming more physically active. “We have not committed ourselves to one type of sport or movement. Because older people with multiple illnesses in particular can and often want to exercise very different forms of movement, ”explains the scientist. It was important to her that after the group sessions, each person chooses the form of exercise for their everyday life that best suits their own needs. In the course of the study it became apparent that it actually makes sense to take images of age into account in an activity program: Through the group sessions, the study participants not only developed more positive images of age. Even seven months later, these continued to contribute to greater physical activity - a result that will soon be available in an international specialist journal (Wolff, Warner, Ziegelmann & Wurm, in press).

Conclusion of the two studies: Increasing the physical activity of older people is clearly important. Finding the right individual method for this is not that easy. This will also require research in the future.