How does plastic waste affect people?

Plastic waste and its consequences

More than ten million tons of waste end up in the oceans every year. They cost the lives of thousands upon thousands of marine animals. Seabirds mistake plastic for natural food, dolphins get caught in old fishing nets. 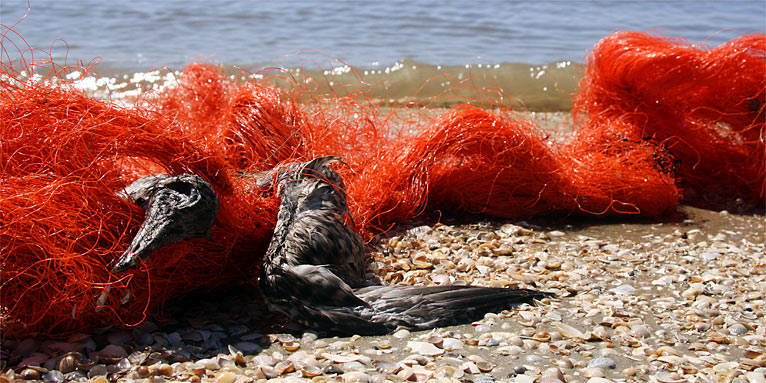 Hardly any threat to the oceans is as visible today as pollution from plastic waste. In almost 100 years, the initially much-praised material has irretrievably changed our blue planet. While almost 1.5 million tons of plastic were produced per year in the 1950s, it is now almost 400 million tons. And too much of it ends up in the sea.

About 75 percent of all marine litter consists of plastics. The annual input of plastic is 4.8 to 12.7 million tons. According to the United Nations Environment Program (UNEP), drifting meanwhile up to 18,000 plastic parts on every square kilometer of the sea surface different sizes. Yet what we see is just the tip of the iceberg, more than 90 percent of the waste sinks to the sea floor and remain hidden from our eyes. Plastic is almost imperishable in the sea, it only slowly decomposes through salt water and the sun and gradually releases smaller fragments into the environment.

The remnants of our throwaway society Up to 135,000 marine mammals and a million sea birds die every year. The animals starve to death with full stomachs, because plastic clogs the digestive system, whales and dolphins, but also turtles, get caught in old fishing nets, drown or suffer serious injuries when attempting to rescue them. The so-called garbage vortices are a special phenomenon. Hydrographic eddies gather here gigantic rubbish carpets at. The best known is the "Great Pacific Garbage Patch" in the North Pacific between Hawaii and California. 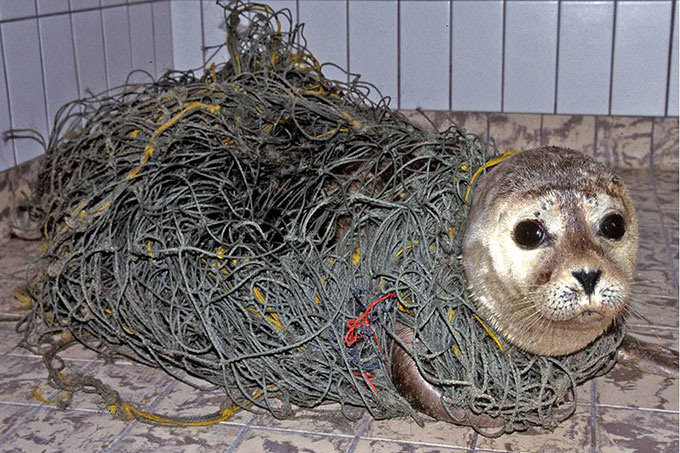 But not only physical dangers lurk. During the decomposition processes, dangerous ingredients such as bisphenol A, phthalates or flame retardants are released accumulate in the food chain and can have a lasting effect on the genetic make-up and the hormonal balance of marine organisms. In the long term, harmful effects on humans cannot be ruled out either. The small plastic particles attract environmental toxins such as the insecticide DDT or PCBs dissolved in seawater like a magnet. A deadly meal for filter feeders like clams or corals. Only in the last few years it became known that many cosmetic products also contain plastic particles. According to the NABU study on cosmetic products and cleaning agents, around 1,000 tons of microplastics are discharged into the sewage system every year.

In Europe, millions of tons of plastic are thrown away as a matter of course after a single use every year. Plastic bags, plastic bottles and even cigarette butts are some of the most common finds on the beach. Most of the trash comes with it from land, carelessly thrown away and carried across rivers and the wind into the sea. The Rhine washes an estimated 380 tons of plastic into the North Sea every year. In addition, inputs from shipping, fishing and the offshore industry also play a major role in the region. At the bottom of the North Sea alone there are probably more than 600,000 cubic meters of garbage, which is 1.5 times the size of Cologne Cathedral.

Each of us can help make the oceans cleaner - ocean protection starts at home. Our consumption and throw-away behavior can help ensure the survival of the diverse marine world.

More on the subject

“Lively, healthy and diverse seas - which we do not exploit, but use carefully. This is what NABU is committed to! " 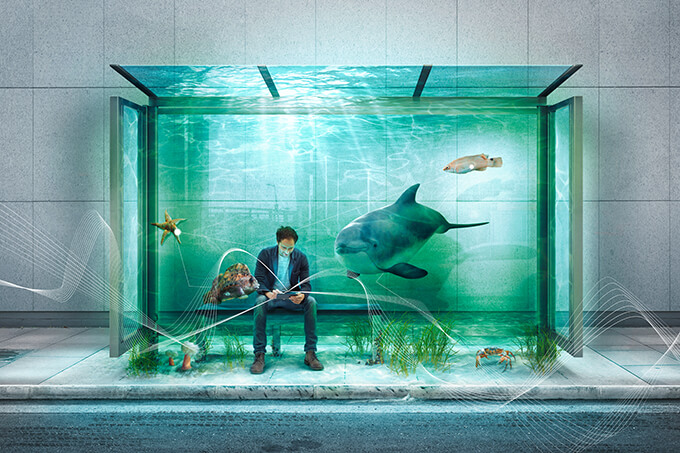 Explore the fascinating underwater world of the Baltic Sea - all without snorkels and fins, from home or on the go!