What is Fetchme's business model

At the TuesdayOn May 31, 2016, our next regular, public plenum will take place in the sublab, to which we invite all interested parties. 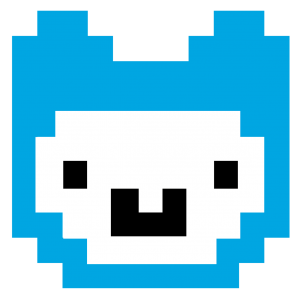 On the 4th day of CrytoCon16 will be presented as part of the Junghakertag Youth chops in front. Further lectures and workshops round off the CryptoCon. In the Crypto consultation hour we are open to your questions and give practical tips on digital self-defense, encryption, data protection and security. 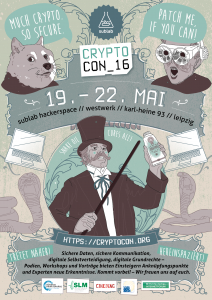 The rumor mill is booming. Since last summer, rumors and false reports about refugees have been spreading more and more on the Internet, but also offline. The topics of these rumors range from crimes to social benefits that refugees are supposed to receive to supply shortages for locals. Once the misinformation is in circulation, it can hardly be removed from the world. Since February the project hoaxmap.org has been trying to resolve these rumors and their refutations in German
Collect space. For this purpose, the individual rumors are crowdsourced and displayed online on a map and sorted regionally and thematically. In the lecture, the project and the exhibit framework used for the presentation will be presented, problems that have occurred will be explained and an outlook on the further development of the project will be dared.

Workshop: Fetch me if you Can (campaign tracking profiles)

Together with groups from Berlin and Cologne that are critical of surveillance, the Alliance for Privacy e. V. launched the “Persecution Profiles” campaign, with which we want to create awareness of the risks associated with creating a profile through BigData. The population should be made aware of this issue, which will massively accompany and affect us all in the next few years, and be informed about it in order to be able to make self-determined decisions. As part of our lecture, the campaign should be presented as well as the essential goals and strategies and our motives presented.

At the same time, we want to invite you to a conference planned in Leipzig, at which we - together with those who are affected - want to investigate the extent to which, for example, minorities, activists or people with professional secrets are already the focus of profiling on a big data basis back and feel the real effects.

The workshop should be rounded off with a reflection on the course of the campaign. We would like to see a stimulating discussion afterwards.

Note: Originally designed as a lecture.

In a world in which space and time are fleeting, our constant movement does not go unnoticed.

City dwellers of the 21st century experience this process as the introduction of more and more sensors and network endpoints, some of which we even carry with us. This networking tendency, which the "Internet of Things" is expanding to include more and more self-sufficient, automatically networked and communicating systems, has recently been described as "ubiquitous data processing" or "ubiquitous computing". As the basis of data-driven business processes, “ubiquitous computing” can be separated from the vision of seamless networking and is finding its way into new considerations for urban planning and development as the undifferentiated fashion term (buzz word) “Smart City”.

The city of Leipzig participates in the EU project Triangulum. In the course of this event, the west of Leipzig is intended as a workshop and pilot region to develop and test “smart” technologies in the city.

The term “Smart City” is just as unclear as the question of the degree of networking and the introduction of sensors for the increasingly extensive recording of movements in daily life.

Additional Information:
CryptoCon 16- recording of the lectures (recordings)
Cineding's program notice for The Internet's Own Boy
Program overview with highlights
CryptoCon16 website and Lifestream
Program in the conference system

On the 3rd day of CrytoCon16, numerous lectures and workshops will be offered. In the Crypto consultation hour we are open to your questions and give practical tips on digital self-defense, encryption, data protection and security.

Lecture: When Big Data Is Deadly

Under the motto "The drone wars - from the war on terror to the robot wars of the future?", An introduction is offered and explains how the drone war currently works technically and politically, what the social and security background are and offers an outlook on future developments. International institutions and norms as well as humanitarian legal systems are eroding more rapidly under the pressure of unmanned and automated warfare.

The fact that our privacy is worth protecting has not only been discussed since the revelations in recent years by various whistleblowers. What exactly this worthy of protection is, however, does not seem to be so clear. State authorities sometimes even claim that privacy should be weighed against other goods such as security. The first step in the lecture is to try to grasp privacy as a term. For this purpose, the philosopher Hannah Arendt refers to the concept of privacy and publicity. The definition of the private is closely related to the question of why this “something” should be protected, and whether it is not really just a means that serves to secure other abstractions such as freedom, autonomy and authenticity. In a second step, the thesis is asked whether privacy protection is not a right, but rather only belongs to members of certain social groups. For this purpose, the historical context is considered on the one hand - by whom and under what circumstances was privacy protection requested? -, on the other hand, current practices of companies are examined.

Additional Information:
CryptoCon 16- recording of the lectures (recordings)
Cineding's program notice for The Internet's Own Boy
Program overview with highlights
CryptoCon16 website and Lifestream
Program in the conference system

On the 2nd day of CrytoCon16 you will be guests in the Cineding and will show a documentary from 7 p.m. The keynote will then take place in the sublab. The sub: lounge and Alice ‘and Bob's Crypto Fashion Show round off the 2nd day.

The Internet’s Own Boy

His advocacy for social justice and free access to information on the Internet ended in a legal nightmare with a fatal outcome for the most sensitive activist.

The film premiered at the Sundance Film Festival in 2014. We show a version with a German voiceover.

We are very happy that we have a Bang! -Activists were able to win over for the keynote.
Bang! describes their mission as follows:

Most of the time Bang! is a collective of smart and silly people producing creative political stunts and enriching campaigns with subversion, humor and civil disobedience.

Bang! was among other things about their campaigns Germany says sorry, Tortal war, Intellexit and Google Nest known.

This entry was published on by BPL in General, Messages. Keywords: CryptoCon. 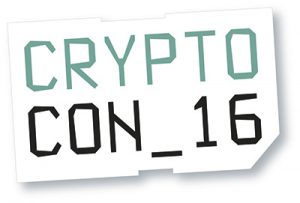 Today the CryptonCon16 begins, a series of lectures and workshops on the secure handling of your own data, secure communication and the challenges of living together in the digital society. Security-related aspects are discussed as well as legal and regulatory issues or data protection and privacy.

Then the following presentations with a subsequent question and answer session are planned (Attention! Program change):

approx. 19:15 Prof. Wolfgang Kleinwächter, professor for "Internet Policy and Regulation" at the University of Aarhus, ehm. ICANN director
What do governments want on the internet? New developments in international internet regulation in the light of the G7, G20 and BRICS. 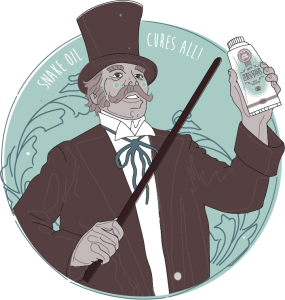 This entry was published on by BPL in Actions, Announcements. Keywords: CryptoCon.

At the TuesdayOn May 17th, 2016, our next regular, public plenary will take place in the sublab, to which we invite all interested parties.

This article was published on by BPL under Communications, Proceedings.

“We can do it ourselves” - alternative social networks and cloud systems

Totally networked in the "Walled Garden", we are never alone. Data - our data - has become the basis of business models, which are ultimately used via social graphs and the analysis of relationship networks to create profiles. Enriched and refined over many years. This data is of great interest to advertisers and marketing managers, opinion pollers and opinion makers, but also to intelligence services, as we know from the Snowden revelations.

Knowing about the omnipresent data collection and the associated diffuse uncomfortable feeling, not a few indicate in surveys that they would like more privacy within these walled gardens of Facebooks, Snapchats and Googles of this world without restricting functionalities or networking options. A field of tension that research describes as a privacy paradox.

Quitting social networks often seems unthinkable for users when work colleagues, fellow students, friends and family use it to plan their free time and friendship ties span the entire globe. In the meantime, however, we not only entrust our everyday lives to social networks, we also load gigabytes of digitized memories into central clouds.

Are there alternatives beyond the large central offices? What is a social network? How can I access and share my documents or photographs from anywhere without using a cloud from the major providers? Can I run a social network myself? Will this give me more self-determination and sovereignty on the Internet?

We want to deal with these questions at the CryptoParty on May 11th from 7 p.m. in the sublab, Karl-Heine-Straße 93, 04229 Leipzig / Westwerk. We present alternative, federated networks, show the possibilities of self-operated clouds, bring the use of encrypted zero-knowledge cloud storage closer and demonstrate the basics of operating your own blog, beyond Tumblr and medium. We cordially invite you to a lively debate about the pros and cons of these alternatives and to get to know them by trying them out.

This article was published on by BPL under Communications.

At the TuesdayOn May 3rd, 2016, our next regular, public plenum will take place in the sublab, to which we invite all interested parties.

This entry was published on by BPL under General.
<?