For over a year there has been a topic that has caused controversial discussions: cultural appropriation. The origin of the discussion was music interpreting. But actually the topic is much more complex. Seeing instead of hearing presenter Anke Klingemann tried to get more clarity.

It started a good year ago: A (music) interpreter is establishing herself very successfully in a way that many deaf people do not like. The criticism: The sign language and culture belongs to the deaf and not to the hearing. They have discovered the beautiful sign language of a minority and are now spreading it among themselves, playing themselves in the foreground and completely disregarding the deaf. And that is perceived as "cultural appropriation". 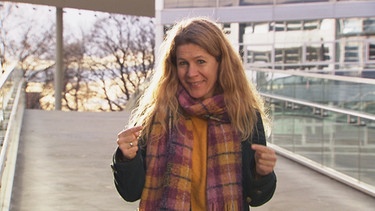 But it is more than that: the topic is complex and different topics and perspectives have long been mixed up in the discussion. Seeing instead of hearing moderator Anke Klingemann tried to get more clarity: In the last year she met with different people to get answers and to form her own picture.

What is "cultural appropriation" actually? 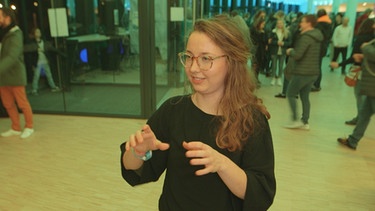 Viviane Grünberger studied Deaf Studies and wrote her bachelor thesis on the topic of "cultural appropriation". She gave a lecture at the Youth Festival 4 in Munich and Anke Klingemann met her for an interview.

"It's not about togetherness, but rather the person wants to move forward on their own. Power relationships, respect and privileges play a role. Hearing people always have certain privileges towards the deaf and better off them because they know sign language and spoken language. You have to reflect on why that person acts like this [...]. "

But by no means would he attest "cultural appropriation" to all hearing people who learn sign language. There are only a few "black sheep", it definitely depends on the individual person. 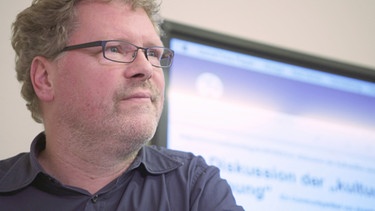 "So far, deaf people have been denied a lot. That was the case for many years. Now at last they have the opportunity to create something together with the hearing. It's about how [...]. When both sides are open, show transparency, are in exchange and Working together can lead to success. But if someone is rather skeptical and is only concerned about themselves, then it is probably a personal problem. [...] Basically, the most important thing is the attitude. If you have a positive attitude [...] yourself makes strong for the cause, then you are welcome. But if only venom is to be seen, then we don't want that. That happens and is normal and human. But we had this suppression long enough [...]. "

Working together seems to be the key to success.

Of arrogance and enrichment

Paddy Ladd from England has taught, worked and researched at the University of Bristol and the Center for Deaf Studies for a long time - and a deep insight into this topic. He is very critical of the topic of "cultural appropriation". 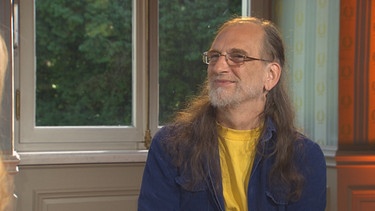 "In the past, deaf people were suppressed and not let them have their own way. Now there is an unbelievable fascination with sign language among hearing people. [...] Interpreters are on the stage and hearing people pay homage to them and it is spread through the media [...] It seems that the interpreter only wants to help the deaf to make inclusion possible. This makes my stomach turn and I feel transported back in time to earn money with it? With the culture and the language of the community, from which she herself learned and was then able to develop without maintaining the connection to the community. "

In England, too, Paddy Ladd experiences a certain arrogance among some of his students after completing their training. That is why he believes it is particularly important to create an awareness of “cultural appropriation” among students during training. The Englishman even goes a step further and argues that part of their earnings should be returned to the deaf community.

Wiebke Gericke is hearing, has studied German Sign Language and has been very familiar with the deaf culture for many years. She has created "baby sign language courses" - which some see as "cultural appropriation". But Wiebke Gericke only wanted and wants good things: to transform the negative image of sign language into a positive one in its early days, to give parents of deaf babies security - and to strengthen communication with their children.

"I saw the advantage that I can achieve a lot with the hearing children by teaching the signs. My impression is that they got a much easier and more positive image of the sign language [...]."

So a person like Wiebke Gericke is very valuable to the deaf community. She is an ambassador who mediates, educates society and creates a positive image. It is just a question of attitude, whether as a hearing person you are positive about the deaf community or whether you push yourself to the fore. 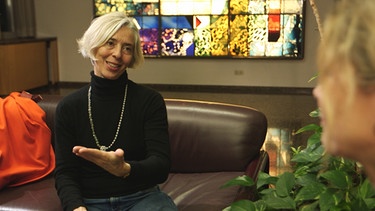 And what about the interpreters? Christiane Schuller has been interpreting for over 25 years - and advocates trust between the deaf and interpreters.

So has the deaf community not dealt enough with the subject of interpreting - and missed the further development of the job description? The expectations among the deaf are very different in this regard. And this also results in tensions and disappointments.

The question arises as to whether the training centers are well prepared for the role of interpreter. At the Landshut University of Applied Sciences, Anke Klingemann had Prof. Dr. Sabine Fries, who heads the sign language interpreting course here. She also sees the change in the understanding of roles in the sign language interpreting profession. A major problem arises in the post-apprenticeship period. There is no certainty here about the further development and recruitment of interpreters. And who checks that interpreters are trained accordingly. There is a big loophole here. 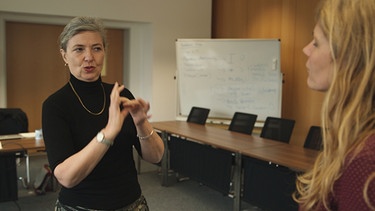 "When the students have finished here, they leave the university and are gone for the time being. We then no longer have any connection to them. That means we don't know what they're doing then. That's the problem. Not just the training center, but Even the deaf community then knows nothing about the further development of interpreters. For example, whether they attend further training courses? Who should do it? Who is ready? Who controls it? That is simply missing. " 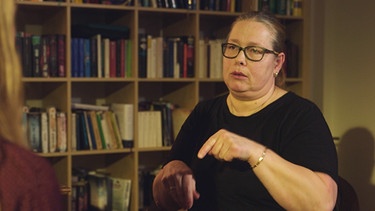 "There were heated discussions and different opinions. That was very controversial. But it is not the case that everything is over now and everything is resolved and is now getting better. There are still many unanswered questions and a lot to do. First of all, it is important that the hearing side, i.e. the agency and the hearing interpreters, work together with the deaf. That means that we have brought everyone involved on board and will now try to work together on the topic in the future. "

All of this is a good start. But there is also a great need for exchange in other areas. And that shouldn't just happen at the top level. To move forward, the most important thing is collaboration.