Is the headscarf teacher of Turkish origin, does she have a migration background, or is she an immigrant? When is someone a migrant, when is a refugee and when is a refugee? There are many examples where certain terms are unclear or wrongly used interchangeably.

In the past, people in Germany made it easy for themselves: For a long time, people without a German passport were simply called "Foreigners" designated. Simply put, the term describes a person in Germany without German citizenship. In fact, the term has now been avoided because it arouses very negative connotations and is exploited by right-wing extremists.

In place of the term "Foreigners" The expression appeared at the latest with the new nationality law from the year 2000 "People with a migration background". With the reform, people with dual citizenship came into focus, which no expression had previously adequately described. 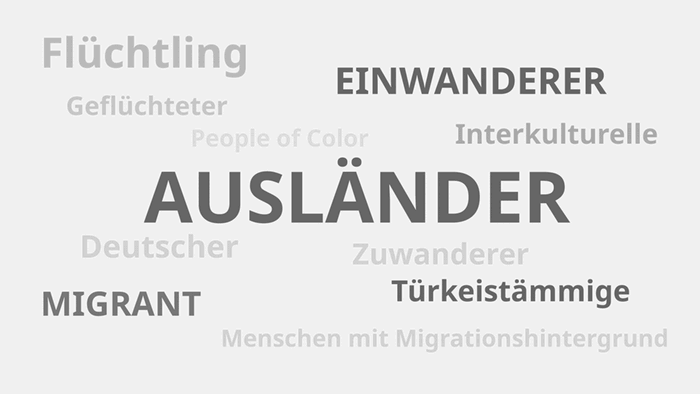 First was the term "People with a migration background" Mainly used in administration, but has also become part of everyday language. According to a definition by the Federal Statistical Office, it describes foreigners living in Germany, naturalized Germans who immigrated to the Federal Republic after 1949, and children born in Germany with a German passport whose migration background is derived from at least one parent.

It's a large, heterogeneous group. This has led to people living in the second or third generation in Germany in particular using the expression "People with a migration background" can no longer identify. Many say that it no longer describes the reality of their lives and has a negative connotation. The New German Media Makers, a nationwide organization of media workers with and without a history of migration, therefore held a workshop in 2014 to find and establish new terms. There were four alternative suggestions: Diverse cultural, Intercultural, People with an international history and Immigrant people.

In the case of a certain group, there is a separate word that is often used: of Turkish origin. According to the New German Media Makers, it often replaces the previously common name "Turks" and takes into account that almost half of them are now German citizens. However, they recommend the name in a glossary published by the organization "People of Turkish origin", since many immigrants from Turkey are Kurds or members of other minorities and do not claim to be "Turkish" understand.

It gets complicated when it comes to people who have apparently not yet lived in Germany for long. Especially the term "Migrant" is misleading. According to the Federal Statistical Office, it describes people who were not born in what is now the Federal Republic of Germany, but who live here. What many do not know: Around half of the migrants are now Germans. These include ethnic repatriates, for example. In connection with the global migration movements, the term migrants describes people who leave their homes. It doesn't matter why or for how long they leave. For example, migrants leave because they hope to find good work elsewhere. 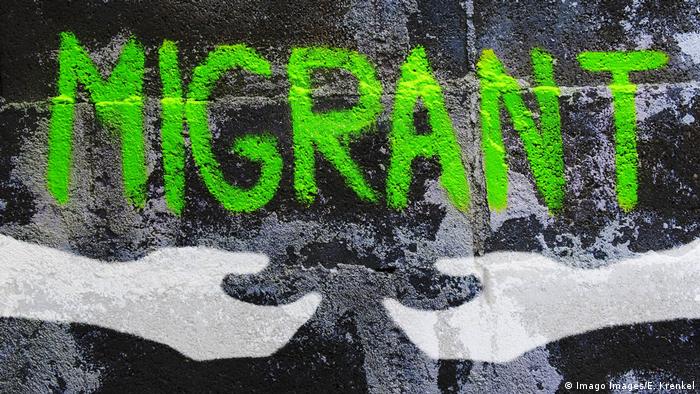 This is what distinguishes migrants from "Refugees". They also belong to the group of migrants, but have had enough one leave their country for a specific reason: they are fleeing violence or persecution. However, people are not automatically refugees as soon as they enter another country. You are first of all "Asylum seekers". Only when their request for asylum is recognized are they officially considered refugees. The media service integration, an information platform of the "Council for Migration", recommends, should you want to take it more precisely, the terms "Refugees" or "Asylum seekers" to use.

Expressions that are often used incorrectly in this context are also used "Immigrant" and "Immigrant". While "Immigrant" According to the glossary of the New German Media Makers, first of all describes people who are moving to Germany "Immigrant" People who have come to stay forever.

In the past few years there has been an increasing amount of debates about a person's appearance. For example, if in wanted reports from people "southern appearance" the speech is. The New German Media Makers criticize the latter as being too imprecise - both geographically and biographically. Because the people mentioned could also be born in Germany, although the term does not indicate that.

The expression "People of Color" however, it is a self-designation and, according to a glossary of the Amadeu Antonio Foundation, a German foundation that primarily deals with right-wing extremism, should describe "people who have experienced racism". The term marks a political social position and sees itself as emancipatory and based on solidarity.

Then what is a "German"?

Basically, the term describes "German" a person with a German nationality. The New German Media Makers advocate not restricting the term to native Germans. Because almost a quarter of Germans come from an immigrant family. Seen in this way, of course, there is also a "People with a migration background" or one "Person of Color" a German.