Is Marxism a Christian herbalism? 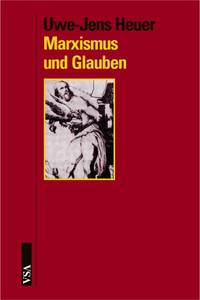 Short text: A Marxist debate about belief and religion in Marxism and its history, with a chapter on religion and socialism using the example of the GDR.

One of the strongest forms of ideology is belief. In the form of religious belief, it played a role in world history and still plays it today, as can be seen from the virulence of religious fundamentalisms. Social and political movements are repeatedly charged with religion. Marxism, both as a worldview and as a social movement, is confronted with the accusation of quasi-religion. The path from utopia to science ultimately led to a new "doctrine of salvation", for which the "psychographic" misery of former devout disciples also speaks. On the other hand, Marxism is castigated as scientism for which categories such as faith and hope do not exist and which consider all problems to be solved.

Uwe-Jens Heuer shows which internal theoretical views on religion and belief can be found among the Enlightenmentists, Marx and Engels themselves and their first students. On the other hand, he examines the history of socialism in the area of ​​tension between belief, science and politics. In doing so, he faces the challenge of examining the twofold reproach against Marxism. He concludes that as the teaching of the past, Marxism must insist on the dominance of knowledge, but also need belief as the basis of activity and personal commitment.

The author:
Uwe-Jens Heuer was a legal scholar in the GDR and a member of the Bundestag for the PDS for eight years. Latest book publications: Im Streit. A lawyer in two German states (2002), Marxism and politics (2004).