With a population of around 1.37 billion, India is the second most populous country in the world after China. About 72 percent of the population are Indo-Aryans, 25 percent are Dravids, who live mainly in southern India. Three percent are other ethnic groups.

The number of illegally immigrated Bangladeshis is estimated at up to 20 million. The 100,000 or so exiled Tibetans who have fled their homeland since the Chinese occupation of Tibet in the 1950s are officially recognized as refugees. In addition, around 60,000 Tamil refugees from Sri Lanka live on Indian territory.

About 780 languages ​​are spoken in India. In addition to the two national official languages Hindi and English the Indian constitution recognizes 21 languages. In northern India, Hindi is the predominant mother tongue or second language. In the south, on the other hand, it is easier to get by with English. 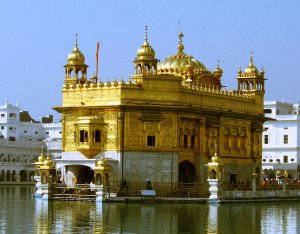 No other country in the world has such a great religious diversity. The following are the largest religious communities in India: Hinduism, Buddhism, Jainism, Christianity, Islam, Sikhism. 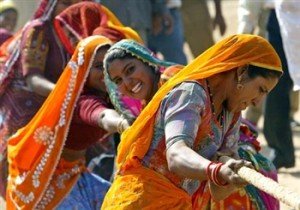 In Indian Movie In addition to commercial large-scale productions (Bollywood / Kollywood), there is a rich tradition of auteur cinema. Because of the many languages ​​there is not “the” Indian literature but a multitude of Indian literatures.

Approximately 120 million Indian households currently have one TV. In total there should now be over 400 TV channels. The state broadcasting on VHF radio According to the Broadcasting Authority of India, "All India Radio" reaches around 20% of Indian listeners.

The Internet is one of the major growth industries in the media sector. Statistics assume there are over 60 million Internet users (a rapidly growing number).

Print media are numerous and, in many cases, of high quality. In total there are over 70,000 registered newspapers and magazines with a total circulation of 185 million. The Indian press is largely owned by family businesses and some have also been opened to foreign investment. Publications that deal with news and current affairs can be up to 26% in foreign hands, scientific or specialist publications up to 100%.

In India there is general Compulsory schooling from 6 to 14 years. Attending public schools is free. The school system comprises four main levels: the five-year elementary school is followed by the middle school from the sixth to eighth grade, then the higher schools and finally the colleges and universities.

Secondary schools and higher education institutions are mostly only available in cities. Since the education system is largely incumbent on the states, there are correspondingly large regional differences. India has 380 universities.

The Illiteracy rate is estimated by the government at 35%. One problem is the disadvantage of girls, whose school enrollment rate is lower than that of boys. At higher educational institutions, the proportion of women is generally significantly lower than that of men. Another major weak point is the hitherto underdeveloped vocational school system.

An increasingly popular alternative to normal school attendance is homeschooling (home tuition or home tuition) or free learning (unschooling). In India, home schooling is legal as an alternative to the compulsory public school system.

One option is the kids Teach at home in German through the Wilhelm von Humboldt Online Private School allow. As a result, children can be taught according to the German curriculum by teachers accredited in Germany and thus prepared for secondary school leaving certificate and Abitur - Info HERE.

Would you like to speak the language of your new home quickly?

Save up to 40% when moving - worldwide

If the information on this page is important to you, then bookmark Please and give us one Like. If you think that others should read this information too, then recommend Please continue this page. But we'd also be honest about it criticism If you find any information that is missing, misleading or out of date, so that we can improve the content further Please use our for this Contact page. Many Thanks!
<?