Which countries have the greatest national pride?

National pride in Corona times: It's not just the virus that is deadly

Germany celebrates itself as the virus world champion. But not only Corona should be fought, but also nationalism. Because it also costs human lives. 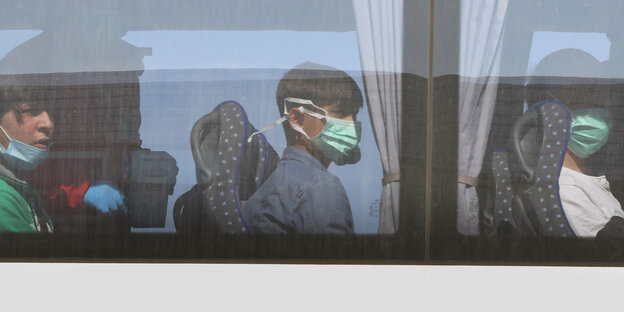 Germany is a great country. Really great. Soccer world champion, export world champion - and now also virus world champion. Because under the headlines that have been repeated for weeks, this one in particular catches the eye: "Why does Germany have so few corona deaths?" Optionally with the addition: "Foreign countries are wondering".

So it is no longer so tragic that the European Football Championship has to be canceled this year because of Covid-19. There are other disciplines in which you can compete with various countries. Pandemic deaths, for example.

Now seriously: These whole country tables with the numbers of infected and recovered and dead - do they have anything competitive or does it just seem like that to me?

The fact that nationalism plays a role in dealing with the pandemic is not only noticeable here, but also in Turkey, for example. When the spread of the virus became public in all neighboring countries and half of my relatives suffered from sudden fever, Ankara still claimed that Turkey had been spared. At the end of March, the obvious could no longer be denied and the head of state Erdoğan gave the citizens the usual patriotic mood: “No virus is stronger than Turkey.” And no virus is more deadly than nationalism.

Sagrotan on it and sponge over it

But back to Germany. Everything works so well here: 1. The health system !! - except of course for those who do not have a valid residence permit and therefore no health insurance and are rejected in hospitals. 2. Homeschooling !! - okay, except for the students who don't have a computer and parents at home to help them study. 3. Citizens' trust in politics - although it was the Minister of Health himself who started the rumor at the end of January that the virus was no more dangerous than ordinary flu, while in China dozens of people were already dying from it.

But well, now we have learned something new, just spray a little Sagrotan and sponge over it. Schlaaaand, an early summer fairy tale!

Of course it is good when few people die and we take care of each other. But this “solidarity”, which has been talked about everywhere recently, only extends from Heinsberg to Passau for Germans. Otherwise the headlines would not only revolve around the corona deaths, but also about another number that is very low, namely 50: "Why does Germany accept so few unaccompanied underage refugees? Foreign wonders “would be a nice title.

Yes, Covid-19 should be fought and with it nationalism, because it too isolates us from one another, it too costs human lives, but unfortunately it never allows itself to be vaccinated. Therefore, a piece of advice, loosely based on Max Czollek's book title: Disinfect yourselves! And your toxic national pride.