When you stutter, the flow of speech gets stuck. The stutterer is repeatedly stuck on a word, which manifests itself in repetitions of sounds, stretches or complete blockages. He knows exactly what he wants to say, but cannot pronounce the word at the moment.

Stuttering can manifest itself in different ways:

Stuttering is an individual phenomenon. Everyone who stutters stutters differently and in different situations. How badly someone stutters also depends on their current mental state. However, stuttering is not a mental disorder, but a physical one. 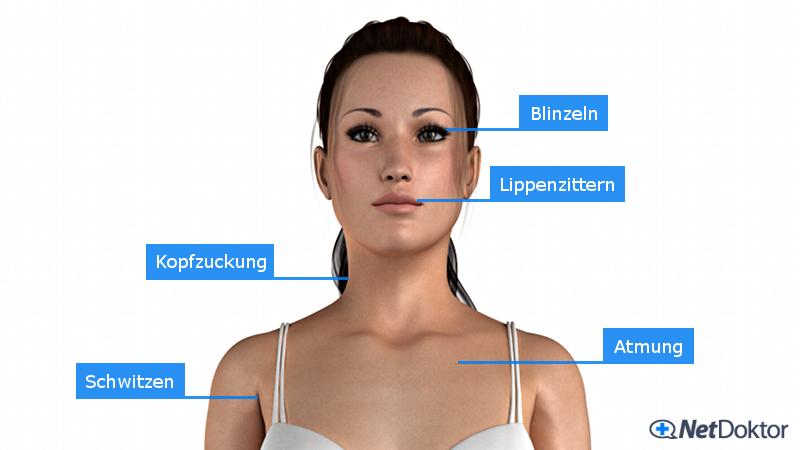 Stuttering usually begins in toddlerhood for no apparent cause. In fact, most children between the ages of two and five go through a phase in their language development when thinking and speaking cannot always keep up with each other. Then a child repeats certain words until the term he was looking for comes back to him (example: The-the-the-dog bit me). This is normal and usually goes away on its own. In general, stuttering occurs in five percent of all children in this age range.

About 25 percent of these children develop a "real", i.e. permanent stutter from it. It's exhausting and frustrating. It is therefore no wonder that affected children do not like to speak or are even afraid of it - especially if they are teased by their peers about stuttering. A vicious circle of fear and avoidance arises. The stuttering is becoming more and more common. The longer it lasts, the harder it is to return to speaking fluently.

In adults, stuttering only rarely disappears completely. So it is usually no longer curable. Nevertheless, therapy can be successful and significantly improve the quality of life. Those affected can learn to speak more fluently and cope better with stuttering.

This gives many the self-confidence they need to communicate freely with their fellow human beings again and not let stuttering restrict their development - for example when choosing a career or during leisure activities.

Stuttering can be emotionally stressful

Stuttering can be a major emotional burden. Many stutterers try to cover up their problem. They avoid certain initial letters that are difficult for them or quickly replace sensitive terms with other words so that the other person does not notice the stuttering. Anxiety and the increased exertion of speaking lead to avoidance strategies over time. With some it even goes so far that they only speak when there is no other way. They withdraw from social life.

Speech is a complex interplay of various actions that the brain controls. It is important to coordinate breathing, vocalization and articulation in a fraction of a second. This interaction is disturbed in people who stutter.

So far, there is no clear cause of the stuttering. There arguably a multitude of factors that create and sustain stuttering - factors that also influence one another.

One thing is certain: stuttering is not a mental disorder, but a motor-related speech impairment. It occurs regardless of social and cultural origin, level of education and the way people interact with one another within the family.

Diseases with this symptom

Find out here about the diseases that can cause the symptom:

Different professional groups use different approaches in the treatment of stuttering. In individual cases, the therapy also depends on the type and severity of the stuttering as well as the age of the person affected.

The main goals of stuttering therapy are:

This is a special method of stuttering therapy for adults Fluency Shaping. It is supposed to change the way you speak and prevent the person affected from stuttering in the first place. Techniques are, for example, the soft entry of voices at the beginning of the word and the stretching of vowels. In addition, those affected learn to control their breathing. However, this method has to be practiced intensively so that it becomes second nature to the person concerned and the initially strange-sounding speech becomes a natural flow of speech.

Another method is that Stuttering modification. This is not about completely avoiding stuttering. Rather, the goal is a “liquid stuttering” that can be controlled using certain techniques. The affected person should learn to react to his stuttering and to intervene in the disturbed flow of speech. It is also essential with this approach that the person concerned develops a stronger self-confidence and deals openly with his problem, so that speaking is no longer frightening for him.

Stuttering therapy for children distinguishes between a direct and an indirect approach.

Theindirect approach does not focus on the speech problem. Rather, it is primarily about reducing fears and promoting the desire to speak. The indirect approach is intended to create the basis for fearless, calm speaking. Language and movement games, for example rhythmic verses and songs, but also relaxation and dialogue exercises, are intended to encourage the child to enjoy speaking. Close cooperation with the parents can improve the success of the therapy.

The direct approach starts directly with the speech problem. The children learn how to control stuttering, how to relax in case of blockages and how to calmly cope with conversational situations. In addition, this approach promotes an open approach to the problem and strengthens the self-confidence of the children.

Can Stuttering Be Cured? It depends on. In many children, stuttering disappears spontaneously or through therapy. The earlier treatment begins, the higher the chances of success of stuttering therapy. Because the longer a child stutters, the more the likelihood of a cure decreases.

In adults, on the other hand, stuttering disappears completely only in rare cases. However, continuous training can significantly improve the flow of speech and keep stuttering under control.

Stuttering: when do you need to see a doctor?

Whether someone who stutters needs therapy depends on the severity of the language disorder. The criteria for this are how often stuttering attacks occur and how strong they are. Above all, however, stuttering must be treated if it is mentally stressful for the person concerned.

Avoidance behavior in particular is a clear indication that it is time to seek help - that is, when the stuttering person avoids conversational situations or withdraws from his social environment.

Stuttering: You can do that yourself

Most of all, stuttering people are afraid of the reactions of those around them. If you are relaxed, the language usually flows relatively unproblematically. That means: You can help your stuttering interlocutor by relieving him of the tension. The following tips: