Are there Jewish kings and kingdoms?

It's a first: for the first time in Moroccan history, the country's school system is dedicated to the heritage and history of its Jewish citizens. The move followed the opening of the Jewish "House of Remembrance" in Essaouira by King Mohammed VI. The exhibition takes place in the rooms of a restored Jewish temple. "This is a real paradigm shift," says the Moroccan-Jewish singer Susan Haroush, who is jointly responsible for the conception of the facility. "This house offers a whole new way to learn about the common history of Moroccans, Jews and Muslims."

With the "House of Remembrance", Morocco is continuing a long-established interreligious course. The kingdom was one of the first Arab and Muslim countries to take part in the "Aladin Project" initiated by UNESCO 20 years ago. This aims at the dialogue of religions and cultures and at the same time counteracts the anti-Semitic currents in the region, which are spread by extremist groups.

In 2011 Morocco passed a new constitution. With this, the kingdom is the first Arab-Muslim country to recognize Jewish culture as a fundamental element of its multicultural heritage and the foundation of its current identity. 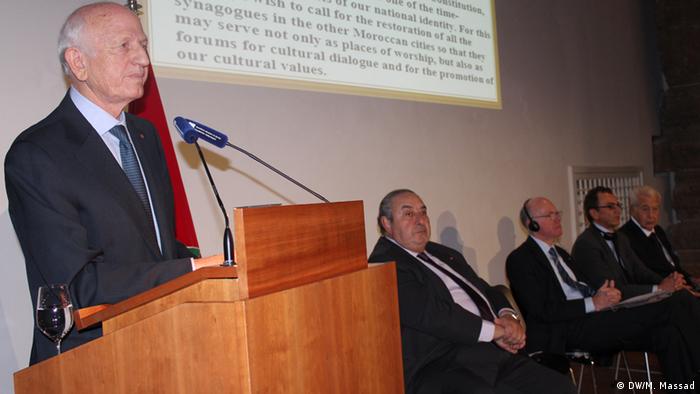 For a multicultural Morocco (from left to right): André Azoulay, advisor to King Mohammed VI, Serge Berdugo, President of the Council of Jewish Communities in Morocco and the former President of the German Bundestag, Norbert Lammert

The program for the presentation of the Jewish heritage started at the beginning of the new school year in Morocco. For the first time, the students were introduced to testimonies of Jewish life in Morocco, much to the delight of the country's Jewish community. The opening of the house is a "significant historical step," said Serge Berdugo, chairman of the municipality and former tourism minister of the country. "The younger generations have the right to know their history." In addition, many of his compatriots feel a deep desire to tell the lived history of Morocco.

The inclusion of Jewish heritage in school education is likely to affect future generations in two ways, experts expect. It would create awareness of the country's multicultural history and thus help promote tolerance. At the same time, it would counteract anti-Semitism and anti-Jewish stereotypes in this way. 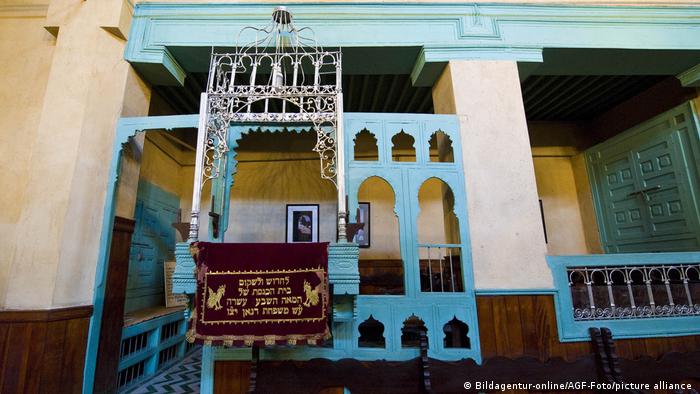 Place of worship: the Old Synagogue in Fes

Committed to the Jewish heritage

"As a Jewish community, we are very proud of this house," said singer Susan Haroush in an interview with DW. Jews coming from abroad are also taken with the facility. They appreciated how much the king was committed to the Jewish heritage of Morocco.

It is not known exactly how many Jews are currently living in Morocco. On the basis of statistics, however, one can assume around three thousand people - a tiny sum compared to the around 250,000 who lived there in the 1940s, before the mass exodus to Israel. At that time the Jews made up around a tenth of the entire Moroccan population.

According to historians, Morocco protected Jewish citizens during the French colonial period as well as after independence. During the Second World War, King Mohammed V rejected the anti-Semitic policies of the Vichy regime, which was cooperating with the Nazis. "There are no Jews in Morocco," the king declared at the time. "There are only Moroccans and they are all my subjects."

In recognition of his services to the protection of the Jews, Israel erected a monument in the city of Ashkelon in honor of Mohammed V and called him a "friend of the Jewish people". 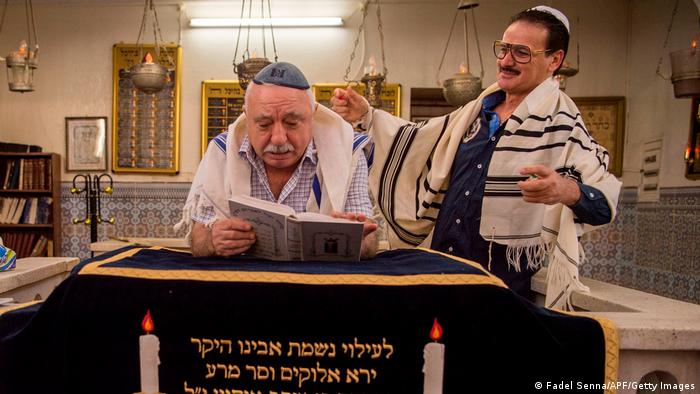 "Part of our memory"

As a result of the Arab-Israeli wars of 1948, 1967 and 1973, the number of Moroccan Jews declined. In Israel, on the other hand, the number of Jews with Moroccan roots increased. It is currently estimated at around six hundred to nine hundred thousand. Their political influence has grown accordingly. The Jews who remained in Morocco made a significant contribution to keeping Moroccan-Israeli relations alive. Both countries are connected to one another through business and tourism in particular. In the course of the Arab-Israeli conflict, Morocco was often active as a mediator.

Every year many Moroccan Jews visit Israel to take part in pilgrimages there. Morocco, for its part, has over 500 Jewish places of worship, most of which are located in the south of the country. Centers of Jewish life were and are among others Essaouira, Casablanca, Rabat, Fez, Marrakech and Meknes.

"The Jews have lived with us for a long time," says an old Muslim passerby. "We worked together and there was never any significant quarrel. You were active in trade and industry, we Muslims in agriculture and traditional handicrafts. The Jews here are part of our collective memory."