How is Rio during Carnival

Heaven on earth in Santa Teresa

to the mobile version 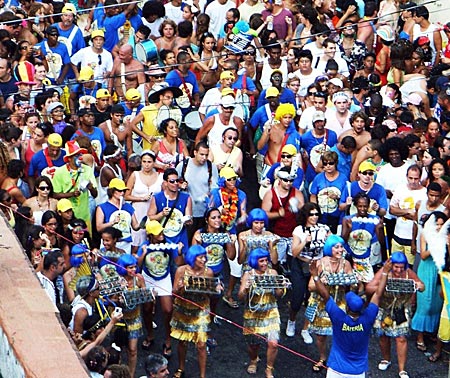 During the Carnival in Rio de Janeiro, the famous samba schools parade in the Sambodromo. But the real Carnival of the Cariocas is in the streets and alleys of Rio. And the best place to experience the spectacle with more than 30 degrees of heat and 90% humidity is Santa Teresa, the district on a hill in the heart of Rio, surrounded by almost 20 favelas. The street carnival actually starts much earlier here. Every weekend the Blocos, the local samba schools, drum up the streets of Santa Teresa's: Exercise for the big parades during the carnival week. 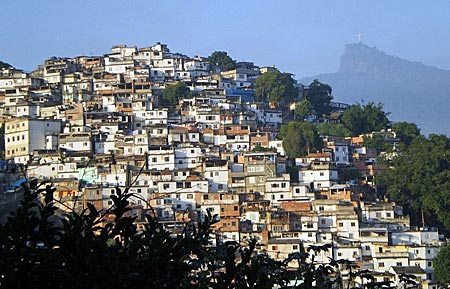 One of the Farvelas around Santa Teresa

"The Carmelites" (Carmelitas) are one of the most famous blocos in the area. A nun's bonnet and bikini are the hallmarks of this samba school, which is reminiscent of the centuries-old monastery of the Carmelites of Santa Teresa. The most colorful and popular bloco, however, is “Céu na Terra”, heaven on earth. The Bonde, the last tram in Rio that is over a hundred years old, is his trademark. Normally the old tram would go through Santa Teresa packed with musicians and surrounded by hundreds of dancing people, but unfortunately Rio de Janeiro's government has shut it down for several years for "safety reasons" and is having the entire rail system renewed at great expense. This “tram reform” should have been ready for the 2014 World Cup. Nothing! The Cariocas hope that Santa Teresas Bonde will return to the 2016 Olympic Games. 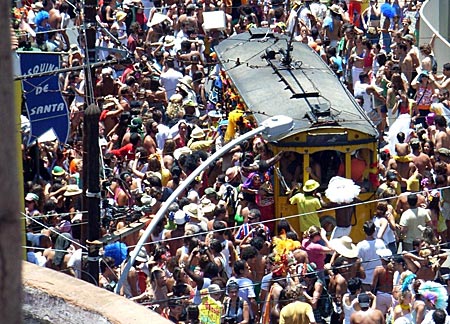 "The Bonde is our lifeline," says documentary filmmaker Márcia Gomes from Rio, who has lived in Santa Teresa for a long time. But it's not just the lack of a tram that troubles the residents of the district known as the “artists' quarter”. Santa Teresa has changed a lot for about eight years since it was discovered as one of Rio's most interesting tourist destinations and since Rio de Janeiro won the Olympic Games tender. More and more vacationers and fewer and fewer Santa Teresians. Santa Teresa was a colorful mix of long-established families, Brazilian students, craftsmen and artists as well as life artists and survivalists from all over the world such as the famous English mail robber Ronald Biggs, according to Marcia Gomes: "But there where until recently just families or Musicians, authors, poets and journalists who were still hoping for a breakthrough lived, now hostels and hotels have moved in. " 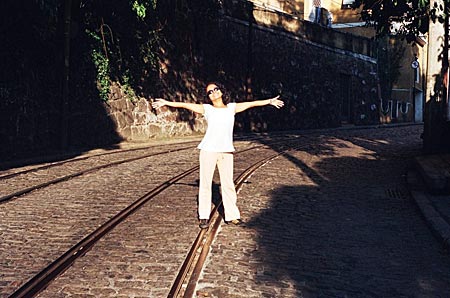 Land and rental prices skyrocketed, and those who couldn't keep up financially or who were lucky enough to be a homeowner had to move away. Nevertheless, Santa Teresa is still one of the most livable places in Rio - with and without bonde, during and outside of Carnival. 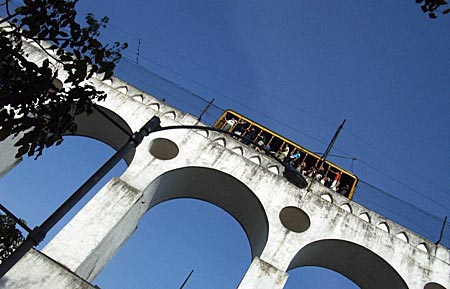 About a dozen restaurants and bars invite you to Santa Teresa. A visit to the Bar do Mineiro is a must. It belongs to the art collector Diógenes Paixão from Minas Gerais and is a combination of traditional restaurant and gallery for modern art. You don't have to pay entry. But you should have eaten the Feijoada at Bar do Mineiro at least once, otherwise you haven't been to Rio. 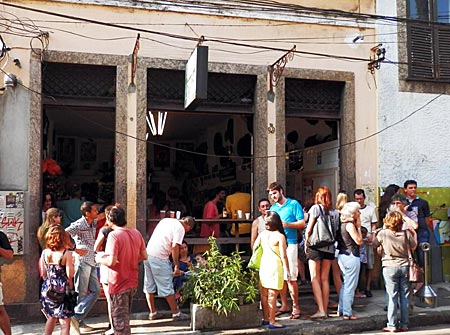 Just a stone's throw or two street corners away - you just follow the tram tracks - the corner pub Armazém São Thiago, one of the most typical bars in Rio, is around a hundred years old. Santa Teresians consider it the Bar do Gomez, named after their old, but now retired, bar manager Senhor Gomez. We recommend: freshly tapped beer or a caipirnha mixed with Cachaça Magnífica, the traditional sugar cane schnapps from Rio de Janeiro. Also ice-cold “Gengibre”, a mix of cachaça and ginger made in Santa Teresa. 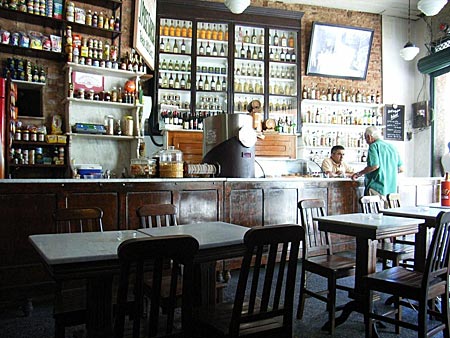 The Bar do Gomez opens at noon. It's still quiet there and you can enjoy the first cold beer of the day in peace. From five o'clock it gets full and the Cariocas start to hang like grapes on the corner bar. 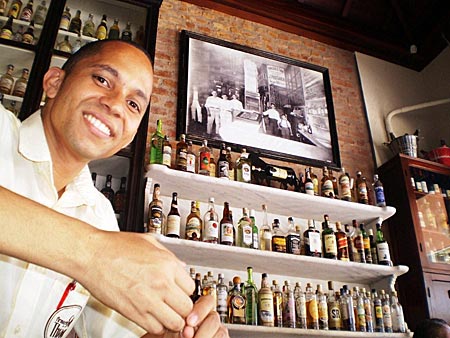 In the Bar do Gomez

During the Carnival, the Armazém São Thiago is probably the best strategic place. The local Bloco Aconteceu has its meeting point here and this is where most of the carnival parades pass, including Ceú na Terra. 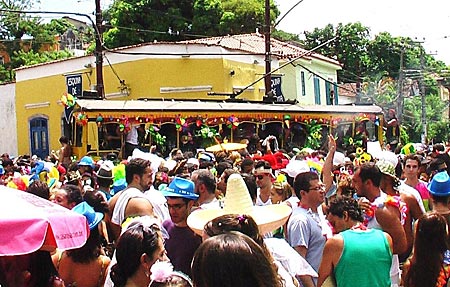