After how many years should a car tire be changed and how can you tell its age? 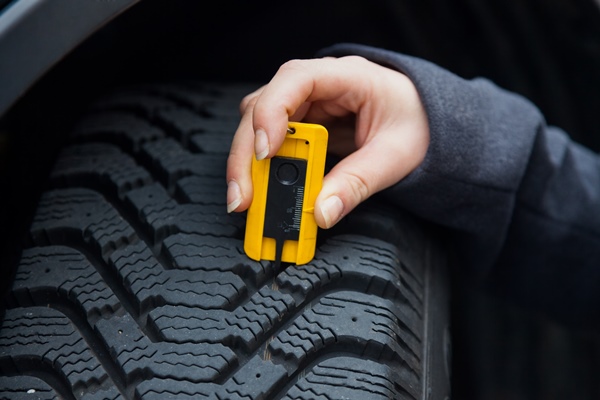 When metal rusts, you can see it quickly, you can also clearly see the aging process in people, but what about tires for vehicles? And how old can a tire actually be before it has to be changed.

Pay attention to the DOT marking!

You can find all the information about the age of the tire itself on the tire. The DOT (Department of Transportation) number has been on every tire wall since 2000. In total, a DOT marking consists of four numbers. The first two numbers show you the week in which the tire was manufactured and the last two numbers show you the year of production. For example, if the tire is marked with the number 1911, this means that the tire was manufactured in the 19th week of 2011. You could say sometime in 2011 between May 16th and May 22nd. If the DOT number is labeled with the numbers 0905, the car tire was manufactured in 2005, in the week between the end of February and the beginning of March. This means that this tire is already more than 13 years old, as we are already in 2018. However, there are also tires that were manufactured before the year 2000, these are only marked with only 3 digits and a symbol. The first two numbers stand for the calendar week and the third number shows the year of manufacture. If the DOT marking has only 3 numbers and no symbol, this means that the tire was produced before 1980. Such car tires should under no circumstances be used in road traffic, even if they have never been used before. Over the years, the rubber of the tires also becomes brittle and also loses grip.

But not only does the age of the tires play an important role, you should also pay attention to how much or how often they have already been used on the road. For example, if your tires are only 3 years old, but already have hundreds of thousands of kilometers under their belt, they will certainly appear older than tires with an age of 5 years, which have only been used rarely. In addition, sunlight and other weather conditions leave clear traces on car tires. In addition, improper storage also contributes to the aging process of the tires.

For example, if you are toying with the idea of ​​buying used tires, you should definitely pay attention to the condition of the tires. Check the tires carefully and find out how much it has already been used. You can also apply this knowledge to your tires and determine when a change should take place. However, there is no legal requirement as to how old a car tire may be. However, it is recommended that a car tire should be replaced after a maximum of 10 years. However, several car tests recommend that you should buy new tires after just 6 years. Nevertheless, most tires have already reached their wear limit beforehand. There are also a few legal requirements for this. After a tire has reached the minimum tread depth of 1.6 mm, it has no place in traffic either. Nevertheless, the ADAC recommends that you should change a car tire with a tread depth of 4 mm. If you check your tires regularly, you can quickly find out for yourself when a tire should be changed, because safety on the road is the top priority.

What should you watch out for now?

A look at the DOT number can always be worthwhile. In this way, you can at least see the age of the tires, although, as already mentioned above, this is not always decisive for changing the tires. However, it is important that the general condition of the tires is checked regularly. The tread depth plays a very important role. You should change a summer tire when it has reached a professional depth of 3 mm and a winter tire when the tread depth is 4 mm. You should also check whether there are already nicks, cracks or cuts in the tire.