Is Tunisia a poor country 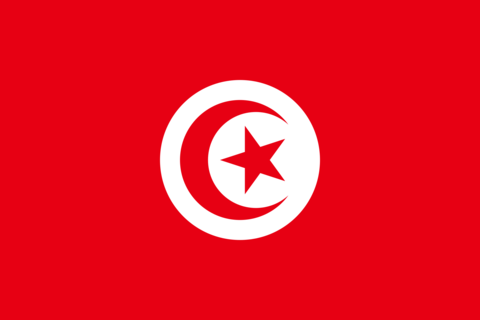 Tunisia is located in northern Africa and borders the Mediterranean Sea. Its neighboring countries are Algeria in the west and Libya in the east. The climate in the country is divided into two parts: Mediterranean, characterized by its proximity to the Mediterranean, it is in the north, in the rest of the country there is a desert climate. In Tunisia it is very hot in summer and even in winter temperatures rarely drop below freezing point. There is little rain in the whole country, so Tunisia consists mostly of steppe and desert.

In January 2011, the anger of the people in Tunisia, which had been pent up over many years, over the conditions in their country erupted in a revolution. People were angry that only a few people in the country were very rich, while the vast majority of the population lived in dire poverty. Above all, many young and well-educated people called for more democracy, justice in society and jobs. The old president was overthrown and the undemocratic parliament was dissolved. The first democratic elections took place in October 2011.
This uprising in Tunisia marked the beginning of the so-called "Arab Spring", the democracy movement that soon spread to many other countries in North Africa and the Arabian Peninsula.
Many people have high hopes for the new beginning in Tunisia. In the new constitution, which was adopted in 2014, ideas of the rule of law play a major role. In addition to improving the human rights situation, combating poverty and high unemployment and improving the education system are important political tasks. Because despite compulsory schooling, many Tunisians cannot read and write.

The hub of an ancient world empire

The modern capital Tunis is located in the north of the country. Almost 3,000 years ago there was an important city nearby: Carthage. It was one of the most important trading posts in antiquity and the capital of the Phoenician Empire. The Romans took Carthage in 146 BC. Conquered. They ruled there until the Arabs came to power 800 years later.
The country had been a French colony since the late 19th century. That is why many people still speak French in addition to Arabic. Tunisia has been an independent state since 1956 and has often been a pioneer among Arab countries: It was the first Islamic country to introduce women's suffrage. In its constitution from 1959, Tunisia also abolished the strict Islamic legal system Sharia.

The nutrient-poor soil in Tunisia hardly allows agriculture. Nevertheless, olives, citrus fruits and dates in particular are grown. The country is rich in raw materials such as phosphate, petroleum and natural gas, gold, iron ore and zinc. Overall, the emerging country Tunisia with its growing industry is doing well economically and is considered one of the most competitive countries in Africa. Important trading partners of Tunisia are the countries of the European Union. The largest source of income in the country, however, are the many people who spend their holidays in Tunisia. With long sandy beaches, historical sights and bazaars, the island of Djerba and the city of Hammamet, for example, are popular travel destinations. Excursions into the Sahara desert are also popular.

Most of the people in Tunisia belong to Islam. Occasionally there are small Jewish or Christian communities. Since most people are very religious, they strictly adhere to the fasting month of Ramadan. That means: during the day do not eat, drink or smoke anything. After Lent, Muslims celebrate the breaking of the fast with lots of good food. The national dish in Tunisia is couscous. Couscous is a cereal preparation that can be served in many different ways. People eat in the traditional way with their fingers and from a common plate for everyone.