Why don't people accept that they are ignorant? 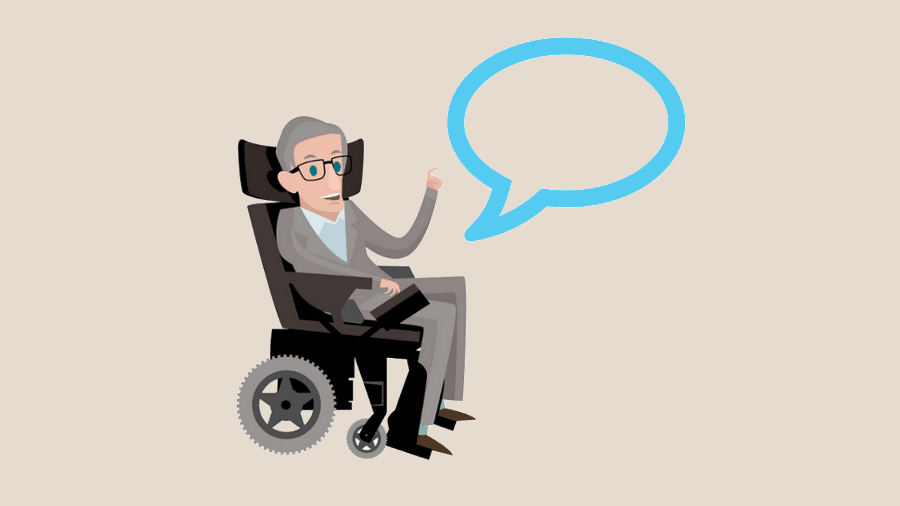 Stephen Hawking was one of the most important physicists that we were allowed to experience. Other legends such as Marie Curie, Issac Newton or Albert Einstein have of course also achieved extraordinary things - but we only know these people from books or copied Wikipedia entries.

Stephen Hawking was real. Until recently.

His book “A Brief History of Time” (affiliate link) has been on my reading list for months. When I first saw him on TV, I couldn't do much with him. "Some super genius who does complicated things that have nothing to do with my life," I thought. Then I heard him talk, read his texts and started to like him.

His positive attitude, despite serious illness, was admirable. He always seemed happy and optimistic - although he liked to draw gloomy scenarios using artificial intelligence. I will also miss his caustic comments about religion and human errors of thought.

I didn't understand his research, but I liked him. That is why I have collected the 33 most beautiful quotes from Stephen Hawking in this article. If you've read it, you'll like it too.

Life would be tragic if it wasn't fun.

The greatest enemy of knowledge is not ignorance, but the illusion of knowing.

My goal is simple. It is the complete understanding of the universe - why it is the way it is and why it exists in the first place.

We are all just an evolved kind of ape, on an insignificant planet of a very average star. But we can understand the universe. That makes us very special.

If aliens are ever to visit, I think the outcome will be like Christopher Columbus' first arrival in America - which didn't work out too well for Native Americans.

I wouldn't compare the joy of discovery to sex because it takes longer.

The greatest human achievements have come about through communication - the worst mistakes from not talking to each other.

Next time someone complains that you made a mistake, tell them it could be a good thing. Because without imperfection, neither you nor I would exist.

Asking what was before the beginning of the universe is as pointless as asking: what is north of the North Pole.

I have no idea what my IQ is. People who brag about their IQ are losers.

It is not clear that intelligence has any long-term survival value.

Even when I can't move and I have to speak through a computer, I am free in my head.

We run the risk of self-destruct out of greed and stupidity.

Intelligence is the ability to adapt to change.

Unlike our intellect, computers double their performance every 18 months. Hence, there is a real danger that they will develop intelligence and take over the world.

Computer viruses should count as a way of life. I think it says something about human nature that the only form of life we've created so far is purely destructive. We created life in our own image.

Every math formula in a book halves the sales of that book.

Work gives your life meaning. Without work, your life is empty.

Isaac Newton was a great scientist, but not a particularly nice person.

What did God do before he cared about the creation of the universe? Has he prepared hell for people who ask such questions?

Silent people have the loudest thoughts.

Even those who claim that everything is predetermined look left and right as they cross the street.

I think the Simpsons are the best on American TV.

I think we can become a lot smarter than the characters from Star Trek - which isn't particularly difficult either.

If you're lucky enough to find love, remember it's there and don't just throw it away.

Women. They are a complete mystery.

It's not good to get angry when you're stuck.

My expectations were reduced to zero when I was 21. Everything since then has been a bonus.

The afterlife is a fairy tale for those who are afraid of the dark.

I am not afraid of death. But I'm not in a hurry either.

Remember to look up at the stars, not down at your feet! Try to make sense of what you see and wonder what makes the universe exist. Be curious. No matter how difficult life may seem, there is always something you can do and be successful in.

The important thing is that you don't give up so easily.

In researching this article, I read almost all positive things about Stephen. He was popular and revered for his scientific achievements. His human side is almost drowned out.

Everyone who met him or was allowed to work with him raved about his cordial nature. He was a "living inspiration" wrote one of his former employees. I think he will remain an inspiration.