When did the Brexit vote begin?

The Brexit final: the most important facts about the vote

What exactly do the MPs vote on?

The debate and the subsequent vote on Tuesday will be about whether the British Parliament supports the resignation agreement from the European Union. The agreement is the legally binding text that defines the conditions for leaving the EU. Separately, MEPs will also vote on a declaration detailing the UK's post-Brexit relationship with the EU.

Prime Minister Theresa May needs 320 votes to get her deal with the EU through parliament. However, it does not have an absolute majority in the 650-member parliament. In addition, Brexit hardliners have already announced in their own Conservative Party that they will vote against the plan. In addition, the Northern Irish Democratic Unionist Party (DUP), which also supports May's government, rejects the deal with the EU. The reason is the so-called backstop regulation: The plan provides for an open border between Northern Ireland (British territory) and the EU member Ireland if the UK and the EU cannot agree on a new free trade agreement by December 2020. Both the DUP and the conservative hardliners fear that the backstop would tie the UK and EU together indefinitely.

How does the voting work?

A five-day debate began on January 9 and ends on Tuesday (January 15). The MPs then vote on various points: First on amendments to the government proposal and finally on the proposal itself. 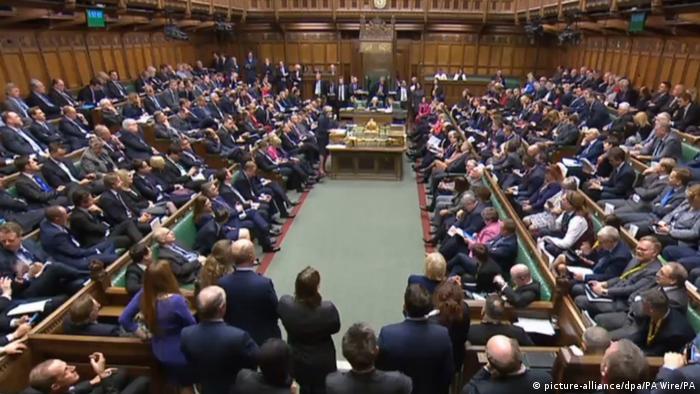 The government has already suffered two setbacks in this process: the MPs have already approved an amendment that states that the government can no longer determine financial expenditure without the approval of parliament. This is intended to offset the effects of a possible no-deal scenario without the involvement of Parliament.

Second, if May loses the vote and has to come up with a Brexit Plan B, MPs have redefined the schedule. Normally the government would have 21 days to find an alternative - May now has to organize this within three days.

When will the result be available?

Voting starts late in the evening. The "Speaker" (chairman of parliament), John Bercow, will, according to the protocol, call on the supporters of the deal to shout "Aye" and the opponents "No". If he cannot judge whether a clear result is available, a kind of mutton jump procedure, the so-called "division", takes place. This procedure is called "Clear the lobbies!" (Make the rooms free!) Announced.

During a "division", the MPs have to choose either the "aye lobby" or the "no lobby". While the MPs go through the respective entrance to the lower house chamber, their names are recorded, the vote counters then evaluate. The lead teller and the speaker of parliament then announce the result. The whole process takes about 15 minutes.

What if May loses the vote?

The law actually stipulates that the government must give notice of how things will proceed within 21 days. However, as has already been stated, Parliament has shortened this period to three days. May has already announced that the UK will leave the EU on March 29th without a deal if her proposal is rejected.

For May personally, this result could mean the end of her term as Prime Minister. Although she survived the vote of no confidence within her own party in December, 117 out of 317 MPs voted against the prime minister and party leader. Losing Tuesday's vote would significantly increase the pressure on them to step down.

What is the opposition saying?

Labor leader Jeremy Corbyn has already announced that his party will vote against the EU deal. As a next step, he held out the prospect of a vote of no confidence in the government. This could possibly be followed by new elections if May is forced to resign. Should the Labor Party emerge as the winner of a possible new election, Corbyn would renegotiate the terms of the Brexit deal with the EU, he said. 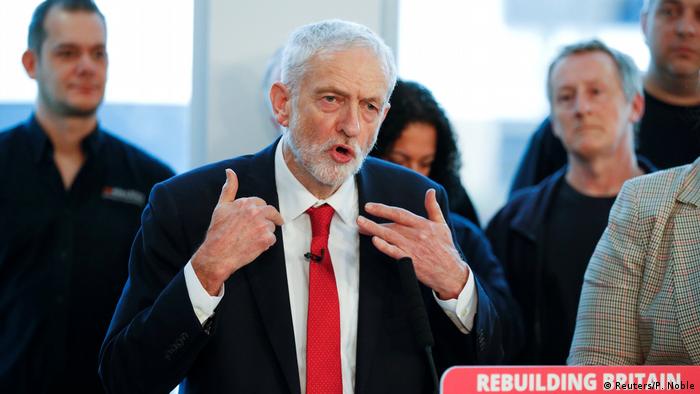 Corbyn also did not rule out a second referendum on Brexit. Many members of his party prefer another vote - but only if they cannot force a new election.

Will Brexit plunge the UK into a constitutional crisis?

Some political observers describe the back and forth over Brexit not as a clash between the UK and the European Union, but as a bitter power struggle between government and parliament. This fight can be a forerunner of a constitutional crisis because nobody really knows what will happen next and what will happen next.

At the moment there is no majority for any of the possible options: