Why is Turkey in Asia and Europe 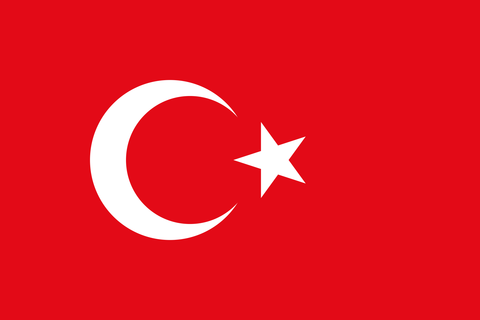 With only three percent of its area, Turkey lies in the south-east of Europe, the much larger rest of the country belongs to Asia. The Marmara Sea and two straits separate the European from the Asian part. Turkey borders the Black Sea to the north, and the Mediterranean Sea to the south and west. Greece, Bulgaria, Cyprus, Syria, Iraq, Iran, Armenia and Georgia are neighboring countries.

Turkey has a presidential system. The majority of Turks decided this in a referendum in 2017. Since then, the president has also been head of government. He has a lot of power to implement his political ideas. The separation of powers practically no longer exists. The Turkish administration is centralized. This means that the counties and provinces are ruled by politicians appointed by the government in the capital.

The European Union and Turkey have been negotiating accession since 2005. The European Union makes political and economic demands on its members. The main themes in the accession negotiations with Turkey are respect for human rights, stable democracy, freedom of expression and the protection of minorities. It is particularly about the Kurdish population. So far the negotiations have not come to a conclusion because the EU does not consider its membership requirements to be met. It is uncertain whether Turkey's accession to the EU will continue to be negotiated in the next few years.

Istanbul, the largest city in the country with over 15 million inhabitants, is the only city in the world that is located on two continents. The Bosphorus Strait divides Europe from Asia here. Istanbul is one of the oldest cities in the world. It used to be called "Constantinople". Istanbul is the best-known and economically most important city in Turkey. But the city is not the capital. It is rather the city of Ankara with "only" over 4.5 million inhabitants. Ankara is located in the middle of the Turkey.

Anyone who comes to Turkey from a Christian country is not only traveling to another country, but also to a different culture. Islam is the main religion in Turkey. The President also makes sure that people respect Islamic customs and traditions. However, there are big differences between life in the city and in the country. The big cities in western Turkey are very modern and many people there are western orientated and dressed. It is different in the country and in eastern Turkey. It's more traditional there. This part of Turkey is far less developed. So there are great economic and social differences in society.

Popular holiday destination with a lot of tradition

Turkey looks back on a long and exciting history. Two of the seven ancient wonders of the world were located in the country: the mausoleum of Halicarnassus in Bodrum and the temple of Artemis in Ephesus. And in many places one comes across remains from the time of the rule of the Roman Empire and from the early history of Christianity. But most holidaymakers look forward primarily to the beautiful beaches on the Mediterranean, the hospitality of the local population and the delicious food.