Which Games Workshop board game was your favorite?

Do you like to swap your controller for dice or play a board game? We introduce you to six board game adaptations of popular games for PC and consoles that bring video games into the analog world.

Gambling at the table instead of on the screen: Board games are definitely part of your home collection. Some popular video games are even available in analog versions. We took a closer look at six board game adaptations of popular games.

Small World of Warcraft: Build your own WoW empire

"Small World" is actually a strategic board game. Small World of Warcraft now combines the game mechanics with elements from the World of Warcraft universe (WoW): You try to build an empire with up to four other players. With the help of WoW peoples (such as the portal mage pandaren or goblins) you fight for the world called Azeroth. Each nation receives individual special abilities through attribute cards. Regions like Karazhan or the Dark Portal play just as important a role on your way as artifacts that you know from the WoW world. 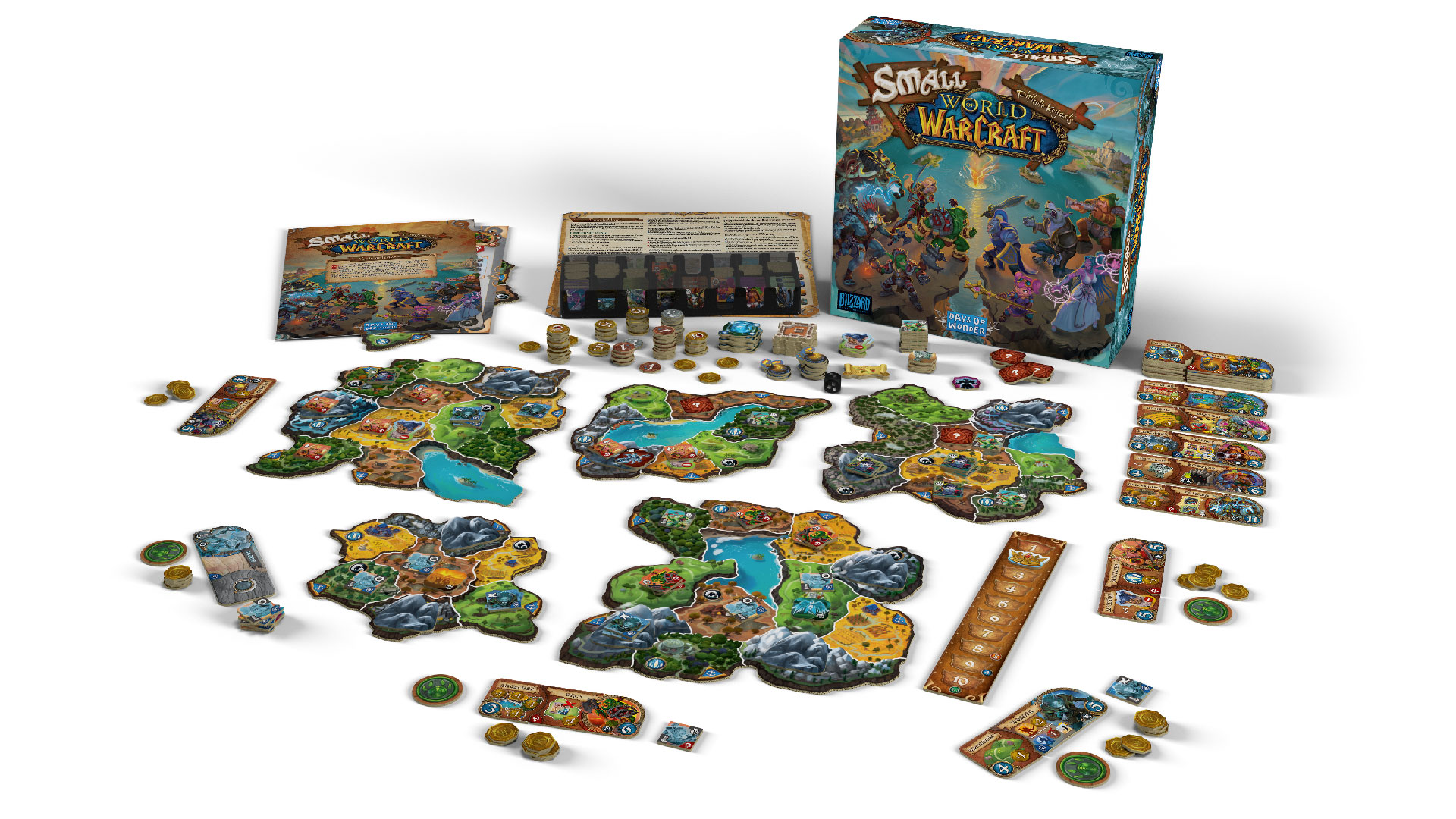 Small World of Warcraft is suitable for two to five players and is recommended from the age of eight.

World of Tanks Miniatures Game: The online tank game for your table

The free multiplayer shooter World of Tanks also has a board game adaptation. With World of Tanks Miniatures Game you can get started in a flash, because the rules are simple: Take command of a tank unit and try to destroy your opponent. To win, you have to choose moves and the right use of your tanks and special skills. You can also upgrade your tanks and train your crew. In addition to four mini tanks, the starter set contains game elements such as terrain and upgrade maps.

World of Tanks: The Miniature Game is available in German from the Wargaming Store and can be played with up to three other players. The game is recommended for ages 14 and up.

In the analogue adventure Minecraft Builders and Biomes you win if you collect the most experience points. Your task is to collect raw material blocks such as wood or obsidian for building and to fill the playing field with palaces or bridges. The game is over as soon as all blocks have been removed. Of course, nothing works in the board game variant without the mean monsters like Creeper, Zombie and Enderman. The fights are short but intense. With the help of special weapon tokens, pickaxes or swords that you collect while playing, you can compete against the enemies and secure further bonuses if you succeed. A solid and fun transfer of the Minecraft world to a parlor game.

You can buy the German version of Minecraft Builders and Biomes directly from Ravensburger. The game is recommended for two to four players and from the age of 10.

Civilization - A New Age: Classic strategy game based on a board game

Sid Meier's Civilization has been delighting fans of turn-based strategy games since 1991. But did you know that the classic and its sequels are actually based on a board game from 1980? The series has been continued virtually and analogue since then. The latest version Civilization - A New Era (2020) is, like the PC version, about building your own empire. How you do it is up to you: You can rely on research or rather build a raw material monopoly. Trading is of course just as possible as conquering the territories of your fellow players.

Civilization - A New Age is published in German by Asmodee. You can play with up to three players, ages 14+.

God of War: The Card Game - Cooperative to Victory

In God of War: The Card Game, on the other hand, it is not about asserting yourself against other players. In this card game, you have to work together to win the game. This is the case when you have completed the required quests and defeated the final boss. You and up to three friends take on the roles from God of War. For example, you play as Kratus or Atreus. You can also upgrade your character with the help of action cards. Together with your fellow campaigners you will then fight against nasty monsters; various quest cards guide you through the game. You can also play it alone, but then take on several characters at the same time. A successful card game adaptation of the action game with a focus on cooperation.

God of War: You play the card game alone or with up to four other players. It is recommended for ages twelve and up.

Horizon: Zero Dawn was a huge hit on PS4. A PC version finally followed last August. Far away from the screen, you can also immerse yourself in the world of the hunters. The semi-cooperative board game Horizon Zero Dawn: The Boardgame is a classic adventure game with a good dose of tactics. First of all, you and your fellow players have to determine a breed and class for the respective hunter. Then the adventure begins. Depending on the task, it is also better in this game if you team up and strengthen your figure with the help of various skills. The detailed game figures are particularly striking. With its mixture of tabletop feeling and a focus on tactics, the board game is primarily something for connoisseurs, but it could also inspire newcomers.

Horizon Zero Dawn: The Boardgame is currently only available in English in the Steamforged shop. It works alone or with up to four players and is recommended from the age of 14.

Board games fill your shelves just like video games? Tell us in the comments which board game adaptation of a game is your favorite.